Ayo's Clutch Closing Efforts, What He Is, and Who He Can Be Skip to content 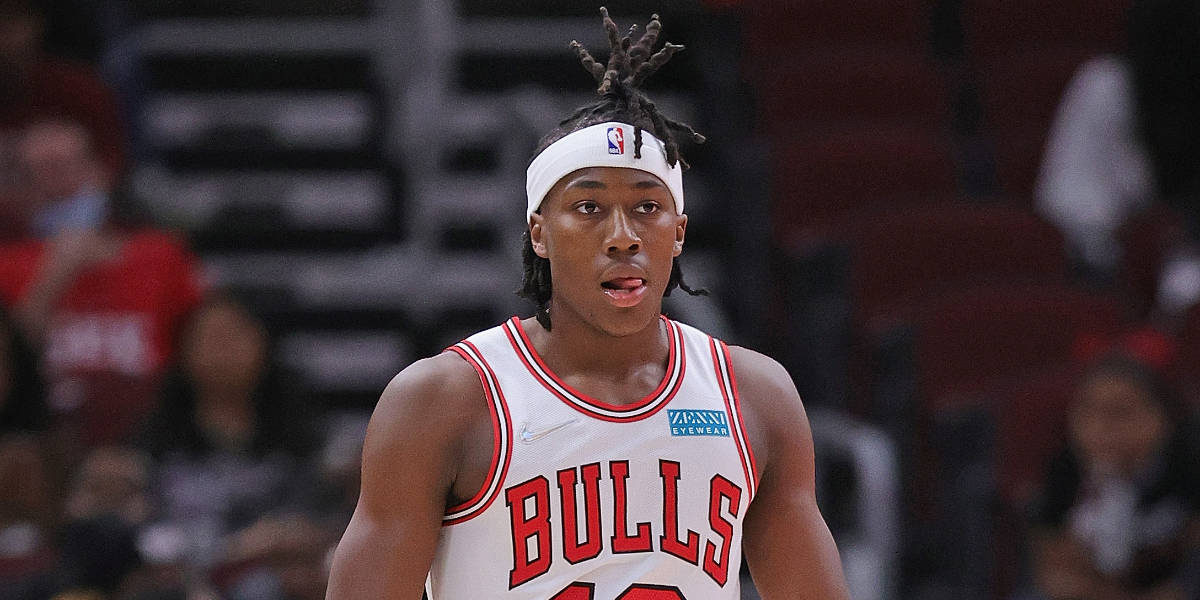 Type “Ayo Dosunmu Game-Winner” into Google, press enter, and the internet will basically come back to you with “which one?”

Dosunmu’s first warning shot was sent on February 5th, 2019. I was comfortably planted in my press seat at State Farm Arena when the team’s five-star prospect turned the entire Fighting Illini program around in just one shot. “This won’t end well for Illinois,” color announcer Dan Dakich uttered on the broadcast as the 7-15 Illini held just a 3-point lead over the No. 9 Michigan State Spartans.

Dosunmu – not yet known for his heroics – pulled up from long-range and drained the dagger. Two minutes later, fans were on the court, Dosunmu was on Cloud 9, and the Illini had their first win over a top-10 opponent since 2013.

Throughout his three seasons of college basketball, there was arguably no player more clutch than Dosunmu. On any given night he did things like …

•   Drill a Curry-range 3 with under 30 seconds to go to beat Ohio State
•   Score 16 points in the final 9 minutes to beat rival Indiana
•   Pull off the floater with 16 seconds to go to beat No. 9 Penn State
•   Hit an elbow jumper with 35 seconds left to grab a four-point lead over No. 18 Iowa
•   Score or assist on the Illini’s final 14 points to beat Wisconsin on the road for the first time in 15 tries
•   Finish Michigan with a savage midrange jumper over their best defender with 0.5 seconds to go

He may not have been the most athletically gifted player on the floor, but he may well have been the most prepared. No light has ever been too bright for Dosunmu, and we learned on Monday this now includes the bulbs that hang over the United Center court.

“He doesn’t have any fear at all offensively or defensively,” Zach LaVine told the media after a 102-101 preseason win over the Cavaliers. “Asks a whole bunch of questions. I mean, he’s probably asked more questions than any rookie I’ve been around on and off the court. He wants to learn. And, like I said, he’s stone cold. He doesn’t care about the situation. He is going in there, and he’s going to play his heart out.”

Dosunmu checked into Chicago’s third preseason game with 7:24 left to go. The team held a brief 2-point lead that quickly turned into a 92-86 deficit with a little over 5 minutes to go. It was all-too-familiar territory for Dosunmu, who went on to score 9 points in the final 4:44 of action.

With 41.2 seconds left, Dosunmu took Cedi Osman off the dribble to give Chicago the go-ahead bucket at the rim. Then, with 13.8 seconds on the clock, the rookie put Osman on skates yet again to finish the 8-foot shot for a 102-99 advantage.

Can you call it vintage Dosunmu if he is just 21-years-old?

A pair of clutch buckets from Ayo Dosunmu win it for the @chicagobulls! pic.twitter.com/fllSYByrYk

Look, I know we’re talking about preseason basketball, but a moment like that from the team’s second-rounder still holds weight. Not only is it encouraging to see Dosunmu’s poise and confidence remain sky-high at the next level, but those two buckets display an ISO scoring ability he struggled to find against NBA size during Summer League.

We also can’t brush aside the commentary from team leader Zach LaVine. Dosunmu’s preparation and mentality behind the scenes sound just as meticulous as ever, which reads especially encouraging considering a role for him on this roster has yet to materialize. And, to be sure, that isn’t going to change after one clutch preseason performance.

Dosunmu is bound to face extended stints with the Windy City Bulls. Unless the Bulls sustain a load of catastrophic injuries, we shouldn’t expect to see the rookie much at all this season. As a player who lacks that “it factor” in any one category, he needs more time to find his way in this league. But, hey, that’s okay! If last night reminded us of anything, it’s that Dosunmu always finds a way, right?