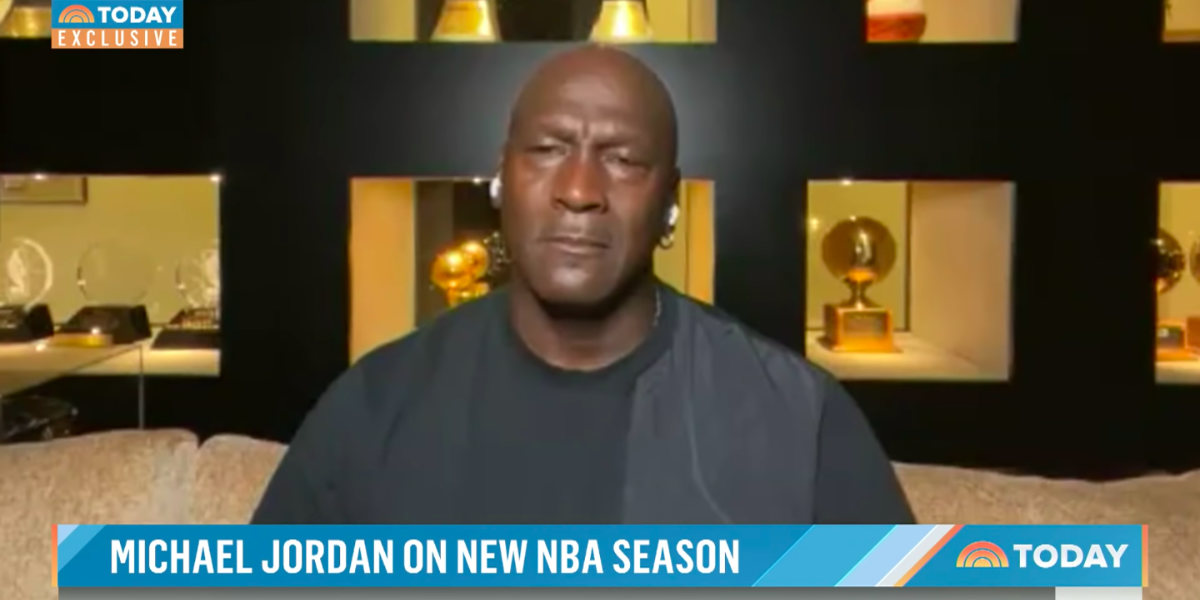 The Chicago Bulls have made their presence felt this offseason, just ask the GOAT.

Michael Jordan sat down with Craig Melvin of the TODAY show on Monday to discuss driver Bubba Wallace’s first NASCAR Series Cup victory. Wallace was Jordan’s first signing when he started his 23XI Racing club, and he recently became the first black driver to win a NASCAR race since 1963. After discussing what the victory meant to him and the sport, Jordan and Melvin turned their focus to the upcoming NBA season. And when Jordan was asked which teams other than his own Charlotte Hornets he “liked” for the 2021-22 campaign, he made sure to mention his old stomping ground.

“Well, it’s hard to knock out Milwaukee. I’m a firm believer that if you’re a champion, someone is going to have to knock you off the pedal. You got Brooklyn in the East. Miami has change. You know, my old team Chicago made some big big changes, so they may compete in the East, as well,” Jordan said with a smile. “The Lakers are going to come back, the Clippers are going to come back, who ever can battle the COVID-19 issues that they may have in the court of the year, it’s going to give that team the best chance.”

Honestly, Jordan might need to throw another “big” into that sentence. Only three players remain on the Chicago Bulls from the beginning of the 2020-21 season. The organization repeatedly made headlines this summer with additions like Lonzo Ball, DeMar DeRozan, and Alex Caruso. And, clearly, those additions have Jordan believing the Bulls can compete alongside some major company. Sounds good to me!

The NBA legend also went on to talk about the NBA’s battle with the ongoing pandemic. When asked about whether or not he stood by the league’s protocols, Jordan could not have been more clear:

“I am in total unison with the league. And I think everybody has been speaking about the vaccinations, and I’m a firm believer in science, and I’m going to stick with that. And, hopefully, everybody abides by whatever the league sets the rules. I think once everybody buys in, we’re going to be fine.”

If one thing is for sure, it’s that Jordan’s franchise – the Charlotte Hornets – has abided by the league’s policies. The team is said to be 100 percent vaccinated heading into this season, whereas the entire league reportedly sits at 95 percent.

Anyway, give Jordan’s full interview with TODAY a watch below. Not only is it nice to hear him talk about Wallace’s victory, but he touches on The Last Dance a bit at the end.