Another Underwhelming Projection, the "Fit" Conversation, DeRozan's Changing, and Other Bulls Bullets Skip to content 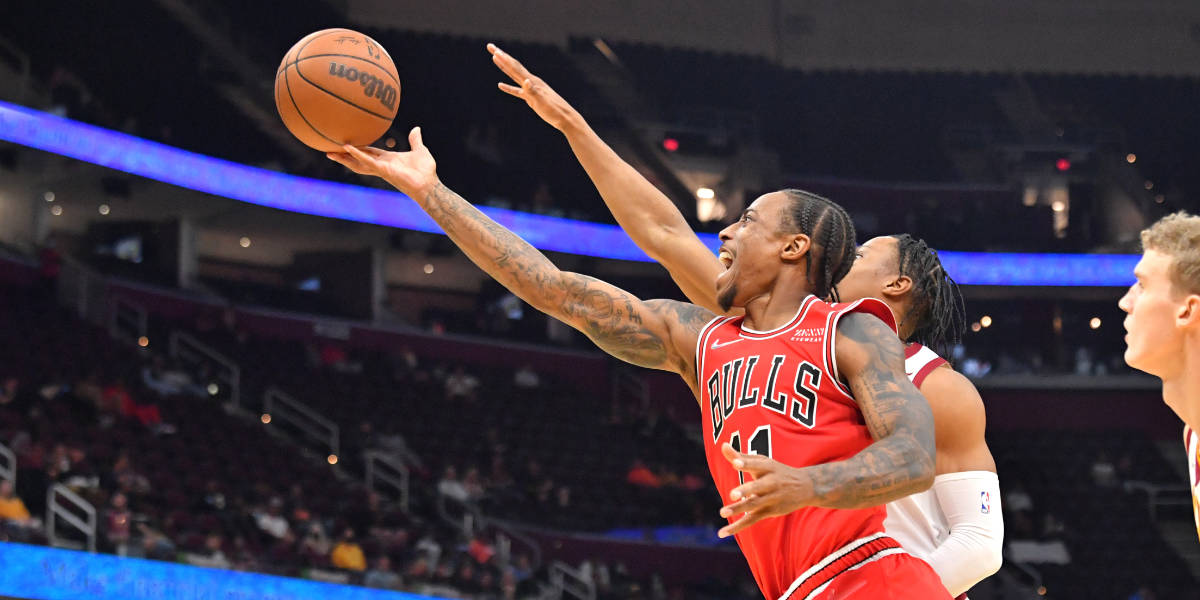 Take it away, Taylor!

•   Is anyone else fed up with all these projections and models? I’ve reached the point where I just want the season to start so we can begin to strictly evaluate the play on the court … because the confidence in this Chicago Bulls squad is thin at best. Whether it be an underwhelming initial over/under win total, ESPN’s power rankings, or Five Thirty-Eight’s most recent record predictions, the belief in this new-look Bulls team is somewhat discouraging.

•   Last season’s team was on a 35-win pace for a full 82-game season, so Five Thirty-Eight’s projection suggests that this revamped roster is only capable of winning roughly three more games. Likewise, that three-game bump would only move them into the final Play-In spot, finishing behind the Pacers, Knicks, and Raptors, respectively. For reference, both the Pacers and Raptors have one or multiple starters who may not even play the first month of the season. Indiana is still waiting to get T.J. Warren and Caris LeVert back to full health while Pascal Siakam is recovering from a torn labrum. Oh, and this 10th place finish for Chicago also comes with just a 37 percent chance to make the playoffs. Cool. Cool. Cool.

•   FWIW: At least the guys on the Bill Simmons podcast seemed to be a tiny bit more optimistic about this team. Simmons, Ryen Russillo, and Joe House all picked under 43.5 wins for LaVine and Co., but they did seem to agree this group could be toward the top of the Play-In seeding with a chance to compete for the 6th seed.

•   I’ve said it before, and I’ll say it again: I get the hesitation (well … kinda). Jumping on the bandwagon for a roster that is roughly 80 percent new is hard to do. Not to mention, jumping on the bandwagon of an organization that has missed the playoffs in four straight seasons is also hard to do. But I still think it’s quite difficult to look at this team and not see a talent level that is playoff-caliber, even if the depth is unproven. Much of the concern likely still revolves around “fit,” which I believe has become less and less of a credible argument as the season inches closer. I know we can not read too much into preseason results, but we can read into how a team flows. We have seen nothing but a willingness to share the wealth from this group thus far (third in assists per game during preseason play), and I think that has to be an encouraging sign, right?

•   Sure, I think there might be a learning curve during the first few crunch time, but the foundation of an equal opportunity offense has been pretty damn clear. Also, while DeMar DeRozan has been an extremely ball-dominant player in the past, is it dumb for me to believe he is ready to enter a new phase of his career? Not only has he talked this way repeatedly behind the scenes, but he showed us a different DeRozan last season. He had single-handedly the best playmaking year of his career, averaging a 1.07 assist-to-usage ratio that ranked in the league’s 96th percentile, per Cleaning the Glass. Likewise, his assist-to-turnover ratio was 8th among players who appeared in at least 50 games last season. The 15.1 field goal attempts DeRozan took per game were also the fewest since the 2012-13 season. So while I understand the fit may not seem the most conventional on the surface, DeRozan has been laying the groundwork to become a much more complementary player the past few seasons. He will give the Bulls a much-needed secondary ballhandler and scorer, but he will also give them a player who appears ready to play whatever role is needed.

“I mean, it’s basketball at the end of the day,” DeRozan said on Media Day. “You put me out there, I’ll figure out whatever I need to figure out for us to be successful. I don’t overthink it. I think that’s when a lot of people get in trouble, when you try to overthink this game.”

•   Last thought on the fit conversation for now: I’m not comparing the Bulls to the Nets in terms of sheer talent, but isn’t that a team everyone freaked about when it came to meshing on the court? Hell, even Joel Embiid and Ben Simmons created a consistently winning product despite being an odd fit. Oh, and we can’t forget a Harden-Westbrook combination made it to the second round of the playoffs. Maybe this point is void because the Bulls don’t have a player at the level of a Durant, Embiid, or Harden. However, I still believe that sometimes we overthink the value of simply adding talented players. The more talent you have … the better you become. Simple as that.

Sky in the Finals and Bulls in the preseason running some of the same great offensive sets. pic.twitter.com/mXLYa019jC

wait a minute wait a minute what is this Milwaukee?! Middleton comes off a double P&R with Jrue and Giannis as screeners. Jrue slips the first screen to counter the switch. Defense helps, easy kick for 3. pic.twitter.com/ssnavIHcUQ