A Good End to the Preseason, Getting to the Free Throw Line, LaVine and DeRozan, and Other Bulls Bullets Skip to content 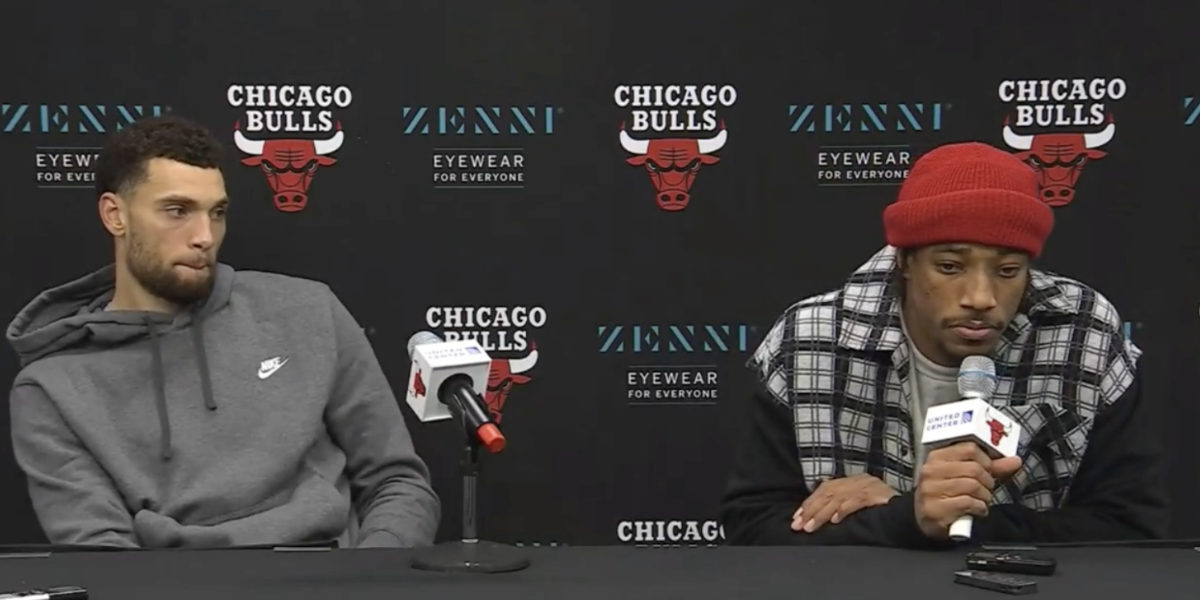 •   The Chicago Bulls’ final preseason game on Friday checked some of the most important boxes. Not only was the roster the healthiest it has been since the start of training camp, giving head coach Billy Donovan an opportunity to experiment with his preferred rotation, but the Memphis Grizzlies came ready to play. For three and a half quarters of action, I didn’t see any half-ass effort. The Bulls starters battled the Grizzlies’ projected opening night lineup. When compared to matchups with the rebuilding Cavaliers and injured New Orleans Pelicans, it was clearly the most regular-season-like contest of this four-game preseason, and it also clearly gave this coaching staff plenty of film to disect before Wednesday’s season-opener against the Detroit Pistons.

•   The Grizzlies gave the Bulls a good look at what can happen when the defensive execution is lacking. At halftime, the Grizzlies walked into the locker room with a 36-22 advantage in the paint and a 52 percent clip from the field. The Bulls may have had a slim two-point lead, but they needed a swift 6-0 run in the final minute and a half to make that happen. It was the first half of basketball where we saw this undersized team truly struggle with the physicality and penetration of another group. For the Bulls to play the uptempo style that fits this athletic bunch so well, as well as help Lonzo Ball use his transition playmaking to the best of his ability, they will need to get stops on the other end. The failure to do that on Friday turned this Bulls offense pretty stagnant. We saw the Bulls settle for several “good” not “great” shots, with DeMar DeRozan chucking up many of them in a 6-17 performance.

•   Now, unlike in years past, the Bulls were at least able to pivot and match the Grizzlies’ level of aggressiveness. The team locked in on the defensive end and finished the game forcing 23 Memphis turnovers. Their ability to get to the free-throw line was also a breath of fresh air. Zach LaVine and DeMar DeRozan went a combined 15-16 from the free-throw line. Altogether, the Bulls finished 21-24 compared to the Grizzlies’ 12-19 performance. Shooting 24 attempts in a game is nothing to necessarily rave about, but it was encouraging to see both LaVine and DeRozan put their head down in key moments and draw some easy buckets. Specifically, in the second quarter when the team was down by 9 (their largest deficit of the night), they were able to turn to the free-throw line for answers. DeRozan and LaVine were able to go a perfect 8-8 from the line in the final 5 minutes of play to help Chicago retake the lead. Remember: The Bulls ranked dead last in FTAs per game last season. Over their four preseason games, however, they sat 13th. Let’s hope that translates quickly to the regular season.

“Just trying to set the tone,” LaVine told reporters as he was seated next to DeRozan after the game. “Getting downhill, that’s on us to do, I learned a little bit from him [about] trying to get to the free-throw line and make baskets easier. We get to the penalty earlier and it helps everybody.”

•   I’ll still need to see it in the coming weeks, but I’d be lying if I said I’m not feeling so much better about this defense right now.

Catching up on some of the preseason games from last night. This is really solid defense Ball on Morant to start the game, Adams sets the ghost screen, Vucevic does a good job corralling, Ball stays step to step with Ja who jumps up with no plan and turns the rock over. pic.twitter.com/F91SrMFcI6

•   As more and more talking heads debate whether Zach LaVine and DeMar DeRozan can co-exist, Zach LaVine continues to say all the right things:

“I feel good with it. Learn when to get off the ball and let other guys operate. Get to those lanes and playing transition. I did it just this past year, this past summer, in the Olympics, so I learned how to play off the ball there. It’s a blessing to have all these different weapons, these go-to guys who are No. 1 options on the team that you get the ball and get out the way, and I’ll be here when you need me.”

•   People assume Zach LaVine desires to have the ball in his hands at all times because of the role he had to play the past few seasons. But, if LaVine wants anything, it’s more help and easier looks. The guy is not traditionally a super ball-dominant player. Chicago forced him to be practically everything on the offensive end over the past few years, which is a role he called “not fun” in recent weeks. Don’t get me wrong, I know there will be an adjustment, and I will be interested to see what happens in crunch time situations between these players, but the preseason (and the Olympics) has only made me feel more confident in LaVine’s ability to be a complementary and winning player.

•   The Chicago Bulls roster appears to be set.

Thank you to @WYHS's deaf & hard of hearing students for coming out to a White Sox game with @ZachLaVine ❤️ pic.twitter.com/7ALmfS8A5m