Zach LaVine was shooting 2-of-10 from the floor with four total points at halftime tonight. But it didn’t matter, because this is a different Chicago Bulls team. Maybe in the past, that LaVine stat line would have spelled doom for the Bulls, but this Bulls team led Detroit by 11 points at the half.

To make up for LaVine being ice cold, the Bulls put on a clinic in defensive pressure, pace in transition, and ball movement in the first half, racking up 14 assists on 18 buckets while turning the ball over once (compared to the Pistons’ 13 times). That was pretty much the game because it got ugly for Detroit in the second half.

It's really kind of wild how smooth Lonzo’s jumper is now, compared to when he came into the league. pic.twitter.com/pIeFQd6nHO

Remember that clinic in defensive pressure I was talking about? The Bulls had seven blocks and nine steals in the first half alone. Welcome to the block party, baby!

How about some of that transition offense?

By the time the fourth quarter rolled around, it was a 79-54 lead for the Bulls, who eventually led Detroit by 31 at one point in the fourth quarter. However, Detroit would try their best to salvage some dignity with a 17-0 run that trimmed the Bulls lead to 14 with under six to play in the fourth. Would it have been nice to get the starters out of the game early? Sure. But a team operating on a 30-plus point lead for the second night in a row kind of lost focus for a few minutes, and I’m sure that Billy Donovan and the vets will make sure they clean that up moving forward.

That was a blast! Let’s check out the box score: 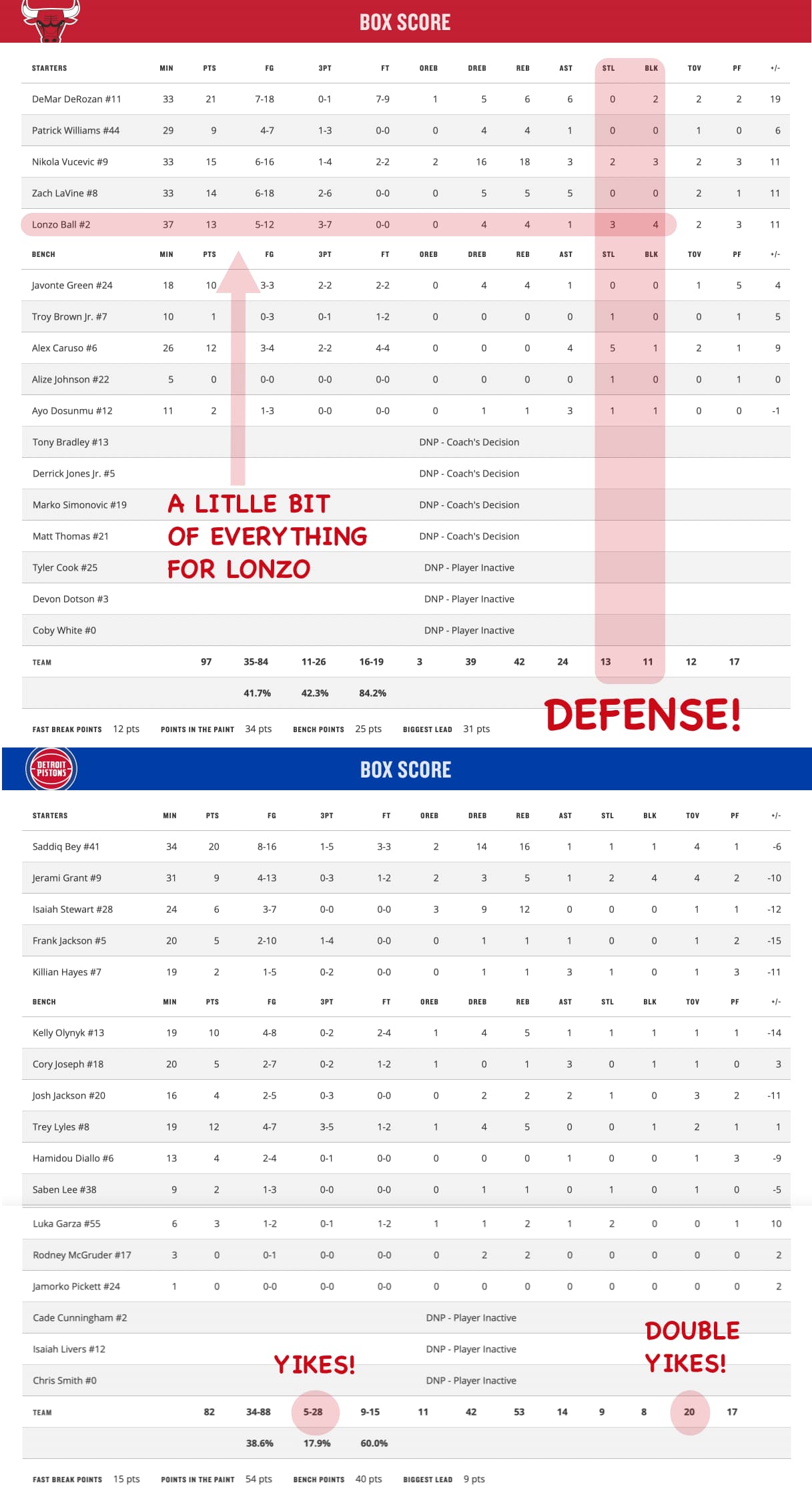 You can find the complete box score here.