The Chicago Bulls 100 percent lose that game in years past.

The Raptors’ relentless defense and physicality were unlike anything the Chicago Bulls saw last week, and it showed. When the team got up to its now-normal double-digit lead, they got all-too comfortable. Toronto refused to back down, and before the Bulls could walk off with their fourth-straight victory, the lead was just two with a little under 5:00 minutes to go.

However, it just proved to be another great example of why we saw this front office do exactly what they did this offseason. In the final few minutes with all the momentum on the Raptors side, the Bulls’ new pieces were able to put the final dagger in this dinosaur’s heart. DeRozan knocked down his clutch midrange jumpers, Alex Caruso forced a couple of much-needed turnovers, and Nikola Vucevic made his most important free-throw of the night.

Don’t get me wrong, the game still exposed holes this team must address (and we’ll talk about that tomorrow), but their ability to claw their way across the finish line is yet another encouraging sign.

Chicago is now 4-0 for the first time since the 90s, and the only 4-0 team left in the East. Go ahead, read that sentence again, it’s fun. 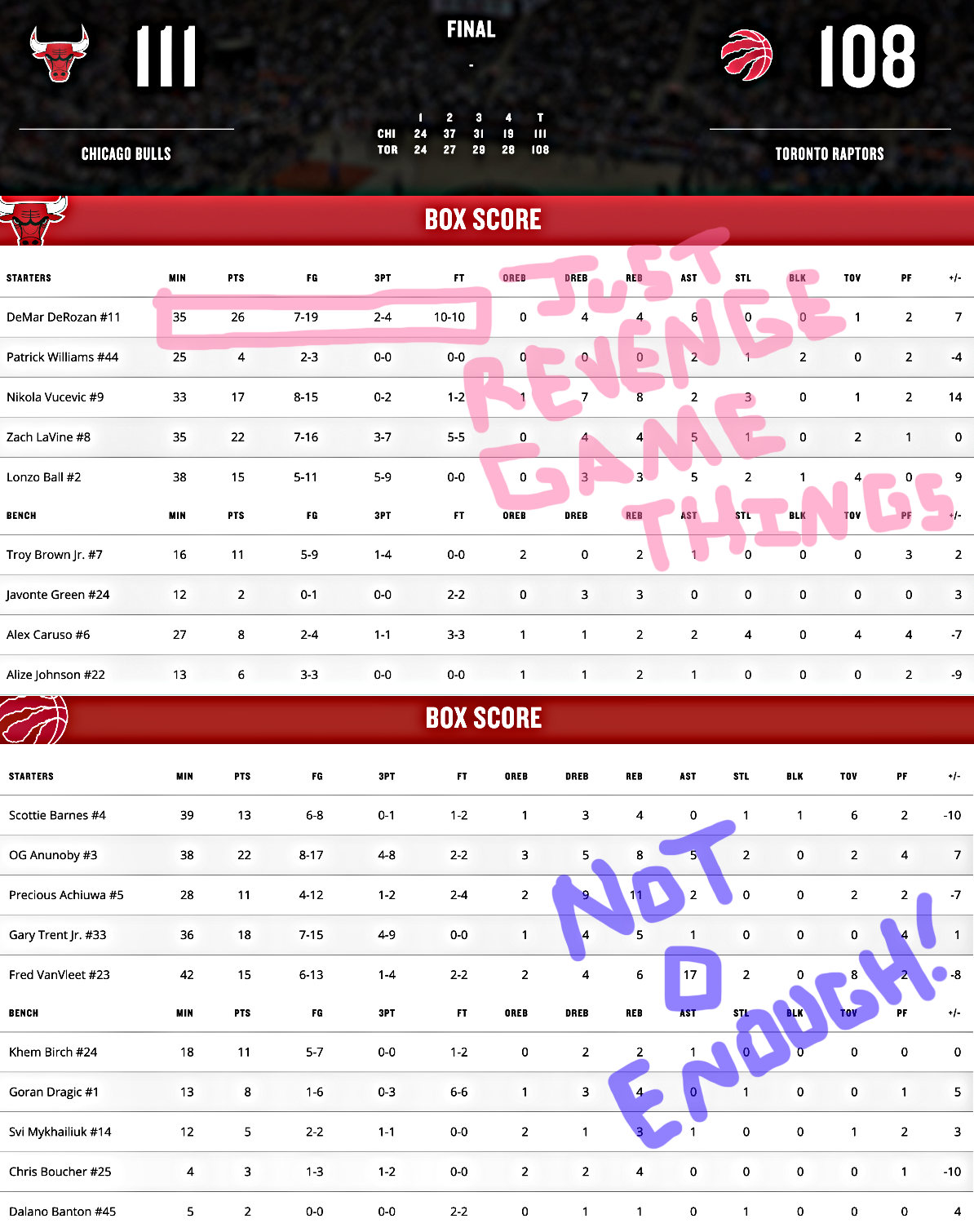