Alex Caruso Currently Leads the League in Steals, Because He is Awesome Skip to content 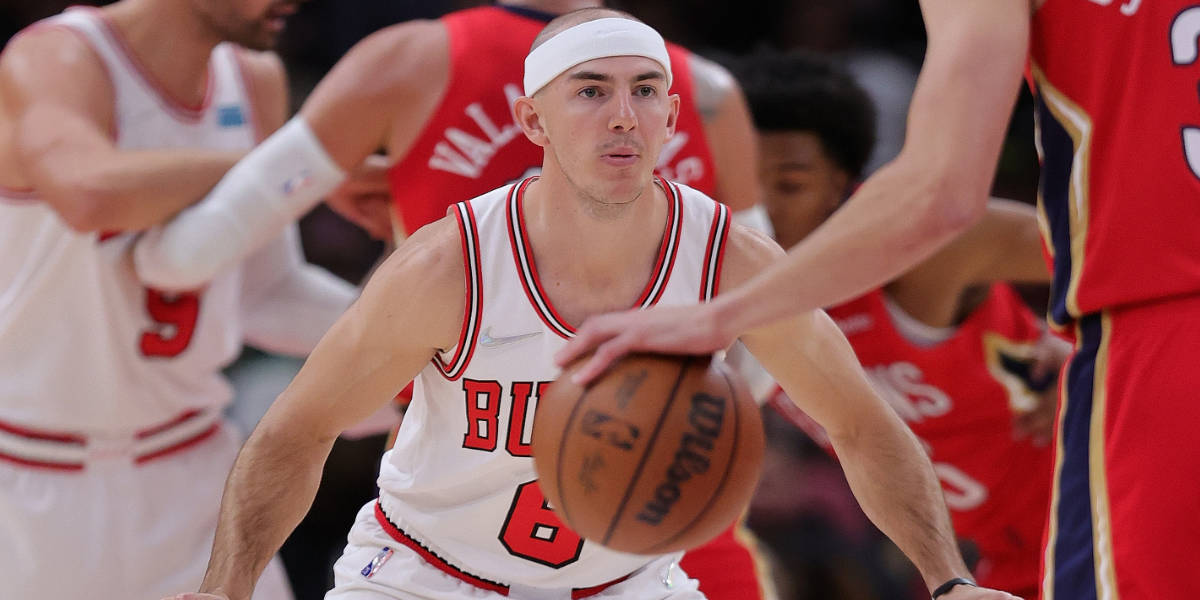 I wouldn’t be surprised if “clamps” was Alex Caruso’s middle name.

The 27-year-old Bulls free agent signing has been even better than advertised on the defensive end of the court since landing in Chicago this summer. He has been the anchor of the second unit, while also manning an important closing role next to starting point guard Lonzo Ball.

His ability to be a menace at the point of attack and sneak-around screens has already placed him among some of the league’s more elite perimeter defenders. More specifically, he currently ranks first in the league in steals with top-tier defensive hounds like Paul George and Marcus Smart trailing right behind. The nine steals he has accumulated over the previous two games is the most over any two-game stint in his career. And when Caruso isn’t getting his mitts fully on the basketball, he has often done the next best thing: The pesky point guard currently leads the league in deflections per game at 4.8 (tied with Fred VanVleet).

What is even better is that Caruso has been able to wreak havoc during some of the game’s most crucial possessions. Against the Raptors on Monday night, he recorded a pivotal takeaway after a Raptors timeout with just 41 seconds on the clock and the Raps down four. He did the same thing four minutes prior when he snatched a pass headed in Gary Trent Jr.’s direction and got out into the fastbreak to draw the foul.

The current NBA leader in steals:

I know it’s early, and Caruso will have a hard time staying atop the leader boards in large part due to his off-the-bench role, but the dude still deserves major props for his hot four-game start. The Bulls’ defense has looked far better than expected early on (currently 6th-best defensive team), and they have Caruso’s consistent energy and effort to thank for that.

If Caruso can continue to play at this level as the team’s competition ramps up, the already-respected signing could begin to look like one of the best free agents gets of the offseason. Keep reading that defense, Alex!