Report: Some NBA Executives Believe Coby White Could Be a Trade Candidate Skip to content 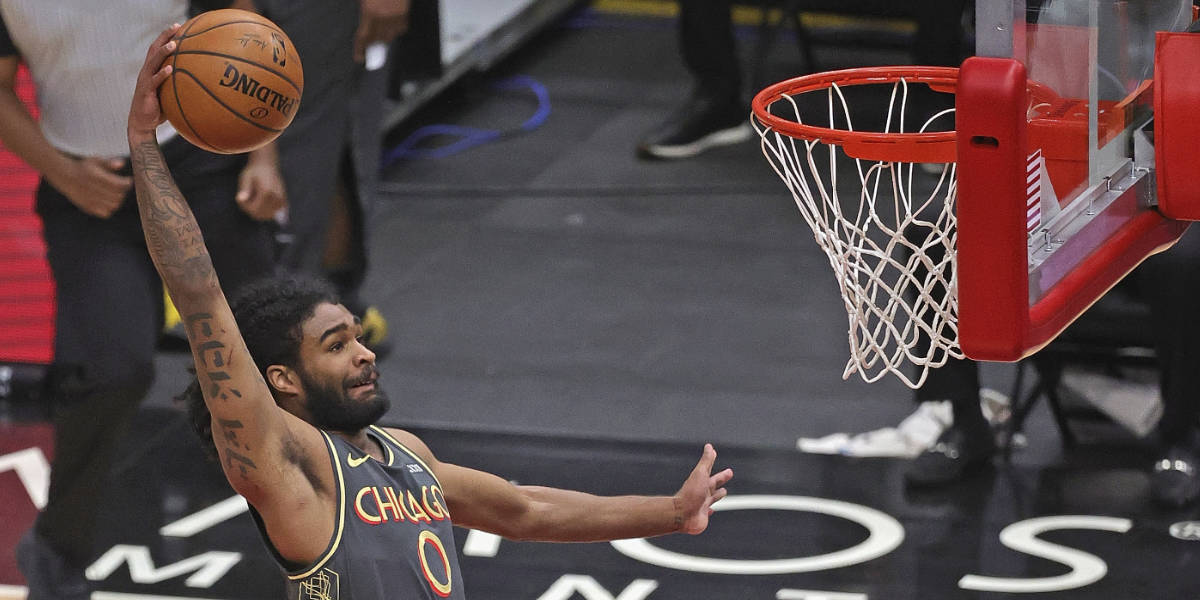 With Lonzo Ball and Alex Caruso helping push the Chicago Bulls to their first 4-0 start since the Jordan era, it can be easy to forget about the rookie guard who played the most minutes for the organization last season.

Coby White is one of only three players (alongside Zach LaVine and Patrick Williams) from the Bulls 2020-21 opening night roster still with the team today. But unlike his two teammates, White is expected to see a fairly significant role change/reduction when he finally returns from his torn labrum (hopefully) sometime this November. Needless to say, between the free agent additions, the role change, and the torn labrum White’s future with the Bulls feels more than murky. And it’s fair to start wondering how long he might actually spend on the court in a Bulls uniform once he returns. In fact, the sharks may already be circling.

On a recent episode of the HoopsHype podcast, Michael Scotto hinted that executives around the league have their eye on White. And while he stops short of reporting any interest on the BULLS side for actually moving the young point guard, he did say others believe the Bulls could eventually include White in those conversations.

A couple executives around the league I spoke to believe that Coby White is a trade candidate for the Bulls because he was part of the old regime, and he’ll move to that bench role as a combo guard.

First things first, let’s not pretend this is a far-fetched idea. We saw how many players from the old regime this new organization gave up on. While White has made it this far in the front office’s recreation, we are not far enough along to say White is completely safe. After all, as the second-youngest player on the roster behind Patrick Williams, the case could be made this front office views him as a potential trade asset down the road. Not someone to spin off just because he isn’t (perhaps) quite their player.

And I’ve mentioned this before. I believe White’s presence on the roster after this summer of change speaks to how highly this front office remains on his potential impact – in the future, sure, but also as soon as this season. After all, bench players like Caruso, Troy Brown Jr., Alize Johnson, Tony Bradley, Derrick Jones Jr., and Javonte Green are not known for their scoring contributions. In fact, none have ever averaged double-digit field goal attempts in a season, and only Brown has ever averaged double-digit points over a full year. White could help.

The shot creation capability for this bench is basically the opposite of what we see with starting squad, which is part of the reason why a starter like DeMar DeRozan has to stagger into the second unit. Someone who does not belong in the starting squad has to help score for this team to have a truly balanced attack throughout the season, and we all know White can be that someone.

Also, I can’t help but mention that the Bulls are currently dead last in 3-point attempts per game. The team’s percentage does sit at a league-high 42.3, but this group will want to toss up more of those deep-balls as they begin to play more high-powered offenses. White can help make that happen. Point here being: Executives may be out there connecting some reasonable dots, and I won’t fault them for that, but it’s not like White is someone you want to give away.

NBC Sports Chicago’s K.C. Johnson joined Scotto on this most recent podcast about the Bulls, and he expressed very similar thoughts in regards to why White continues to make sense on this new-look team.

From my seat, I still think he has got a pretty big role because bench scoring has been a huge issue. And also I think the way Billy Donovan is coaching, he’s staggering DeRozan with the second unit. I think those two guys playing together could do some damage with that second unit … I personally think he fits with this team, and whether or not they want to commit to him long-term, that’s a sense I don’t really have yet from this regime.

Johnson did bring up the team’s need for improved size, not ruling out the idea of thinking about some kind of deal down the road. However, the Bulls beat writer didn’t seem to express any knowledge of the team’s willingness or eagerness to move on from White.

Again, I understand the conversation, and I do think it is one we have to have. White might be one of the team’s more intriguing and tradable assets if he can return fully healthy, and while he projects to fit into this roster nicely, the goal is always to get better. If executives start dangling pieces the Bulls might need to win now in exchange for White, it’s always possible Chicago starts to listen.

Make sure to listen to the full HoopsHype podcast below: