The Chicago Bulls are legit.

After failing their first true test of the season against the New York Knicks in a tough one-point loss Friday night, the Bulls took down the NBA’s last remaining undefeated team. The Utah Jazz were not only the Western Conference’s top team last season, but they also began this year with the league’s best Net Rating. However, tonight, the Chicago Bulls not only looked like their counterpart, but they looked legitimately better.

What was most impressive, though, was the Bulls bench. While the five-man unit only added 17 points, they helped provide arguably one of the team’s best defensive performances in years. Derrick Jones Jr. and Tony Bradley finished with five combined blocks as well as a +18 and +19 performance, respectively. Rookie Ayo Dosunmu also clocked huge minutes in a +17 outing, as the Bulls forced the Jazz into 20 turnovers.

Considering the Jazz run one of the most balanced attacks in the NBA, as well as one of the most efficient offenses, this is as good of an early-season statement win as your going to get. The Chicago Bulls showed the league tonight that their 4-0 start against some bottom-feeders was no joke. And no matter who is on the other side of the basketball, Chicago is a team that can be right in the playoff mix.

If you need me, I’ll be celebrating with an old-fashioned. 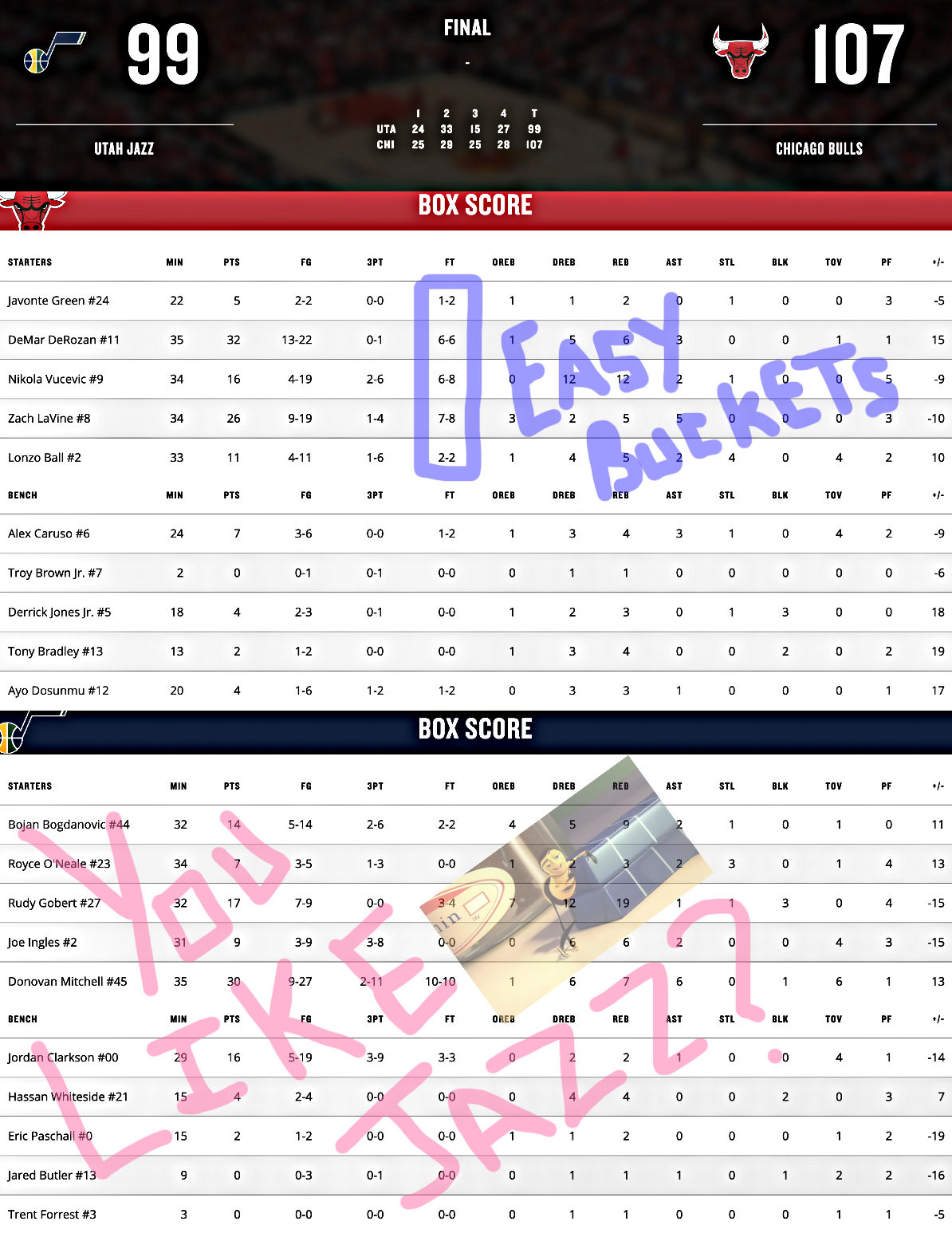 Can Nikola Vucevic Find His 3-Point Shooting Stroke Before Next Season?

NBA Playoffs Update: “Tobias Harris Over ME?!” Luka Dončić Did it Again, More