Bulls in the Top-10, So Now You Love DeMar DeRozan? More DJJ, and Other Bulls Bullets
Search
Skip to content 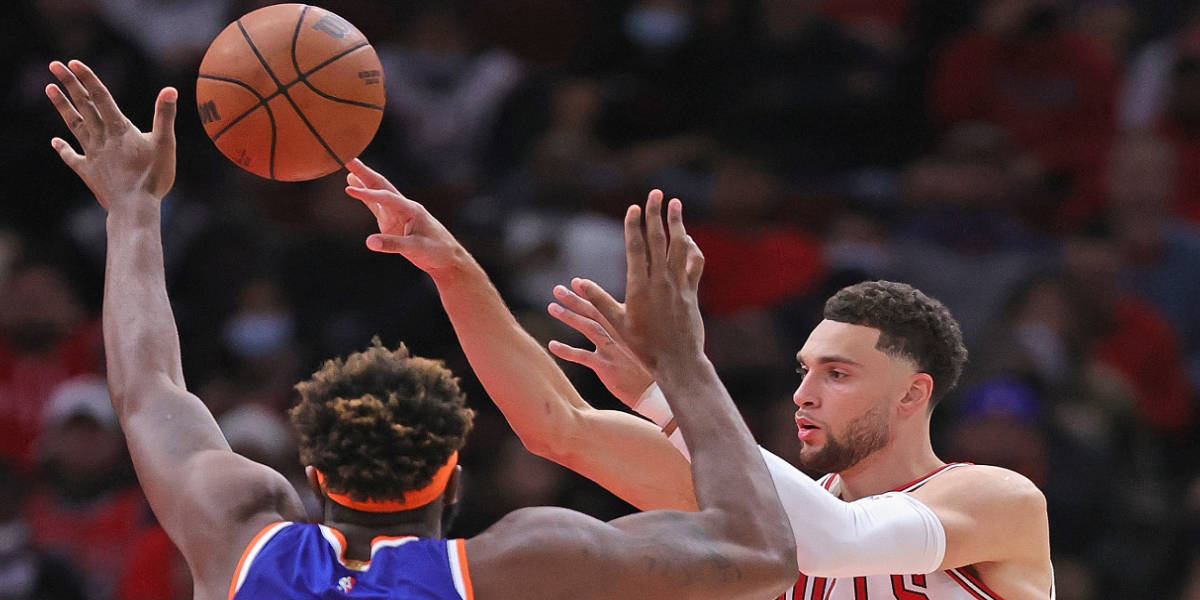 The best Bulls team in years deserves the best alternate jersey in years.

•   If you thought last week’s power rankings were fun – boy – do I have the opposite of Milk Duds and Three Muskateers for you (AKA, a genuine “treat”)! Despite suffering their first loss of the season, the Bulls continued to turn heads with two highly competitive games against two playoff-caliber teams last week. The team’s one-point loss to the New York Knicks not only showed that they can contend against a more physically taxing style of play, but it also exemplified their dangerous veteran savvy with a 12-0 run in the final two minutes of action. Meanwhile, Saturday night’s 107-99 victory over last year’s top-ranked Western Conference team not only showed NBA observers the Bulls can compete with the best of the best, but it also demonstrated a short memory and strong bounceback mindset that this team has lacked for years.

•   After an opening week with three-straight wins against the NBA’s equivalent to Whoppers and Candy Corn (can you tell I still have Halloween on the mind?), the Bulls used last week to demonstrate their undefeated start was warranted. In fact, so much so that The Athletic (No. 10) and ESPN (No. 9) both jumped Chicago into the league’s top-10 in this week’s power rankings. I know we are only six games into the season and still must temper expectations (teams like LA, PHX, and ATL are ranked behind Chicago, which could easily change fast), but I think this goes to show how much belief in what this team can accomplish is growing. After all, it’s not all based on the record, as fellow hot-start teams like the 5-2 Hornets and 5-1 Wizards are several notches below the Bulls in both rankings.

•   One big reason why it’s hard not to like what the Bulls have brewing: DeMar ‘Mid-range Assassian’ DeRozan. All it took was six games for the veteran to shut down essentially all concerns about the fit between him and Zach LaVine. The 32-year-old’s mix of ISO scoring and playmaking talent has supplied this organization with the secondary scorer they have desperately needed. Not to mention, he allows for LaVine to tap back into his off-ball play while adding the kind of late-game experience that has already proved vital in several situations.

The Chicago Bulls are 5-1 and legit 🔥 pic.twitter.com/vLdGw5UCS5

•   While the contract came with questions marks, I thought far too many people let the logistics of the DeRozan deal hamper their on-court expectations. The Bulls still signed a player who averaged 20+ ppg over his past eight seasons and one who had the best playmaking season of his career in 2020-21. For a franchise that immediately wanted to flip a youthfully disastrous roster into a consistently competitive one, a player like DeRozan fit the bill pretty perfectly. And that is why I can not help but giggle when I see Bleacher Report now give the DeRozan signing an A-. Of course, this is not representative of what everyone thinks, but I’d love to ask all those scouts and executives who voted the signing the “worst move” of free agency what they think now.

•   The Bulls’ next challenge will come against the 2-4 Celtics at the TD Garden tonight. While Jaylen Brown and Jayson Tatum have looked nothing short of dynamic to start the season, contributions from the rest of the roster have been hard to come by. The team has started the year with only the 22nd-ranked Net Rating, shooting just 32.1 percent from downtown and allowing the 4th-most points in the paint per game. Chicago will want to walk on the court with a very similar mentality to Saturday night’s showing. An emphasis on getting downhill to attack the basket should pay dividends, especially when we consider that Boston averages the most personal fouls per game. The Bulls have so far shot the 6th-most freebies a night, and this should be an area where they can strongly take advantage of this Celtics squad from the tip.

•   More Derrick Jones Jr., please. The length forward made the most of his first real taste of action this weekend. Jones added another important layer to the Bulls already-solid defense with three blocks and a +18 performance off the bench. For a team built around plenty of offensively gifted players, Jones looked locked-in to protecting the paint, which is a mentality this team will need now that Patrick Williams is sidelined.

“What you see tonight is what you see in practice,” DeRozan said about Jones after Saturday’s win. “How dynamic he is defensively is scary. Just how he contests shots from all kinds of different angles. The energy that he brings, it’s crazy, so we see it all the time. So it was great for him to get out there, and it definitely helped us get this win tonight.

Which NBA guards have the highest FG% at the rim? Per NBA Stats (min. 20 attempts):

•   FWIW: The Bulls’ lost first-rounder is starting pretty strong for the Orlando Magic.

•   Whatever is best for my fantasy team, please!

The Titans Might’ve Lost Derrick Henry for the Season, Could David Montgomery Be a Replacement?https://t.co/8WCf0vc2pL pic.twitter.com/bl5ekk9qo9

Fleury showed off the best version of himself … and he's already on the rumor mill. https://t.co/egg5V5MQvW