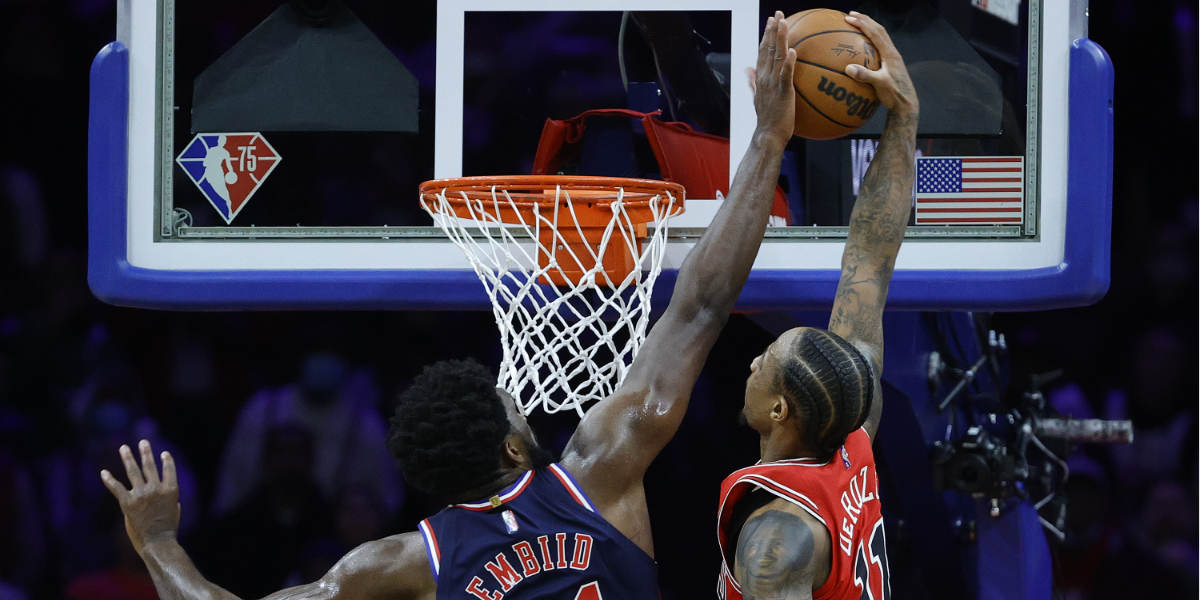 When the Chicago Bulls stormed back to erase a Philadelphia 76ers 18-point lead in the second half, I can’t say I was surprised. After all, the team practically did the exact same thing on Monday night against the Celtics, eliminating a 19-point deficit before becoming the first team in the shot clock era to win by 14+ points after entering the 4th quarter down at least 14 (h/t ESPN Stats).

We also should not forget the team’s late-game surge against the New York Knicks. While it may have ended in the organization’s first loss of the season, they still chopped a 104-91 deficit to a 104-103 finish with just 2:13 left to play. The fight they showed was so impressive I couldn’t even be mad they came up short (it was also Joakim Noah night, so the vibes were just too strong).

This level of resilience and late-game execution has been a breath of fresh air after four-straight seasons of ranking bottom-eight in second half net rating. However, as fun as it is to watch this new-look Bulls team flip the game script, I don’t think we can call it a nightly recipe for success.

“These guys battle and fight, they don’t give up. I have great respect and admiration they have fought their way back. But, like I said, it’s hard to live like that,” Donovan told reporters after the Bulls 103-98 loss on Wednesday. “You talk about a 19-point comeback, and I thought it showed great resolve to come back and do that, but boy is that a tough way to live every night if you’re gonna sit there and say we have to come back from that kind of deficit.”

As good as the Bulls may be at playing with their back against the wall, what happened in the Celtics game is not the norm. More polished teams with more serviceable depth are not going to let such a big lead go to waste, and the 76ers were an example of that on Wednesday night. Again, while the Bulls were able to storm their way back, Philly was able to stop them in their tracks once the score reached 87-87 with 6:40 left to go. Joel Embiid helped kickstart an 11-2 run against the surely tired Bulls, and that last ditch effort was enough to fend off the come from behind win.

All things considered, that’s the risk the Bulls run every time they let their opponent gain a sizable lead. Not only do they expend tremendous energy to get themselves back in a competitive position, but it’s often only a matter of time before a good team goes on another run. Not to mention, I think we can agree that “needing” to be in this situation to channel your best basketball isn’t a habit worth picking up.

And I was sure glad to hear DeMar DeRozan acknowledge that after the game.

“We have to come out with a sense of urgency,” DeRozan said. “We can’t wait to be down and rely on our skills to get us back in the game. We showed we can get back in the game, but let’s not make it tough on ourselves …

Every guy on this team is definitely resilient. We’re going to play until the end. But now it’s about channeling that energy from the start of the game and really understanding that we have to play close to a 48 minutes game as possible. We can’t have too many lapses.”

You got to love veteran leadership, right?

At the end of the day, I can not knock the Bulls too bad for anything right now. A 6-2 start is not only one of the best in the league, but it’s also representative of how early on in the season we are. Figuring out how to play a full 48 minutes with one another comes with a learning curve, and I do suspect this team will figure things out.

Yet, at the same time, if the Bulls can execute so well when they are down 19, there is arguably no reason to come out as flat as they have. I know it takes time to adjust to an opponent each game, but failing to come out on top in five of eight 1st quarters so far opens clear room for improvement. The best teams can set the tone and play a consistent brand of basketball from start to finish. Let’s hope the Bulls start to do both as their gauntlet schedule continues.