Considering the 76ers are the top team in the East right now, I’m not sure if we can truly call it the first “bad” loss of the season. But it sure felt that way.

Philly played just eight players tonight, missing their second-leading scorer in Tobias Harris and one of their best defenders in Matisse Thybulle. Add in the fact the team was at home after two days to make adjustments to Wednesday night’s loss, it certainly felt like a game the new-look Bulls should win. However, unfortunately, their offensive performance said otherwise.

The team shot just 40.2 percent from the field and 24.1 percent from downtown. DeMar DeRozan and Zach LaVine were able to keep the team in the hunt, but the lack of other reliable firepower proved fatal. Nikola Vucevic continued to struggle with a 5-16 night, and Lonzo Ball shot just 3-9 from the field with 8 points.

Meanwhile, the 76ers offense did pretty much the exact opposite, seeing seven players in double figures and shooting a ridiculous 13-26 from behind the arc. Again, this should have been something the Bulls were able to avoid, but it’s also not like the defense didn’t do its job. They won the turnover battle 14-9 and scored a great 23 points off those turnovers compared to the 76ers 3 points.

So … yeah … I recommend the Bulls figure their offense out soon because the schedule isn’t getting any lighter. More tomorrow. 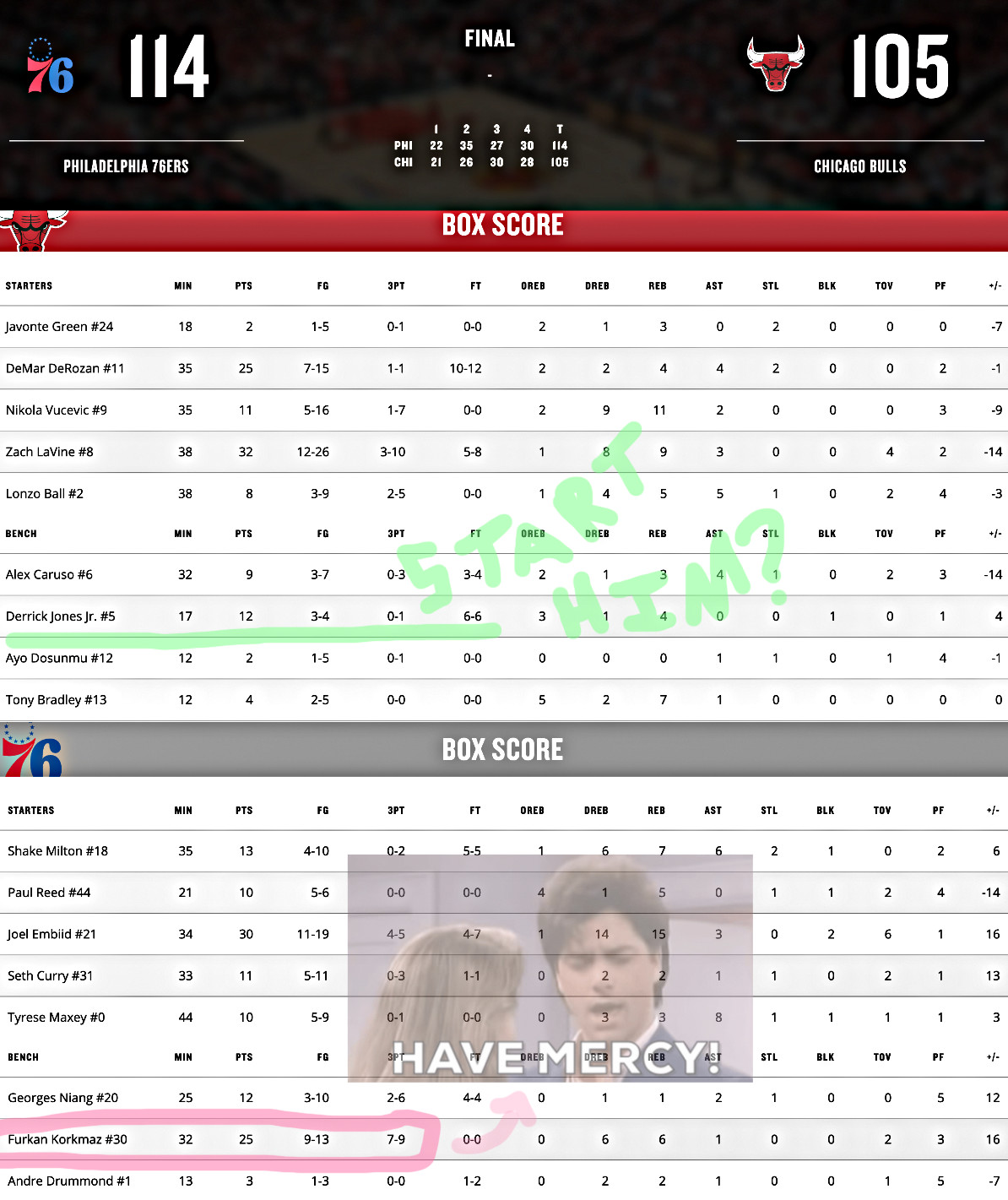