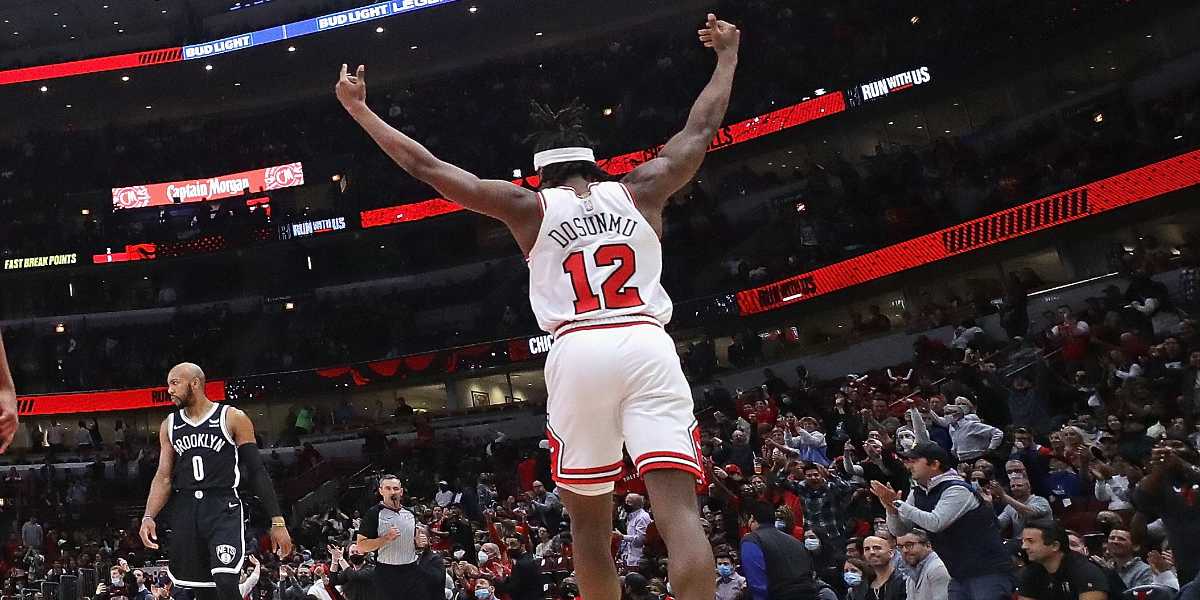 You either have it or you don’t, and Ayo Dosunmu has it.

What I mean by that is he’s going to impact the game. He’s going to influence the game, and he’s got a great drive. He’s incredibly motivated.”

When the Chicago Bulls drafted Dosunmu with the No. 38 pick in draft, it felt like they got lucky. Now, ten games into the regular season, it might already be safe to say they did.

Dosunmu’s three years of college and final season leading Illinois to a No. 1 seed in the NCAA Tournament suggested he was worthy of a first-round selection. However, already 21-years-old with a good-not-great set of skills across the board, we saw teams continue to pass on him until he fell into his hometown’s lap. As an organization ready to take the next competitive step, a less raw and more intellectually experienced basketball player felt like a gift. Now, instead of seeking out one more potential role player in the opening market, the Bulls landed one in arguably the easiest way possible.

Still, while Dosunmu felt like one of the prospects who could more immediately contribute at the next level, I don’t think anyone expected him to break onto the scene this soon. Dosunmu has been able to lock down a rotation role less than one month into the season. He not only beat out a three-year wing in Troy Brown Jr. for minutes, but he has done it in style.

Donovan has leaned on Dosunmu during some of the Bulls’ biggest moments. First, we saw Dosunmu eat 20 minutes of action against last season’s top-ranked team in the West, the Utah Jazz. While he may have added only 4 points to the board, it was his defensive effort that helped him finish as a +17 in the team’s surprising 107-99 victory.

One game later, Dosunmu showed exactly what he can accomplish on the opposite end of the floor. The guard scored 14 points on a 6-6 showing with 9 of those points coming in the team’s second-half against the Boston Celtics. Dosunmu even knocked down the biggest shot of the night when he completed the team’s 19-point comeback with a huge 3-pointer midway through the 4th quarter. For a player whose 3-point shot was noted as a concern heading into the draft (shot 34.5 percent in college on just 3.6 attempts per game), he could not have looked more in his element.

Fast forward to the team’s next win – a Monday night late-game clobbering of the Brooklyn Nets – and guess who had his fingerprints all over the final score? Dosunmu finished with a career-high 15 points, 11 of which came in the 4th quarter. Down 80-78, Dosunmu grabbed the first defensive rebound of the quarter before DeMar DeRozan quickly tied things on the other end. He then proceeded to give the Bulls a one-point lead with a split at the free-throw line. Then, he extended that lead with a quick first step past Joe Harris, sinking the layup and drawing the foul (he would complete the 3-point play at the line). The Bulls didn’t look back after Dosunmu handed them that four-point lead, outscoring Brooklyn 34-15 over the next 9:41.

“I think I grow more confident each and every game because I’m learning more,” Dosunmu told reporters. “I’m learning each and every game really. Actually, early today, during the game I was watching Zach I think in the first half he came down and he did like a long layup. He took a long step and put it off the glass, so I took note of that. Then, at the end of the game, I thought let me try that, and it worked.”

Normal players don’t do what Dosunmu just noted above. They don’t see one thing at the beginning of the game and proceed to execute it at the very end. I have to imagine Dosunmu’s ability to do just that is part of the “it” factor Donovan couldn’t help but mention after the game. I also have to imagine that it’s this “it” factor that has already given Donovan quite the good problem to have.

Who is going to see more time on the bench once Coby White returns? Has Dosunmu already taken his name off the list? While he may be the least experienced player on the roster, there is no denying his two-way talent has been critical in some of the Bulls’ most important wins. Taking him off the court as he only continues to show improvement feels counter-intuitive, which leaves me wondering if Javonte Green could be on the outside looking in. Derrick Jones Jr. has already flashed similar defensive intensity, and he offers better length and athleticism that could plug in well to the starting lineup. Green could then rejoin the bench and be used in a more situational role. But, hey, perhaps I’m getting ahead of myself!

All I know is Dosumu has already given Donovan a lot to think about, and I’m excited to see how much more of an impact he can make as this team continues to grow. 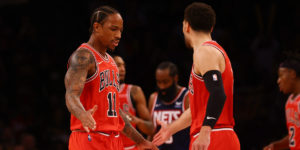