Scottie Pippen Can't Help Himself: "I Was as Great a Player as Michael Jordan" Skip to content 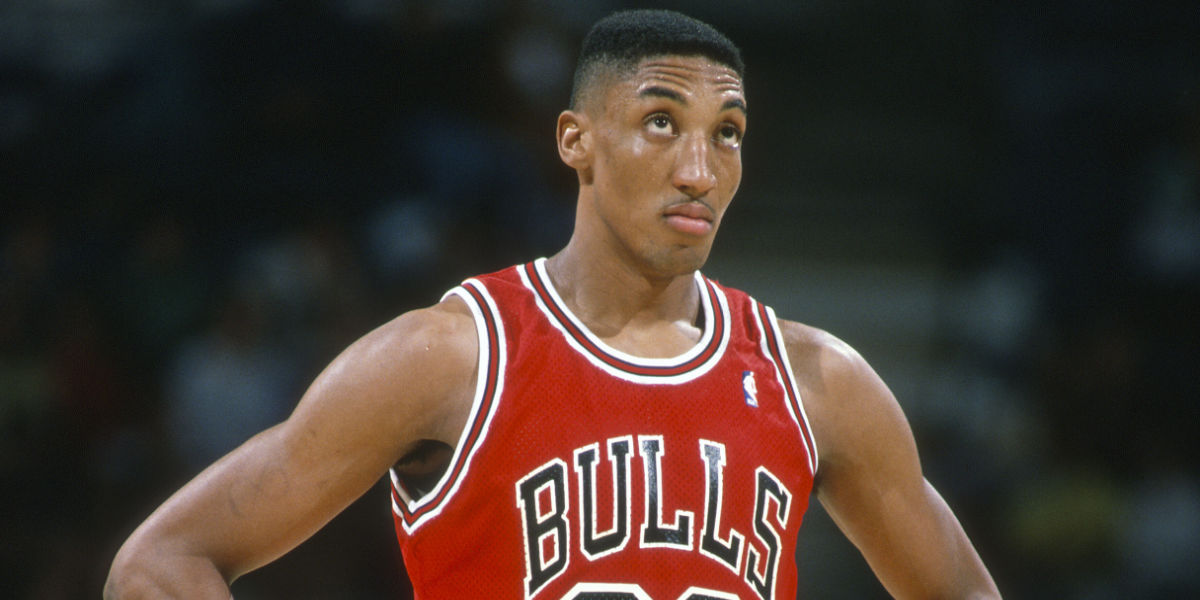 Scottie Pippen has been in the headlines lately and not for the right reasons. The Bulls legend has been making it known that he wasn’t a fan of last year’s documentary, ‘The Last Dance,’ and has gone as far as calling Michael Jordan “condescending” for how Jordan and ESPN portrayed Pippen in the docuseries.

“He was a great scorer,” Pippen said, “But a lot of things that he did were based on him, and I think that basketball is a team game.”

The only issue with Pippen’s gripe about the popular recollection of the Bulls championship dynasty not being team-centric enough is that Pippen must have forgotten that he wasn’t always the model teammate. Remember when he deemed Phil Jackson’s actions racially motivated, because he gave Tony Kucoč the last shot in Game 3 of a second-round series against the New York Knicks? Pippen decided to sit out the final 1.8 seconds when he was passed over for the last shot in favor of Toni Kukoč. Those who live in glass houses shall not throw stones, Scottie.

But outside of his desire for a more team-centric lens when recounting the Bulls teams of the 90s, Pippen has gone off the deep end a little bit on his book tour with some of the things that he has said about the docuseries and Michael Jordan.

Pippen sat down with Tyler Tynes of GQ to discuss his new book, ‘Unguarded,’ and Pippen has some interesting things about his career and his feelings on the ESPN docuseries and his relationship with Michael Jordan. While Pippen said to GQ’s Tyler Tynes that the ESPN docuseries didn’t “provoke” some of the responses in his book regarding his career with the Bulls, and more specifically, his time playing with Michael Jordan.

Pippen did say that he was as great a player as Michael Jordan, though, which is just, you know, not correct.

"I was as great a player as Michael Jordan." @ScottiePippen

But let’s be honest here, Pippen doesn’t (can’t?) believe what he’s saying. Heck, even if he does, he’s only saying then, now, for one reason. Money. They say money talks, and Scottie Pippen has been doing nothing but talking while promoting his new memoir. So before Tynes could finish introducing Pippen in the video interview for GQ, Pippen was wasting no time cutting to the chase.

“No need to waste time; you know why I’m here, I’m here to promote the book.”

Pippen spent the majority of the interview with Tynes contradicting himself and reiterating that the Bulls’ success was a team effort and that Michael Jordan was an over-glorified standout on the team. In another interview centered around his book, Pippen said that he wouldn’t be able to play in a Game 7 against the Jazz and was running back into the locker room to receive cortisone injections throughout Game 6, and then mentioned that Jordan’s ‘Flu Game,’ was over-hyped, and of course, “in the book.”

"I don't see many bad-back games, but I do see flu games." @ScottiePippen compares his back injury against the Jazz to Michael Jordan's infamous "Flu Game." Hear more on @SiriusXMNBA. https://t.co/vZSAKED5NR pic.twitter.com/65Q21Dgig2

Look, I understand what Scottie Pippen is doing and why he’s doing it, but he’s not endearing himself to Bulls fans. Which, I guess is fine, because he doesn’t care about Bulls fans or their perception of him. He’s moved on from that chapter in his life, and now he’s doing what’s best for him. So more power to you, Scottie; by all means, get yours while the getting is good. But, know that you’re wrong, and while you were a legendary player in your own right and contributed to the six rings that the Bulls collected in the 90s, you were never as good as Michael Jordan was. Period.