The Golden State Warriors are the league’s top team for a reason.

Now 8-4, the Bulls walked into one hell of a challenge to open up their first big road trip of the season, especially when we consider that it was their first game of the year without starting center Nikola Vucevic.

While things were close for much of the first half (51-45 heading into the locker room), the Warriors showed exactly why they have been the best 3rd quarter team in the NBA by far. Stephen Curry and Co. were able to outscore the Bulls 35-17 in that third frame, proceeding to extend the lead to as large as 27 in the second half en route to their 119-93 victory.

On the night, the Bulls finished shooting a dismal 43.6 percent from the field and 29.6 from downtown. Despite averaging the fewest turnovers per game heading into the game, they also lost the turnover battle to the top-ranked Warriors defense 20 to 16. The Warriors scored 20 points on those turnovers.

Look, there isn’t much else for me to say. The Bulls got beat by easily the best team in the league (as of now) and easily one of the best players in the league. It’s a loss I can live, but it’s also a loss that opened our eyes to the potential problems this road trip could bring. Vucevic is a huge loss. While the big man may not have been a major help adding points to the board recently, he does add a third body the opposing defense has to respect thanks to the spacing and passing ability he brings to the table. Learning how to operate without him against tough Western Conference competition is going to come with quite the learning curve.

At the end of the day, though, I think this Bulls team is mature enough to learn from these kinds of performances and make sure they don’t happen again. Watch some film. Have the necessary conversations. Bounceback on Sunday. 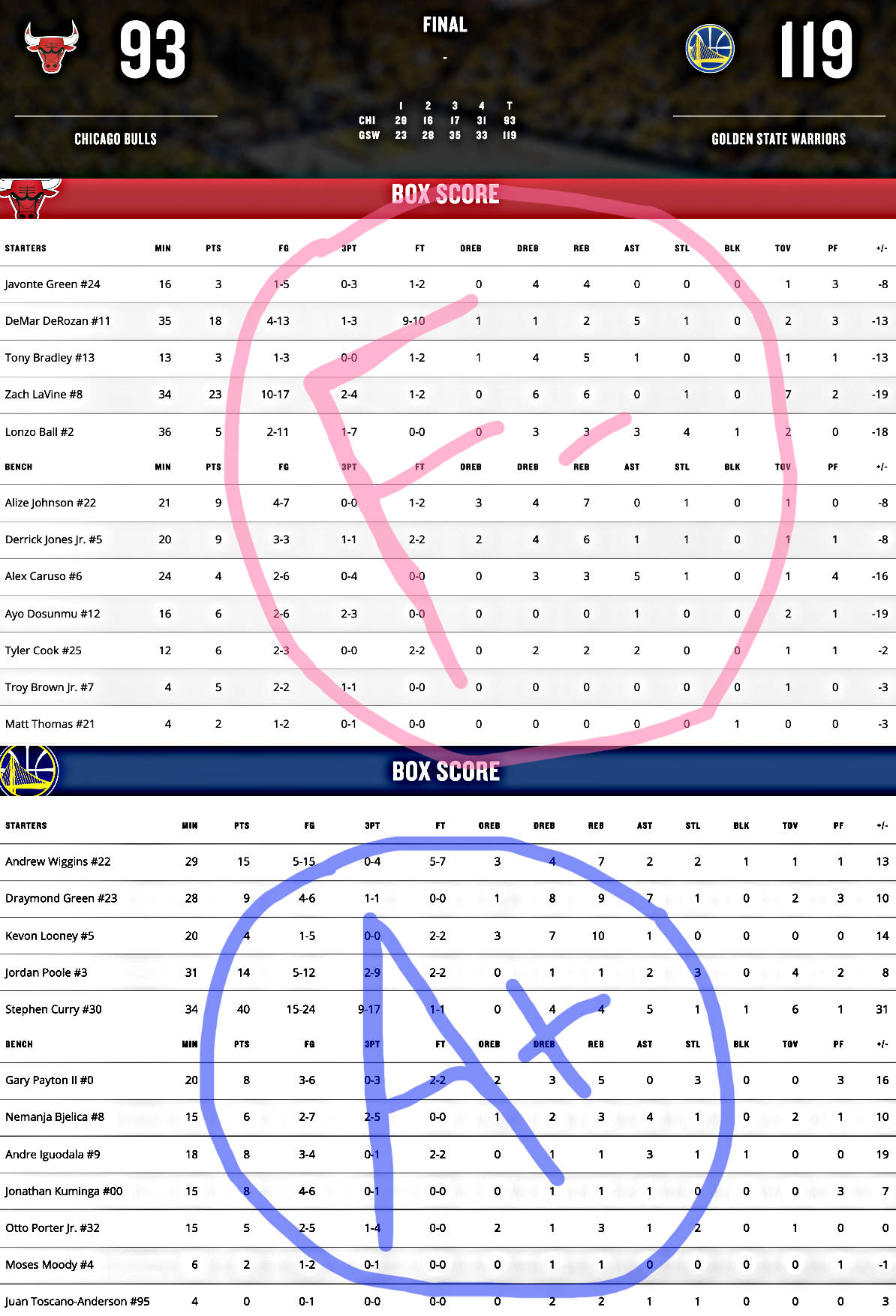