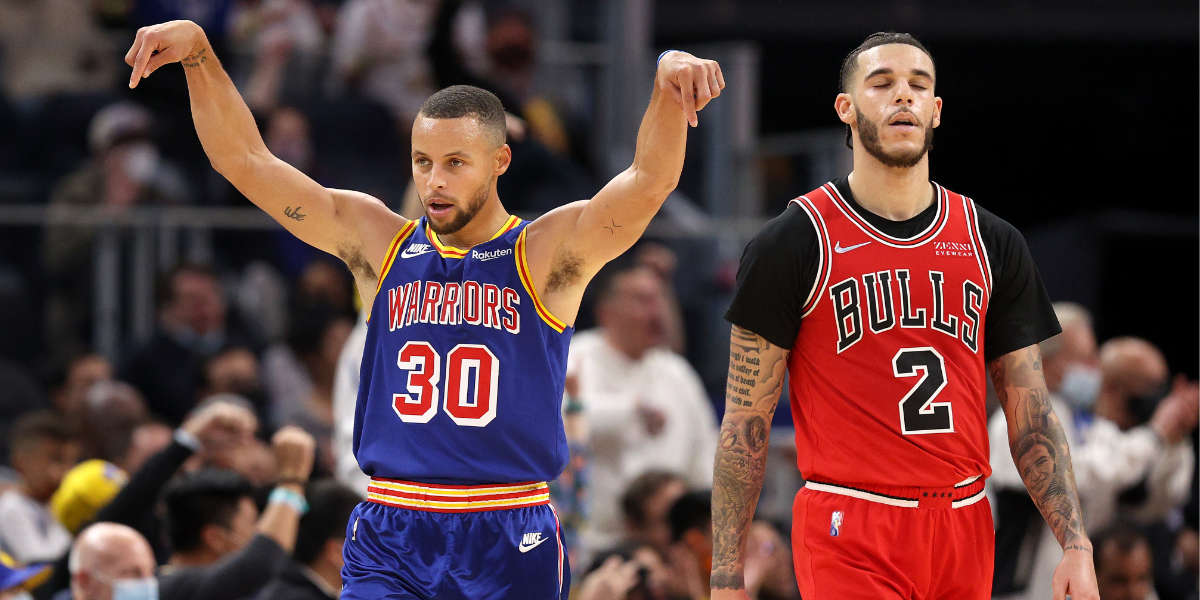 It was really kind of Adrian Wojnarowski to drop this nugget right before the Bulls got their butts kicked on national television.

•   The tampering investigation on the Lonzo Ball signing opened in August, and it appears an announcement on the league’s finding should come within the next few days. I’ve got to be honest, I have no clue what to expect. I’m not sure whether or not if the time it took to gather the information is a good thing or a bad thing for the Bulls, but my gut tells me Commissioner Adam Silver will look to make an example out of both Chicago and Miami. What exactly does that mean? Well, I hope some massive fines and maybe the loss of second-round draft compensation. The worst-case scenario is the loss of a first-round draft pick, especially when we consider how few the Bulls already have. Ugh.

•   Let me be clear, no, I’m not going to get upset over a loss to the (now) 11-1 Golden State Warriors. While I wish the Bulls were able to put up a better fight on a massive stage, I can’t blame them for stumbling against the league’s top team. Performances like these are bound to happen over an 82 game season, especially for a roster with this many new faces. The more important thing now is how do you bounce back from such an icky performance?

•   In years past we have seen the rather young and weak-minded Bulls let blowout losses snowball. We were typically met with somber postgame press conferences and enough negative energy that Eeyore would feel right at home. And while the trust test of this team’s resilience will come tomorrow night against the Los Angeles Clippers, I already felt way better about this group’s ability to battle through adversity after DeMar DeRozan spoke last night.

“They mixed it up, played well, they did what they do,” DeRozan told reporters. “It’s a great learning experience for us to understand: We just got our butt whooped and how are we going to respond after that?

Tonight was a new challenge that we have to face and understand that over the next few games we will not have Vooch. So how are we going to manage that? How are we going to figure that out and come together as a collective? It’s really our first adversity, and adversity builds a lot of character. So I’m pretty sure we are going to look at a lot of film tomorrow and figure out what we can do and what we can be better at next game.”

•   Again, we will have to see how this team responds over the next couple of games, but this represents another likely reason Arturas Karnisovas was willing to pay a premium for DeRozan’s services. As special as his on-court performance has been to start the year (9th in scoring), it’s his level-headed veteran mindset and basketball IQ that can help keep this team’s head on straight behind the scenes. An experienced presence like him can go a long way toward ensuring this team truly uses last night as a learning experience versus a reason for concern.

•   Of course, we also have to mention the absence of Nikola Vucevic. Last night’s outing taught every early-season Vucevic hater a valuable lesson: Don’t underestimate the value of an All-Star big man. No one is denying that Vucevic was off to an ice-cold start shooting the basketball this season, but there is also no denying he offered a number of other valuable skills night in and night. I talked a lot about those skills here, but what was particularly missed last night was his ability to help open up the floor for Zach LaVine and DeMar DeRozan.

•   Even if the big man has been clanking shots off the rim, opposing defenses have to respect his potential to score the basketball, let alone his passing chops (remember, he was second on the team in assists per game). Remove him from the equation, and the Warriors’ top-ranked defense was able to switch constantly on DeRozan while playing a fierce box-and-one on LaVine. Fortunately, most teams can’t execute on this end of the floor as well as the Warriors, but it still exposed the Bulls’ need for an additional scoring threat. Lonzo Ball tried to be that guy last night, but he shot just 2-11 from the field with only 5 points on the night. We all know Ball can get hot, but he isn’t a reliable enough scorer to strike fear in an opponent during halfcourt sets.

•   Zero Vucevic also led to more LaVine playmaking responsibility, which we all know has been particularly challenging with his banged-up thumb. The All-Star had a season-high seven turnovers, pushing the team toward their season-high mark of 20 total turnovers. The Warriors scored 24 points off those slip-ups, and they also outscored Chicago 18-7 in fastbreak situations. The Bulls walked into the game averaging the fewest turnovers per game. I don’t expect this to become an issue moving forward, but we should also note that the defensive competition is not getting any easier over the next couple of games. The Nuggets and Clippers sit 2nd and 3rd, respectively, in defensive efficiency, and the Bulls will see both during this road trip.

•   This video makes me laugh every time.

“Sooner Than Later” Justin Fields Promises to Turn the Tide Against the Packers (And Other Bears Bullets)https://t.co/Z5GjBAJDgv