Two nights after losing by 26 to the Golden State Warriors, the Chicago Bulls snap the Los Angeles Clippers’ seven-game winnings streak. How’s that for a bounceback effort?

I can’t even begin to describe how refreshing it is to have a head coach who can make proper adjustments and a team that is mentally strong enough to quickly push a blowout loss behind them. Tonight, the Bulls looked like the kind of experienced, playoff-caliber team we’ve all wanted them to be for years. No, the on-court execution wasn’t pretty from the opening tip to the final buzzer, but the team’s stars shined and the role players took care of business. All things considered, it’s hard to ask for much more than that after the kind of outing we saw on Friday night.

Don’t get me wrong, I still think there are several valuable lessons to take away from this game. For example, the absence of Nikola Vucevic still exposed a formula to keep this Bulls team in check. The need to stagger Zach LaVine and DeMar DeRozan to keep the second unit’s offense competitive opens up an avenue for opposing defenses to trap/double the two stars when they are alone on the floor. Los Angeles did this for much of the second half to completely erase the Bulls’ 17-point lead. Fortunately, however, both LaVine and DeRozan can only be held in line for so long, and the two completely took over the game once they shared the court again in the 4th quarter.

The Bulls’ two All-Stars combined for 64 of the team’s 100 points, shooting a combined 53 percent from the field with 15 rebounds and 7 assists. Meanwhile, the dynamic defensive duo of Alex Caruso and Lonzo Ball forced a combined 6 steals and helped force LA into 20 turnovers. Each played also played a pivotal role in holding early-season MVP candidate Paul George to 27 points on just 7-25 shooting.

We will dive a bit deeper into everything tomorrow. For now, I’m going to sleep soundly knowing Chicago has a basketball team it can be proud of. 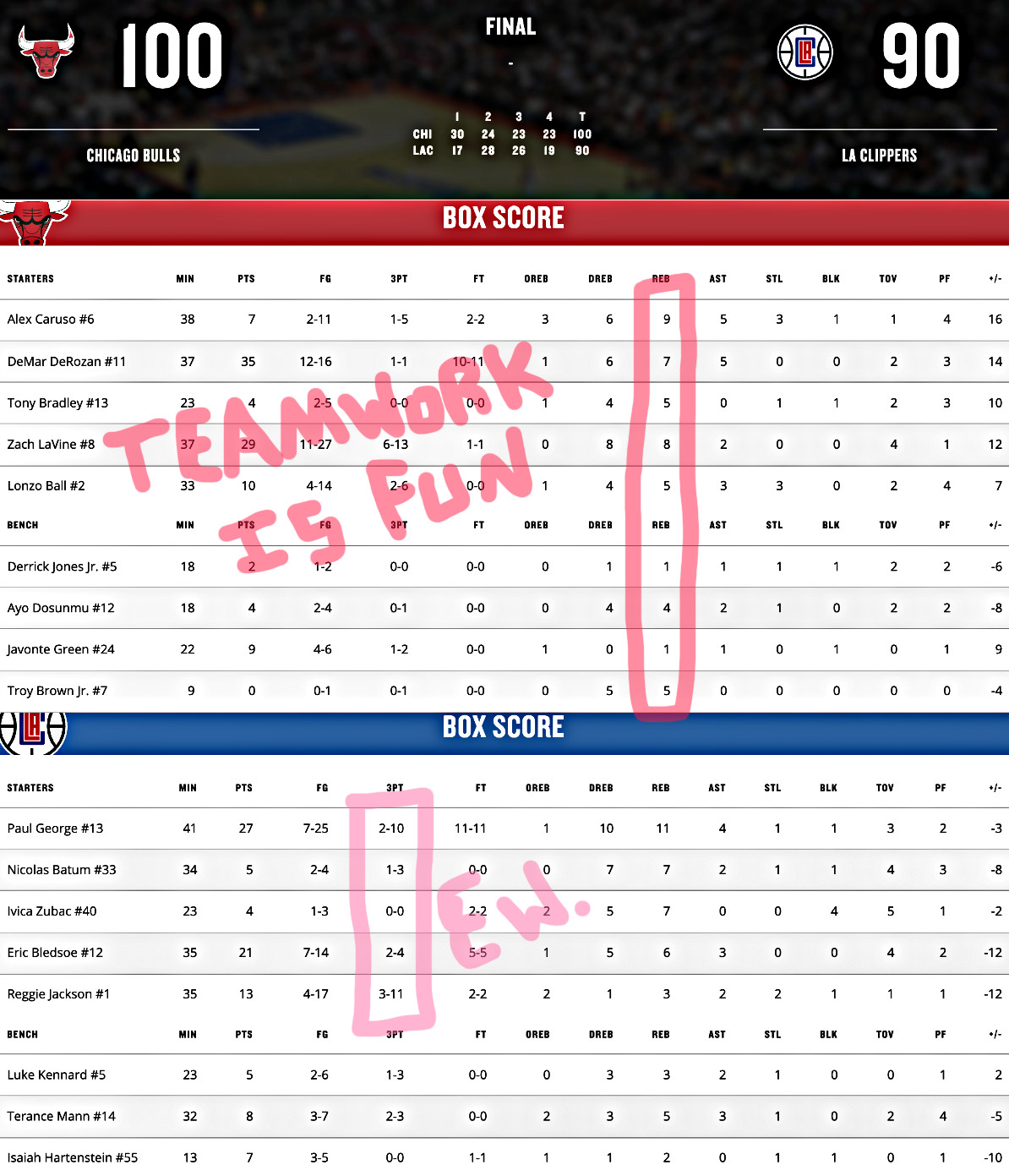