Anthony Davis Was Ejected from the Game, Which Brought a Plain-Clothes LeBron James to the Court Skip to content 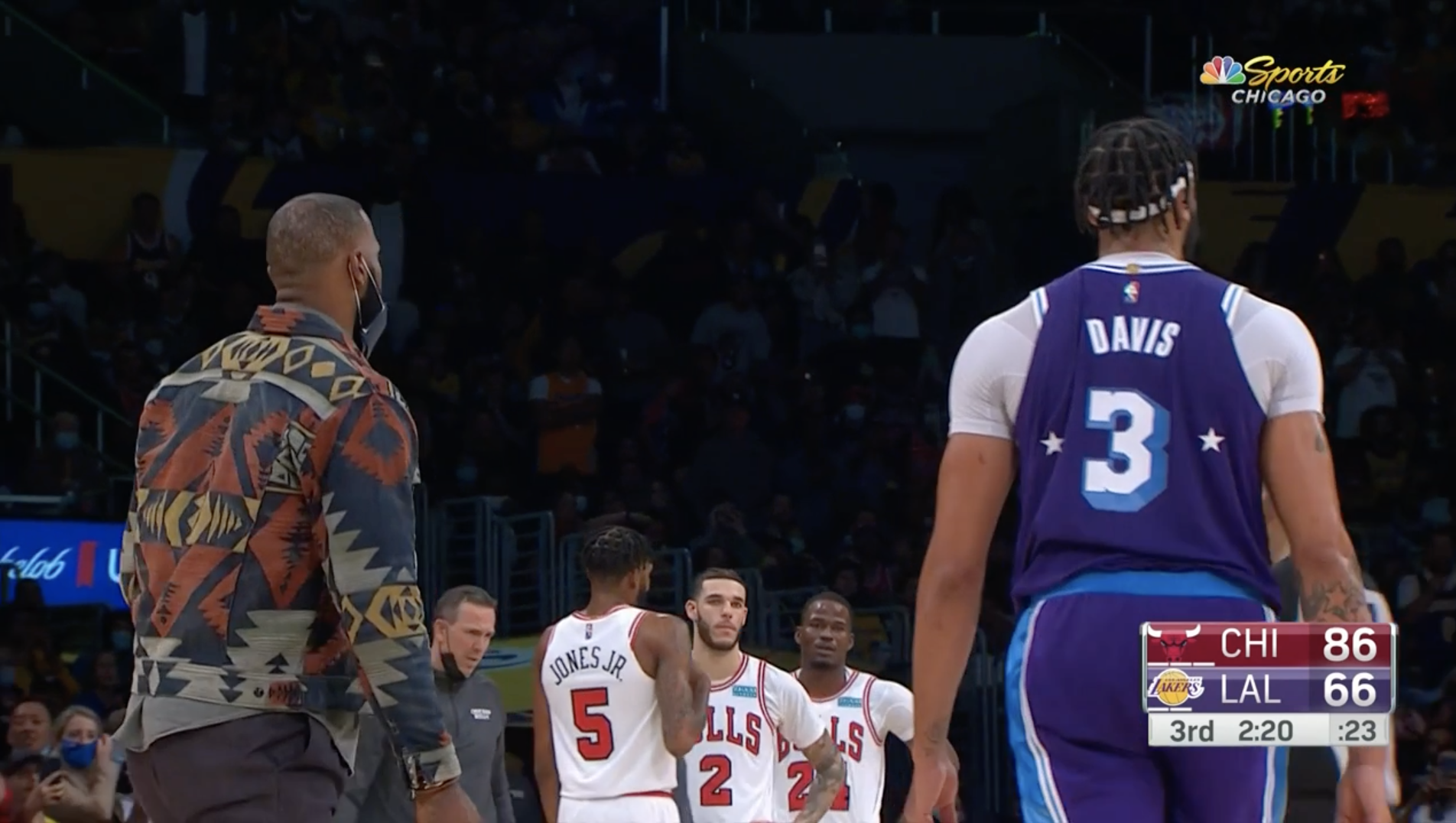 Things are getting ugly for the home team at the Staples Center late in the third quarter. After the Bulls took a 20-point lead over the Lakers, Anthony Davis said something to the referee and was slapped with his second technical foul of the evening (and an ejection).

But for however much impact that’ll have on the rest of the game, the wild part is that it brought a plain-clothes LeBron James out onto the court.

That, in itself, should have been another technical foul on the Lakers, but it wasn’t called. Because, you know, It’s LeBron. Absolutely wild to see him out there.

Davis was leading the Lakers in scoring with 20 points on six-of-nine shooting before the ejection.

Anthony Davis was ejected for the 2nd time in his career. He was double teamed 15 times tonight, his most in any game with the Lakers. pic.twitter.com/fVjIADD2e1