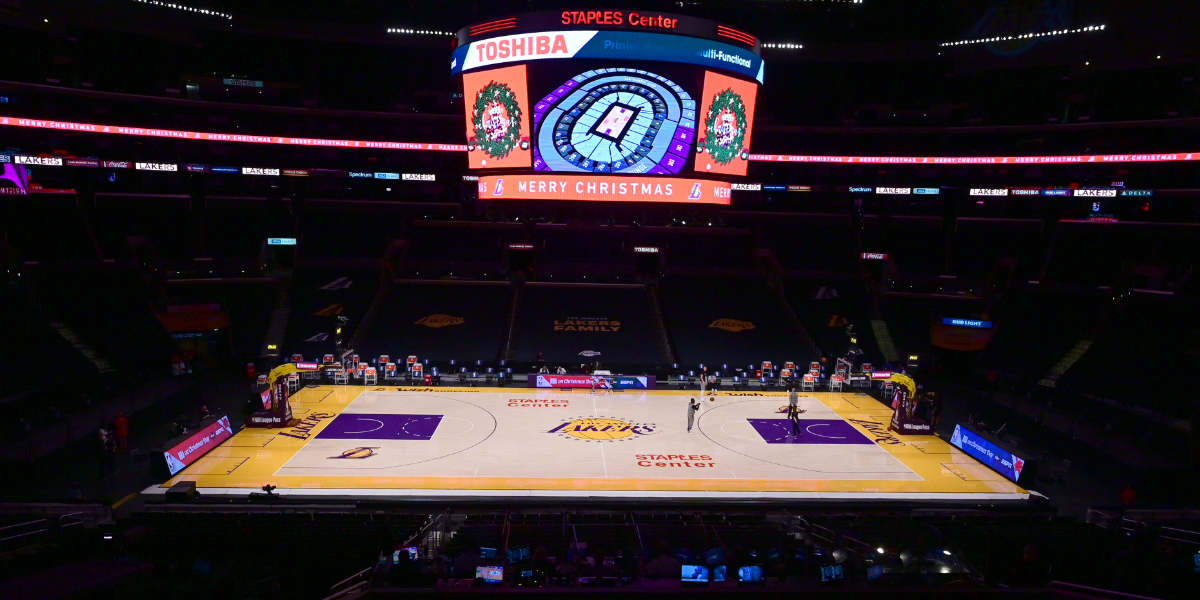 If you’re into revenge games and staying up late on a Monday night, you’ll want to be sure to tune into the Bulls game tonight. The Bulls are still in Los Angeles, this time against the Lakers, after a 100-90 win over the Clippers on Sunday night at the Staples Center pushed their record to 9-4.

Guess what? NBA.com has the Bulls in the No. 2 spot in their latest power rankings, and a win over the Lakers tonight would move them to 2-1 on the current five-game road trip, which has stops in Portland and Denver remaining after tonight.

Tonight’s game is also a homecoming of sorts for Alex Caruso, who spent his first four seasons in Los Angeles, winning a championship with the Lakers in 2020. Fortunately for the Bulls, the Lakers weren’t willing to match the Bulls’ offer to Caruso in free agency this summer, so now Caruso will return to the Staples Center as a visitor for the first time against the Lakers.

Some more storylines for tonight’s game:

•   Like Caruso, Lonzo Ball also started his career with the Lakers, spending two seasons with Los Angeles before being traded to the New Orleans Pelicans ahead of the 2019-2o season. Lonzo Ball is from Los Angeles and his college ball at UCLA.

•   After being sidelined since June, Coby White also returns to the Bulls as he recovered from shoulder surgery to repair a torn labrum.

•   DeMar DeRozan continues his homecoming to Southern California as well, with the last two games being the first trip to Los Angeles to play since the passing of his father.

Coby White is Back TONIGHT!https://t.co/9N4zeuasi0

Storylines aplenty this evening, if you’re willing to brave the day tomorrow on limited sleep, or course. Won’t you join me?

•  It’s been a while since the Chicago Bulls have beaten the Lakers. Nearly five years to the day, to be exact. The last time the Bulls beat the Lakers, Jimmy Butler scored 40 points, and another former Bulls player, Nikola Mirotić, helped secure the win with 15 rebounds on November 20, 2016. In the last meeting between the two teams, Anthony Davis scored 37 points, and LeBron James added a double-double with 17 points and 11 rebounds to lead the Lakers to a 101-90 victory.

•   The Bulls won last night’s game with fantastic defense, spacing, and switching, a strength that has been on the forefront for them all season. The Bulls are tied for ninth in the NBA in fast-break points (14.1), and they rank second in the NBA in scoring off opponents’ turnovers (20.5). The undermanned Bulls will look to continue to generate possessions and points off of takeaways and opponent turnovers tonight against the Lakers.

•   The Bulls are 4-1 against Western Conference opponents this season, with victories coming against the New Orleans Pelicans, Utah Jazz, Dallas Mavericks, and Los Angeles Clippers, with the lone loss coming to the Golden State Warriors on Friday night. This month, the Bulls have three more Western Conference opponents after tonight’s matchup with the Lakers, including two this week (Portland and Denver).

•   Alex Caruso leads the NBA in steals per game (2.5), and his 33 steals this season are three more than the entire Lakers bench combined…

Alex Caruso has more steals (33) than all six guards on the Lakers bench combined (30) this season. pic.twitter.com/34qNFM9XBw