Were they playing on the road? Yep. Was it the second leg of a back-t0-back? Mhmm. And their third West Coast game since Friday? Yessir. But it was no problem for the Bulls on Monday night in Los Angeles.

Coming out of the gates firing on all cylinders, the Bulls hit four of their first five three-pointers at the Staples Center and finished the quarter with a 33-25 lead with a sizzling 57 percent shooting from the field against the Lakers … The LeBron-less Lakers, sure. But Anthony Davis and Russell Westbrook were still in the lineup for Los Angeles (well, for most of the time), and the Bulls just looked like the better team.

Zach LaVine had himself a night, knocking down five triples in a 17-point first half, and DeMar DeRozan paced all scorers with 22 first-half points. The two-man scoring show by DeRozan and LaVine wasn’t done there, and neither were the Bulls, as they routed the Lakers on Monday night for their first victory against Los Angeles since November 20, 2016.

DeMar DeRozan scored 38 points total, his sixth 30-plus point performance of the season (which took him all of 14 games to accomplish). Zach LaVine added 26 of his own on 10-for-22 shooting and 6-for-13 from three-point land in the victory. Lonzo Ball was feeling it as well on Monday night with 27 points, eight assists, and seven rebounds. Ball shot 10-of-13 from the floor and 7-of-10 from deep against the team that drafted him.

DeMar DeRozan and Zach LaVine have scored a combined 128 points in the last two nights in wins over the Clippers and Lakers at the Staples Center.

Alex Caruso didn’t score in his first game against the Lakers, but he logged five assists and six rebounds and received a standing ovation from the Lakers faithful after a tribute video in his honor before the tip.

The Lakers played a tribute video for Alex Caruso in his return to Staples Center 🙏 pic.twitter.com/W6LRZWc0WW

The Bulls move to 10-4 on the season and 2-1 on the current five-game west coast road trip with stops in Portland and Denver remaining this week.

This team is fun. 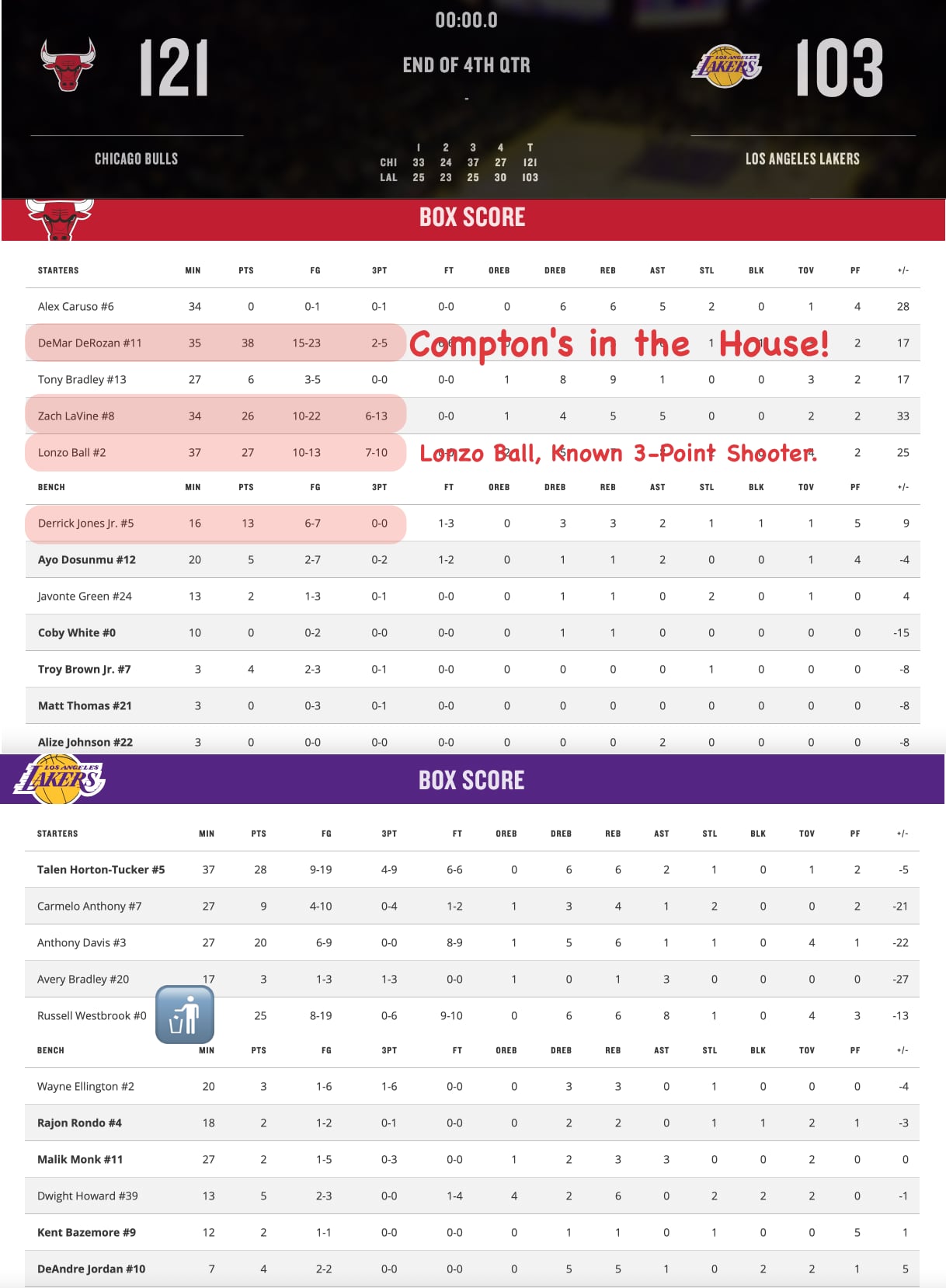