Lonzo Ball's 3-Point Shooting Is Better Than Ever (... But About Those Layups) Skip to content 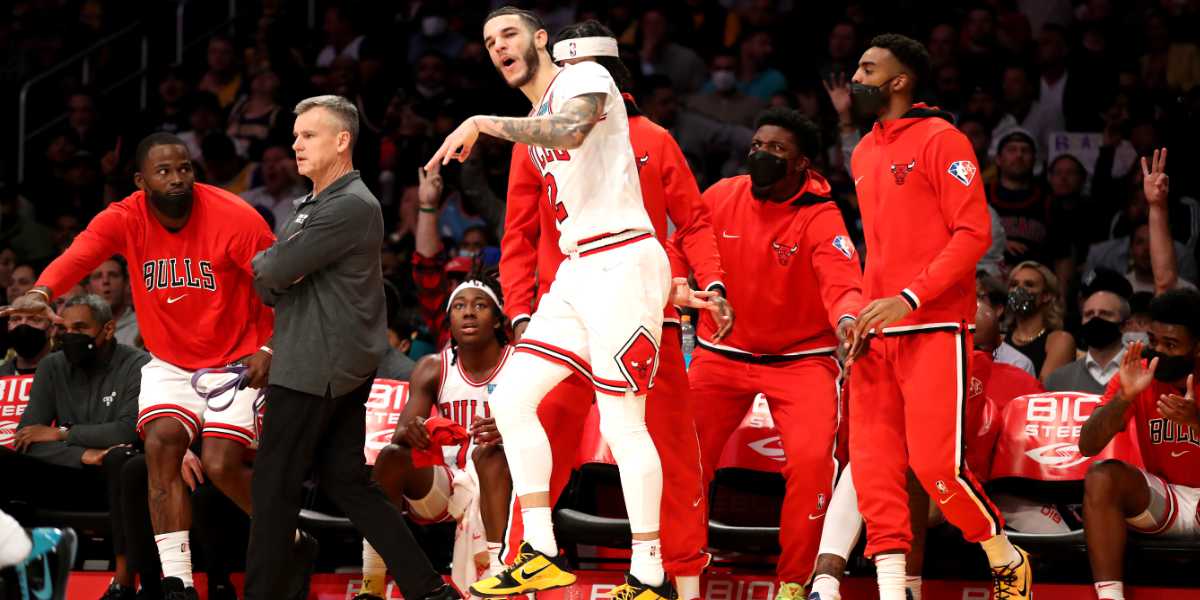 Despite being the No. 2-overall pick, Lonzo Ball waltzed into the NBA with a broken jumper.

A crooked shot with a slow release from the left side of his face, Ball almost looked like he should be on UCLA’s shot put team. The motion was so ugly (HOW UGLY WAS IT) … The motion was so ugly, I’m surprised his teammates didn’t shield their eyes every time he chucked up the rock. And while he somehow managed to shoot 41.2 percent from downtown with this awkward form in college, it immediately caught up to him at the next level.

During Ball’s first season in the league, he looked like one of the worst long-range guards in the NBA. The rookie shot a dismal 30.5 percent from 3 on 5.7 attempts per game. Things failed to look much better during his sophomore campaign … but then a switch flipped.

Once traded to the New Orleans Pelicans, Ball went from a broken shooter to a pretty damn good one. Thanks to hours of work behind the scenes and pointers from assistant coach Fred Vinson, Ball’s shooting stroke moved away from his left shoulder and over to his right. He went on to shoot a career-high 37.5 percent from long range on 6.3 attempts per game.

Considering how wonky the previous two seasons had been, it was fair to question whether or not this newfound shooting ability was sustainable. But Ball immediately showed it was (and on even higher volume). The young guard shot 8.3 long-range buckets per game at a 37.8 percent clip in what would be his final year as a Pelican. All things considered, a second-straight season shooting above league average from distance settled most fears about his future shooting. What it didn’t do, however, is alert us that Ball might turn into one of the best 3-point shooters in the league.

We may be only 14 games into this season, but Ball is off to one of the NBA’s hottest starts from downtown. His 44.4 percent clip currently ranks 7th among players who averaged at least 5.0 3-point attempts per game. Ball has also already hit at least seven 3-pointers in two games this season, making him one of only five players to do that thus far. Not to mention, Ball has become only the 6th player in franchise history to hit seven 3’s twice in his Bulls career, per StatHead, and let’s remember he’s only been in Chicago for 14 games (LaVine, White, Markkanen, Gordon, and Mirotic).

Zo put on a shooting CLINIC.

I seriously can’t emphasize enough how impressive this change has been over Ball’s first five seasons in the league. The only other way I can try is by pointing toward the other 24 players who currently average 40 percent or better from 3 (minimum 5.0 attempts per game). Out of this group of 24, none have ever recorded a season as poorly as Ball from behind the arc while shooting a minimum of 4.0 attempts per game in their career. In other words, practically everyone shooting as efficiently as Ball right now started on a better foundation.

Of course, there is plenty of time for Ball to come back down to earth, but it’s also not hard to imagine this is the kind of performance he can keep up. Improvement has become a trend for Ball, and the opportunity for catch-and-shoot buckets in this Bulls offense has been plentiful. The point guard is already shooting 43.5 percent of his overall shots in catch-and-shoot situations behind the arc, and the Bulls might want to prioritize getting him even more of these looks based on his efficient mark.

Now, the only question I have is whether or not some of this 3-point magic can start to rub off on other areas of his offensive game. While his ball movement and facilitating have been as advertised (particularly in transition), his scoring efficiency inside the arc has been all kinds of icky. Considering the Bulls have DeMar DeRozan, Zach LaVine, and Nikola Vucevic to do much of the heavy lifting in the halfcourt, this isn’t the biggest deal, but an increase in ballhandling opportunities has sometimes put him in positions where creating a shot is necessary. So far he is doing that at the rim worse than he has over the past three seasons.

Ball is shooting just 54 percent on shots within 4ft of the basket, which ranks in the league’s 37th percentile, per Cleaning the Glass. Again, this has never particularly been a specialty for Ball, but he has at least converted at a 59 percent rate in this area of the floor over the past two seasons. Despite being a force in transition, a lot of this failure to capitalize at the rim is thanks to his lack of a quick first step. Ball just struggles to beat guys off the dribble, so an average touch around the rim coupled with a lack of space created leads to plenty of clanked layups. Theoretically, though, with his positional size, there should be room for him to produce better in the paint, and adding this skillset feels like the next step in Ball’s development.

But, hey, let’s not get ahead of ourselves. Ball is still checking all the right boxes for this Bulls team. He has already shown he can be the kind of lead guard presence this team has lacked since the early 2010s, and I’d say that’s more than we could ask for at this point in his Bulls career.