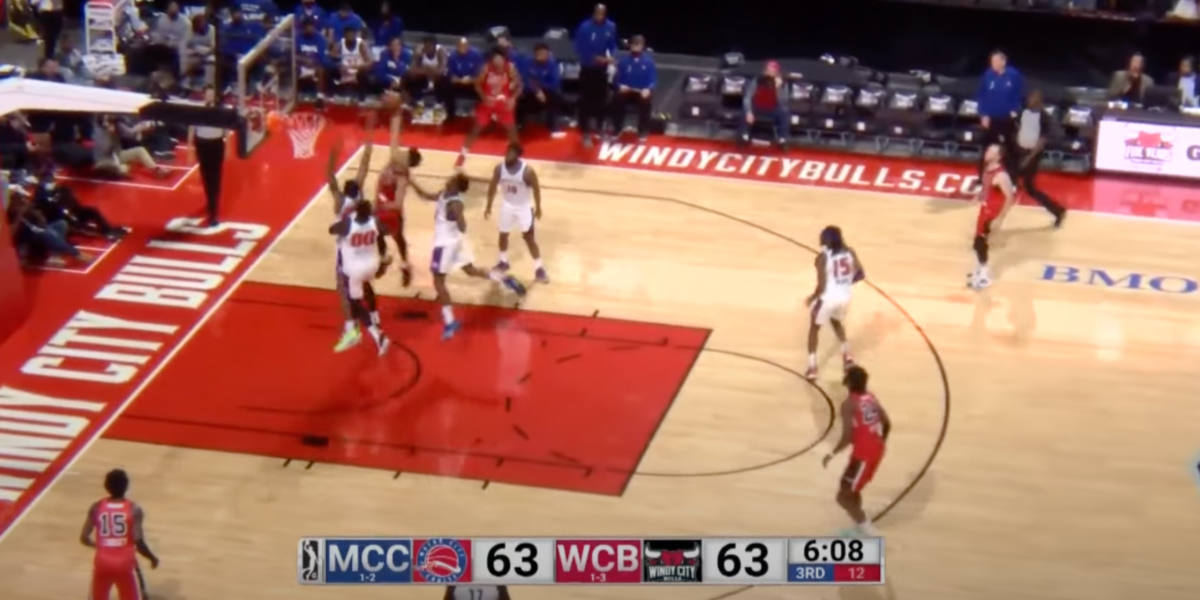 Devon Dotson is listed as 6’1″ on the official NBA website. Last night, in a Windy City Bulls matchup with the Motor City Cruise, he put three men on a poster.

Watch it … and then watch it four more times:

The small second-year guard has been one to pull off a flashy dunk before (he competed against Zion Williamson in the 2018 McDonald’s All-American Dunk Contest), but I’d bet this slam will go down as one of the best in his career. The momentum he created going toward the basket to launch him over those three defenders in an emphatic fashion was downright impressive. Then, the pat on the head celebration immediately after was the perfect final touch.

Dotson has been off to a relatively hot start with the Windy City Bulls this season. Over the first five games, he is averaging 16.6 points with 7.0 rebounds, 6.4 assists, and 1.4 steals a night. Sure, we want to see better than a 37.6 clip from the field and an average of 3.0 turnovers per game, but he’s got plenty of time to clean up both categories as the season goes on. After all, while he might be on a two-way deal, the Bulls do seem to have plenty of backcourt depth at their disposal right now, making it hard to see a path for Dotson to carve out much playing time this season.

But, hey, I’ll happily watch plenty more of his highlight plays in the G-League!