Despite gaining a lead as large as 20 in the first half, the Chicago Bulls failed to keep the Portland Trail Blazers at arm’s length. The second half was a mix of cold shooting stretches and sloppy turnovers that ultimately led to a re-energized Blazers squad outscoring the Bulls 64-44. Chicago coughed up the ball a total of 15 times (13 of which came in the second half) and ended up losing the points off turnover battle 29-17. While credit has to be given to the Trail Blazers for ramping up their execution on both ends, it was largely these careless mistakes that yanked a winnable game out from under the Bulls.

The late-game decision-making also didn’t help. Despite all these second-half mistakes, the team was still in a position to walk away with their 11th win of the season. However, after two quick buckets from LaVine, the All-Star guard opted for an early-shot clock hero-ball 3. That sequence was quickly followed by another mind-boggling display where, despite having two timeouts, the Bulls played through a possession where DeMar DeRozan slipped with the ball in his hands before putting up a heavily contested and off-balance mid-range jumper.

Then, still only down 3 points, the Bulls couldn’t have asked for a better ATO play. Tony Bradley set a picture-perfect screen to give Zach LaVine arguably the most wide-open look he has seen all season. And … Clank.

No, the loss doesn’t give us a reason to panic. We have to remember (1) this was the team’s 3rd game in four days and (2) their All-Star center is still in quarantine. But, with that said, there is no denying this is a bad loss, especially when we consider a tough Denver Nuggets team is up next. 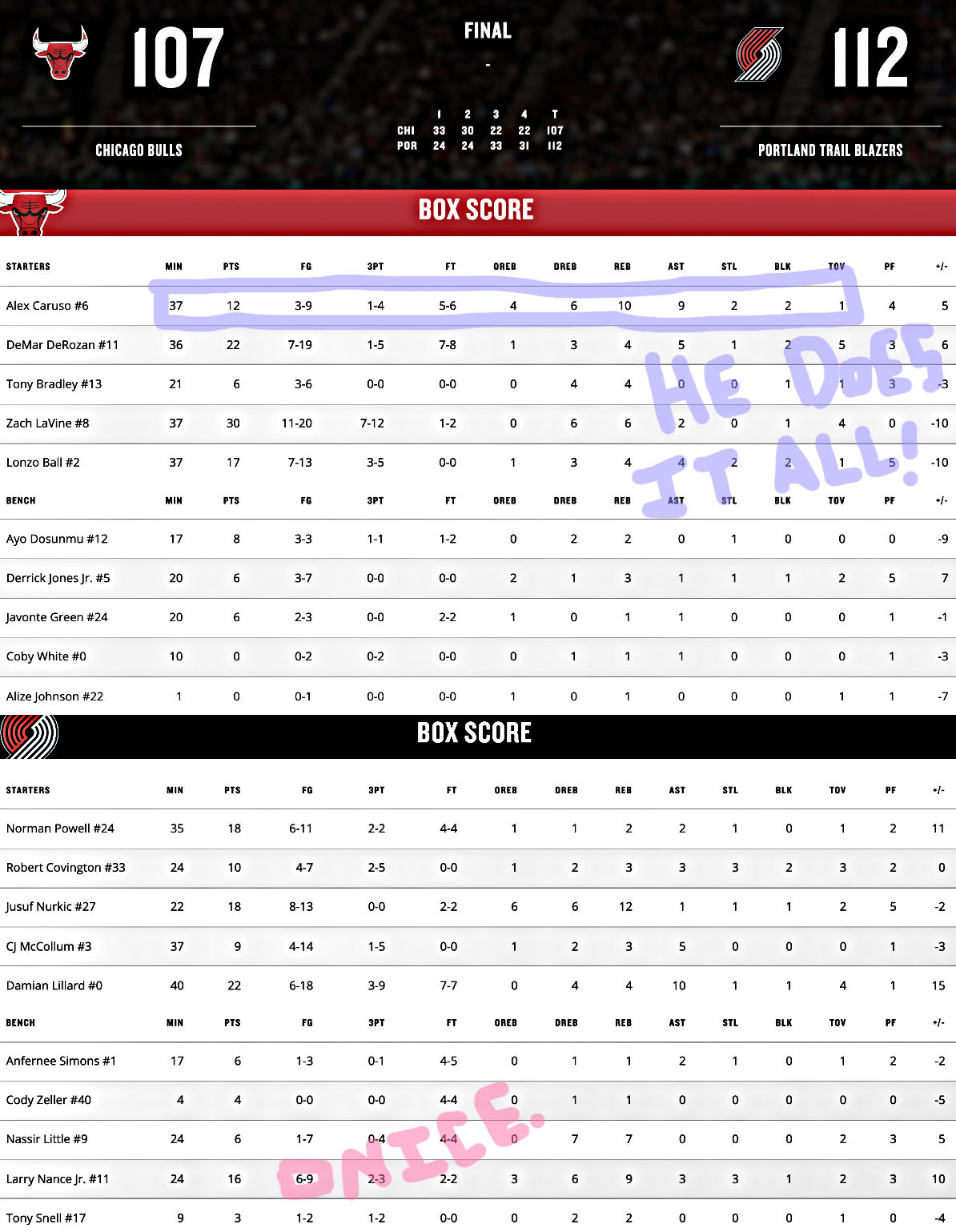