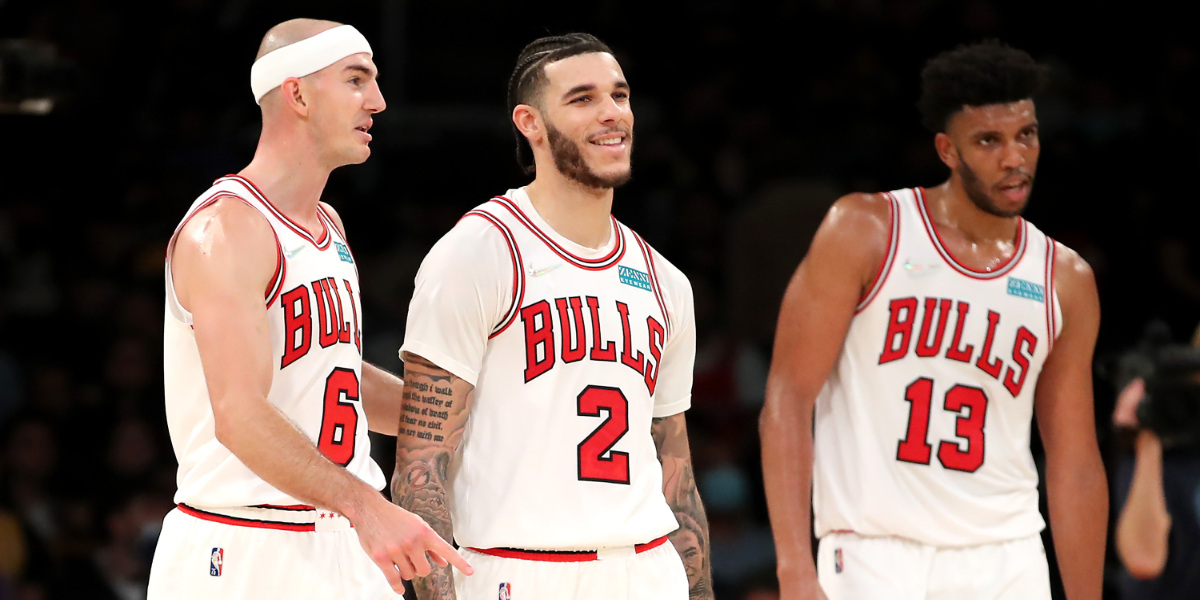 When 12 players are swapped out from the beginning of one season to the next, the expectation isn’t for things to click right away. But the Chicago Bulls might as well be the epitome of unexpected.

Coby White, Patrick Williams, and Zach LaVine are the only players who remain on the roster from 2020-21 opening night. One of those players is currently out indefinitely with a wrist injury and the other is just now making his return from a torn labrum. So, in reality, only Zach LaVine has shared the court alongside this completely new roster, making it even harder to believe the team currently sits 10-5 and 3rd in the Eastern Conference.

Things are not supposed to be this easy when you add two former primary scoring options and a totally fresh batch of reserves, and Alex Caruso might as well know it. In a conversation with SB Nation’s Ricky O’Donnell, the former Laker could not help but mention the chemistry this group has already built behind the scenes.

I think AK and Marc have done a tremendous job putting the team together. Obviously it’s showing a little bit on the court so far. Even within the organization, what people can’t see is we just have great relationships on the team. We have great people. Players who show up and do their job. Let everyone kind of be free and be who they are. It’s a lot like that championship team in LA. That’s half the battle in the NBA is finding a team that can have great chemistry and translate it to the court.

Uh, did he just throw out the C word?

Caruso went on to even more directly compare the chemistry this team has to the one he felt with LA’s championship team. While he was surely open about the fact that this group has a ways to go on the court before reaching that point, he said this group has the “chemistry and camaraderie” to grow into quite the competitive team.

The on-court execution is what matters most, but as Caruso touches on above, these relationships can have a direct impact on how the team performs. Trusting one another and understanding a teammate’s mindset/tendencies is a big part of fighting through adversity successfully. And we have already seen the Bulls do that numerous times this season with massive comeback efforts and the NBA’s 3rd-best 4th quarter Net Rating.

I’m not trying to get ahead of myself when it comes to this season’s expectations (let’s just make a playoff run, please), but I do think a comment like this from Caruso speaks volumes about what the Bulls have brewing. It tells us a lot about how much this specific group wants to succeed together, and it also says a lot about this front office’s ability to form a truly competitive product.

Anyway, I strongly encourage you to read the rest of O’Donnell’s Q&A with Caruso. The Bulls’ new defensive menace had plenty more to say about the hot start and his career.

I talked to Alex Caruso about the Bulls' revival, his G League roots, earning the trust of LeBron James, and if Chicago can become a premier free agency destination: https://t.co/Mwf7wY5ZFD