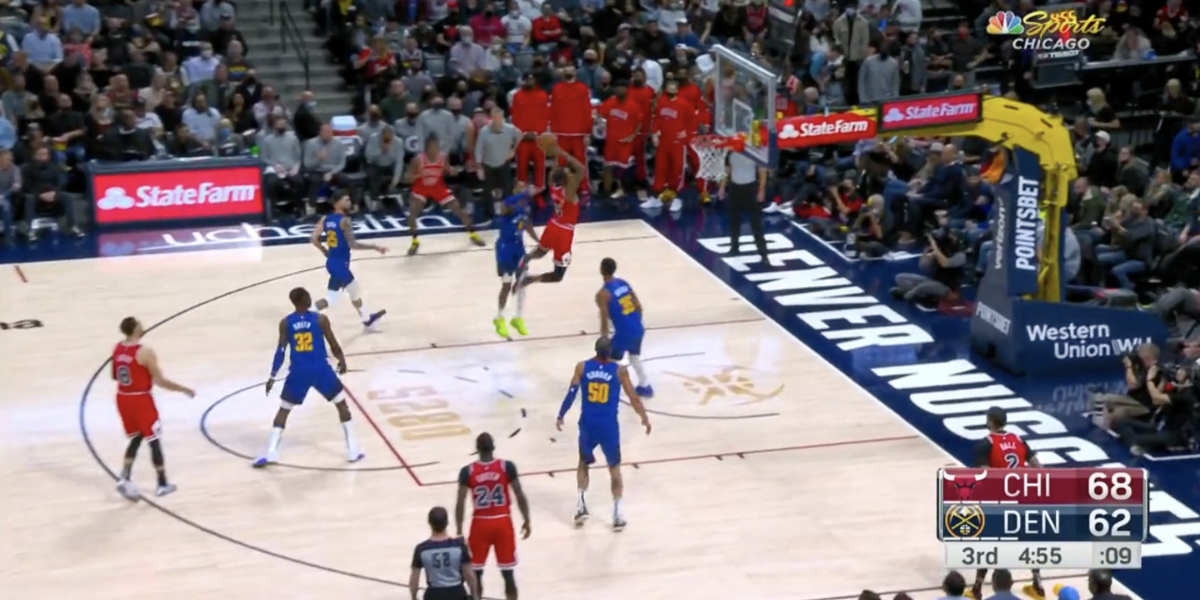 Derrick Jones Jr. is a dunk contest champion, and he reminded us of that on Friday night in Denver.

In the third quarter against the Nuggets, the Bulls reserve set a screen for Zach LaVine before diving toward the rim. LaVine immediately fed him the ball, and Jones took off right inside the free-throw line. For a second I thought he left his feet too soon, but then I remember who we were dealing with.

I mean … holy crap. Doing that in pregame warm-ups would have been impressive, but doing it in a game? Only a rare few players in the league can do that.

Anyway, the dunk party didn’t stop there. The Bulls have been dropping highlight after highlight in the second half, and Zach LaVine quickly reminded Jones “anything you can do I can do better.”

Man, this team is fun as hell.