And that, my friends, is how you close out a game.

Despite missing reigning MVP Nikola Jokic, the Denver Nuggets played one hell of a ballgame. Behind a 47.8 percent shooting performance from the field and tough-nosed defensive effort, the Nuggets were able to fend off nearly every threatening run the Bulls went on. The 4th quarter, specifically, was filled with a number of clutch shots from Aaron Gordon and Fancudo Compazzo, which kept the Nuggets within four with just under 6:00 minutes to go. Then … Zach LaVine happened.

The All-Star rattled off the Bulls’ next 12 points in true superstar fashion. And when Denver still wouldn’t go away, the team’s other All-Star-caliber player, DeMar DeRozan, took some pressure off LaVine’s plate and got to the free-throw line. It was the perfect example of just how deadly this team can be in crunch time. They attacked with a blend of sharpshooting athleticism and high-IQ iso scoring that is difficult for any team in the league to overcome, and that is exactly why they will walk out of this road trip 3-2.

Seriously, can you believe that? A five-game road trip against the Warriors, Clippers, Lakers, Trail Blazers, and Denver Nuggets ended in the Bulls favor DESPITE missing their 3rd-best player (a guy who also has the capability to be their best player on any given night). If there were still people out there questioning what this Bulls team can do, I think this road trip gave some obvious answers.

BULLS ARE BACK, BABY! 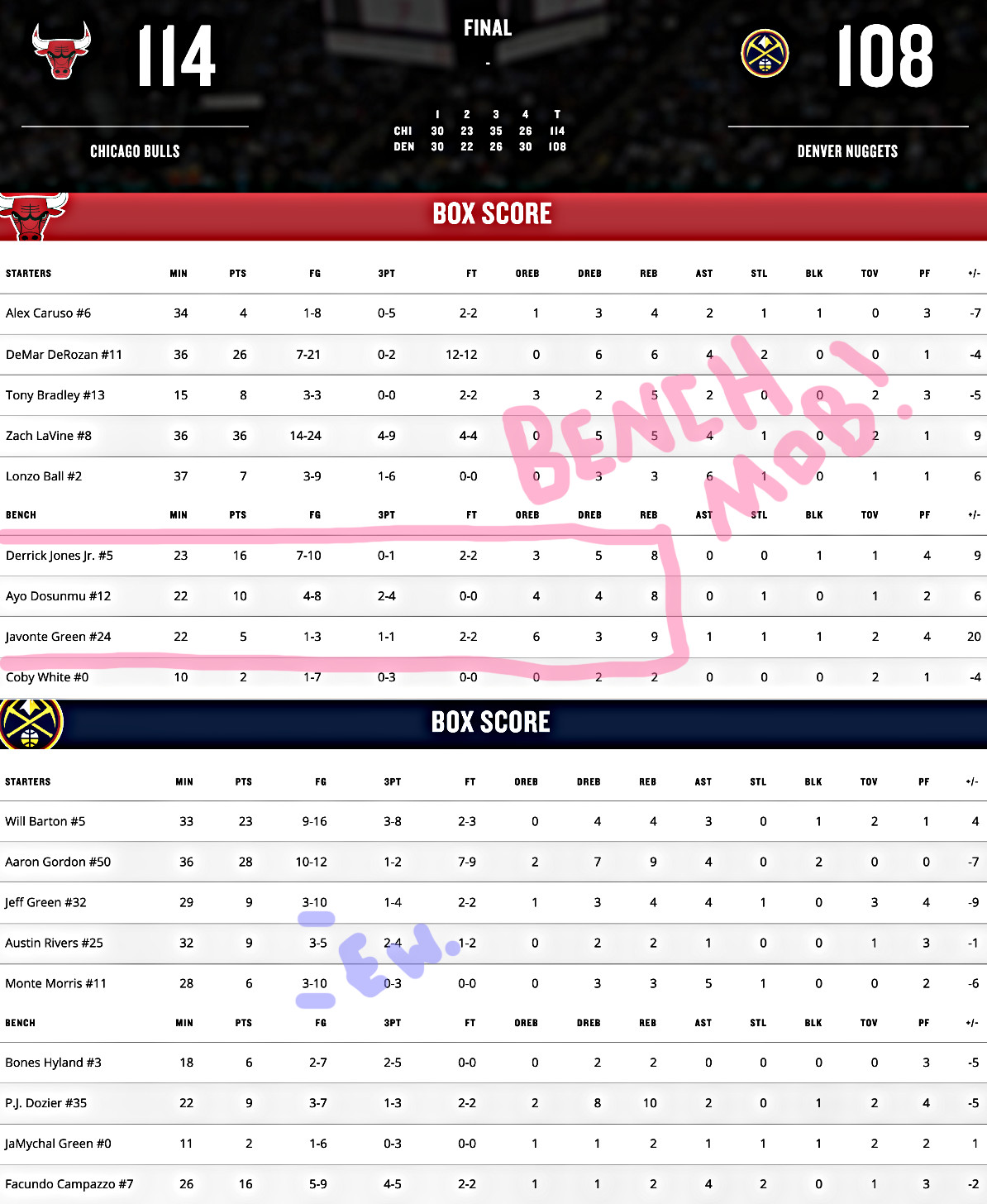