On the 17th Anniversary, It's Time for Our Annual Dose of Malice (at the Palace) Skip to content 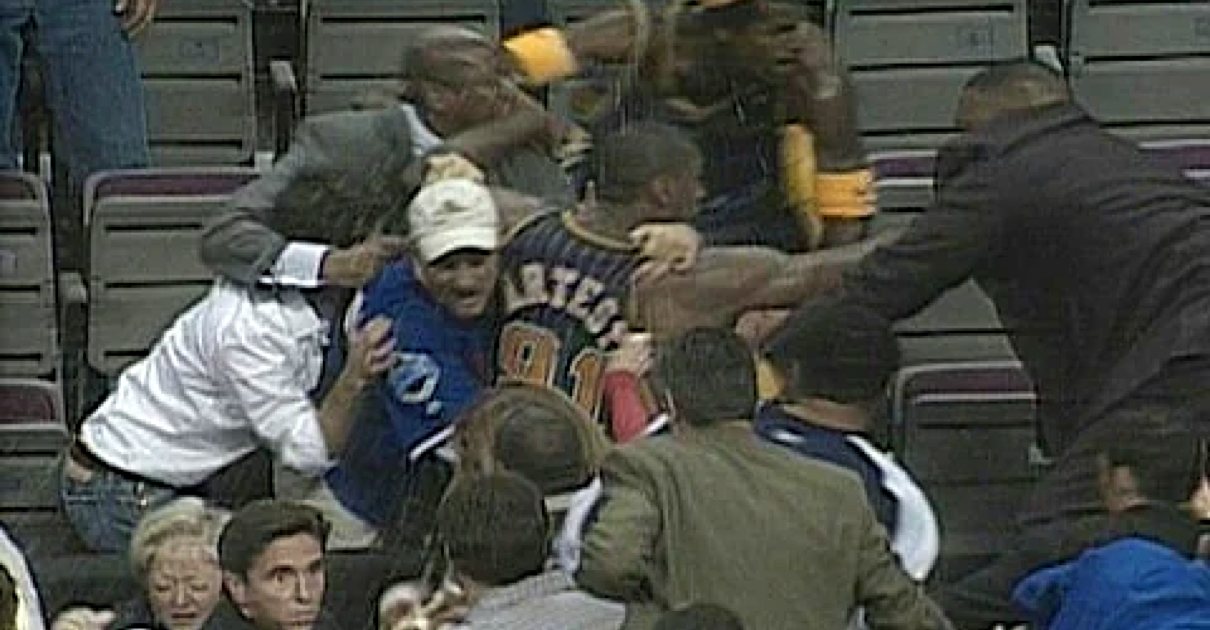 I was a freshman in high school on November 19, 2004, when I tuned into a matchup between the defending NBA champions, the Detroit Pistons, and their biggest challengers at a second consecutive Eastern Conference title, the Indiana Pacers, on ESPN that evening. Little did I know that I was about to witness one of the wildest games in professional sports history, and it would have nothing to do with the on-court product.

It is the 17th anniversary of Malice at the Palace, so treat yourself to some madness.

Could you imagine if something like this happened in today’s NBA pic.twitter.com/aCx3mIDo86

Reggie Miller was in the twilight of his career and searching for the elusive Larry O’Brien Trophy that had escaped him throughout his Hall of Fame career. Michael Jordan and the Chicago Bulls played the villain in Miller’s quest for a title for much of Miller’s career. Still, with Indiana loaded and primed to make a legitimate run at the NBA Finals this season, it was his teammates that would put the final nail in the coffin for Miller’s ringless career.

Jermaine O’Neal, Ron Artest (now known as Metta Sandiford-Artest), and Stephen Jackson were the budding stars on a Pacers team that was 7-2 before this fateful night in Detroit, a night that would derail their title hopes after unprecedented suspensions were handed down on the players involved by then-NBA Commissioner, David Stern. Ron Artest was suspended for the regular season and the playoffs, an NBA-record 86-game suspension that encompassed 73 regular-season games and 13 playoff games. Stephen Jackson (30), Jermaine O’Neal (25), and Anthony Johnson (5) also served suspensions from the Pacers side of the incident while Pistons’ big man Ben Wallace was handed a six-game suspension of his own. Jermaine O’Neal’s 25-game suspension was reduced to 15 games by an arbitrator later.

This was an incredible moment in sports history, and if you’re not of the age group that would have seen it live, or you are, and you want to re-hash the events, Netflix has a documentary on the event that I strongly recommend you give a watch this weekend.