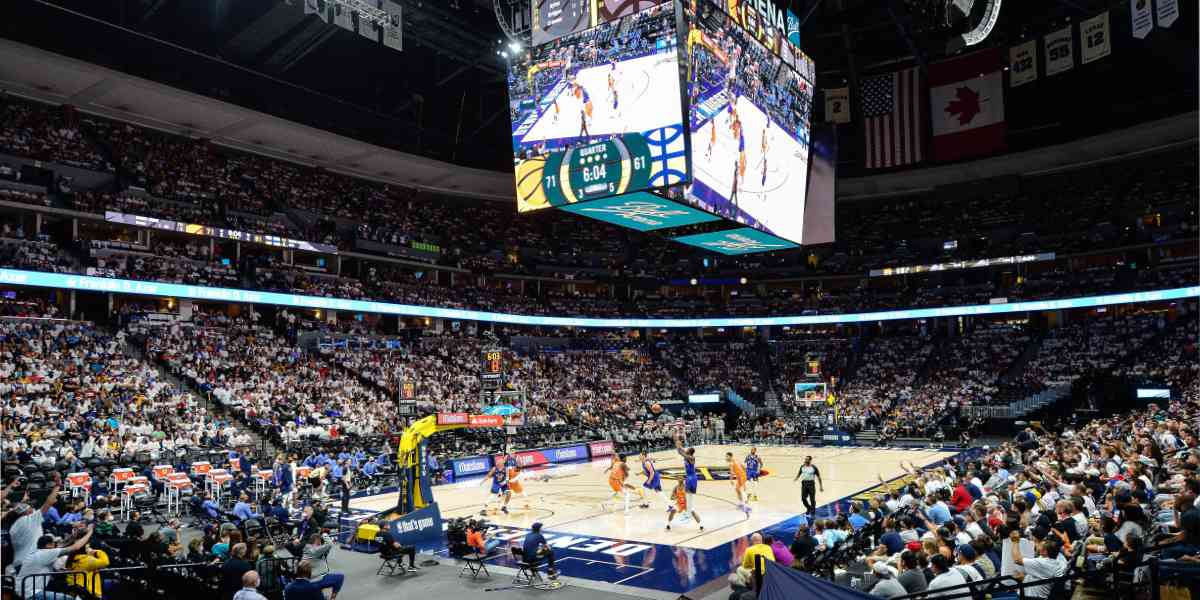 END THE ROAD TRIP ON A HIGH NOTE. I TRIPLE DOG DARE YOU!

Nikola Jokic is Now Listed as Questionable for Tonight’s Matchuphttps://t.co/hPsX56lKZh

•   First things first, no Nikola Jokic is HUGE. The reigning MVP has looked no different to start this season, dragging a beat-up Nuggets squad to a 9-6 start and sitting 6th in the NBA in scoring. His basketball IQ and passing ability continue to make him one of the hardest to stop players in the league, and doing that for the Chicago Bulls was only going to be that much harder without Nikola Vucevic. Fortunately, however, they now don’t have to worry about that! No one likes to see a star player on the bench, but no Jokic makes this a borderline must-win for the Bulls.

•  Denver isn’t going to beat you with their speed (29th in pace) and they’re not going to beat you behind the arc (shooting a 3rd-worst 31.3 percent). Instead, the Nuggets play a smart and methodical game that revolves around consistent ball movement and efficient paint scoring. With that being the case, it will be interesting to see if the Bulls can try to force this Nuggets team to play a bit more uptempo from the early going. Zach LaVine has been nothing short of aggressive over the past several 1st quarters, and seeing a similar emphasis on getting downhill tonight against a Nuggets team on the backend of a back-to-back would be nice.

Good News: The Bulls Are Getting Off to Better Startshttps://t.co/urIUR5mln1

•   One area where these two teams differ dramatically: Getting to the free-throw line. Thanks to DeMar DeRozan and LaVine, the Bulls have averaged 20.0 free-throw attempts a night which far surpasses the Nuggets league-low 15.9 per game. Denver has been good about keeping players away from the charity stripe, but the Bulls’ ability to draw contact could come up big if this one is close.

•   Lonzo Ball has scored 17 or more points in two-straight games for the first time this season. With Vucevic in Chicago and White taking some time to get the feel of things, another aggressive scoring night from him feels needed.

A Different Kind of Challenge, Facing the MVP, Lonzo and Caruso’s Defense, and Other Bulls Bulletshttps://t.co/PNw3K0PoCx