Brushing Off A Blowout, Missing Alex Caruso, Vucevic Expected to Travel, and Other Bulls Bullets Skip to content 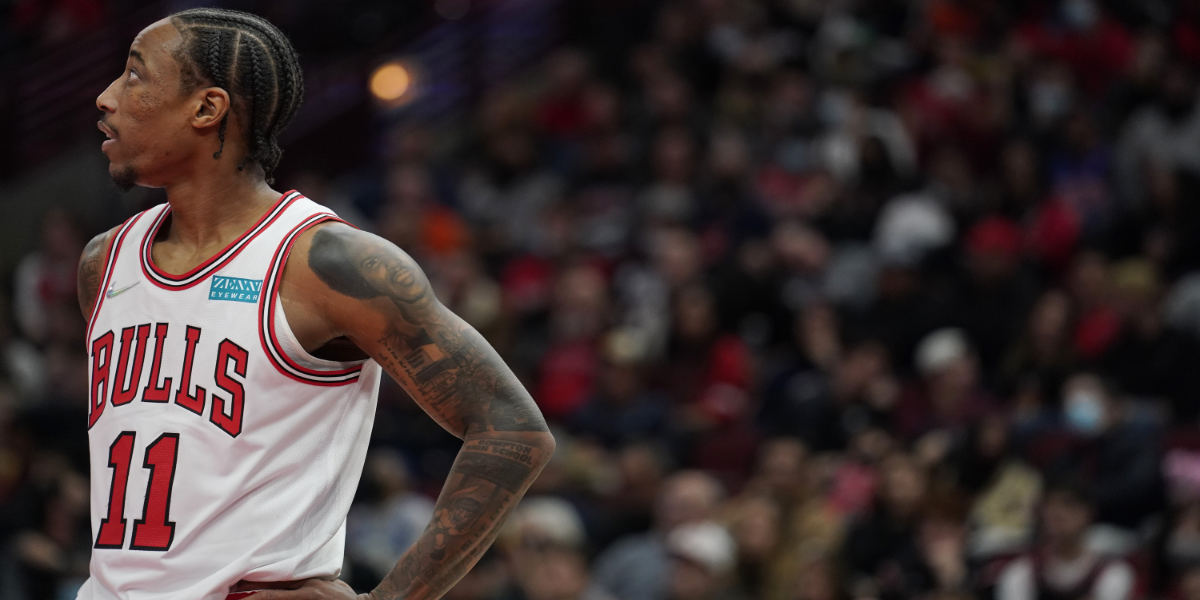 To those folks who are still fuming over last night’s blowout loss to the Indiana Pacers, let’s look on the bright side.

Without Chicago’s poor effort, fans in the United Center would not have had the energy to break out a “FIRE NAGY” chant in the middle of the 4th quarter. And, now, there are rumblings of the head coach’s dismissal after the Thanksgiving game.

Am I saying the Bulls took an L to make the city of Chicago a better place? Yes, absolutely, and that’s secretly a W in my books!

•   In all seriousness, no, I’m not happy with what we saw from the Bulls last night. Watching the team score a season-low 77 points and shoot a season-worst 36.5 percent from the field was about as yikes-inducing as watching your Aunt Linda pop the third bottle of wine on Thanksgiving. This is not gonna be pretty, folks. From the moment the ball was tipped, the Bulls simply looked one step behind. They were outscored 31-16 in the first quarter, struggling to set the tone against a Pacers team with two aggressive big men, Domantas Sabonis and Myles Turner, who combined for 33 points, 22 rebounds, and a 50 percent performance from the field.

•   If there was anything to take away from this game, it would likely be that. While the Pacers did a great job sharing the basketball, it was the Bulls’ lack of size up front that allowed 44 points in the paint and a 59-38 advantage on the glass. This team has had its fair share of success playing small so far this season, but there are just going to be some matchups on paper that are hard to overcome.

•   The absence of Alex Caruso was also surely felt. I think it would be silly to say his presence would have single-handedly flipped the script, especially with how poorly everyone shot the ball, but it’s hard now to imagine we would have seen more life on both ends of the floor. Caruso’s high-energy play has been a difference-maker since the moment he arrived in Chicago. His ability to fight around screens, pile up deflections, and be at the right place at the right time sets an important tone on defense. Not to mention, it makes the rest of his teammates look a whole lot better. Adapting to life without him on the floor last night was clearly a challenge, as Bulls players repeatedly rotated late and struggled to put pressure at the point of attack. Overall, according to Basketball-Reference, it was the second-fewest turnovers by a Bulls’ opponent this season, and I don’t think we can call that a coincidence.

•   Of course, Caruso has also been a key ball mover on the opposite side of the floor. As one of the team’s four players averaging at least 4.0 assists per game, he does a great job keeping the Bulls’ offense uptempo and active. The team struggled to do that as the Pacer lead grew larger and larger, slipping into more ISO possessions and contested jumpers. Again, Caruso would not have single-handedly removed this from the equation, but he would have given the team some much-needed off-ball movement and another viable kick-out option. In general, Caruso’s first missed game told us a lot about how important he is to this group’s natural flow.

•   With all of that said, last night’s loss kind of bounced right off me. To completely forget about the fact that Chicago was missing two key players on the backend of a back-to-back after a grueling five-game road trip and 13-game gauntlet feels … silly. I’m not going to tell anyone how to feel – if it bothers you, it bothers you – but I can live with a loss like that pretty comfortably considering the context. I really liked what Donovan had to say on the whole thing after the game. As the head coach, he wasn’t going to tell his players to completely ignore what happened, but he was realistic about the fact that not every game is going to be perfect.

I’ve never been a big believer in, ‘oh, just flush the game it didn’t happen.’ No, it did happen. That’s exactly what happened, and we got to own it … Over an 82 game schedule, nights like this happen. It does happen. But if it catapults us going forward to make us better then okay great. But, if it’s not something that helps us, then I think it’s a missed opportunity.

•   In other more exciting news, Nikola Vucevic is that much closer to a return! Donovan told reporters after the game that the big man will travel with the team for their short two-game road trip this week. To be clear, he didn’t commit to Vucevic playing, but it sure sounds like we are headed in that direction after a 7-game hiatus.

Billy Donovan says Vooch will travel with us to Houston tomorrow.

"He's going to work out again tomorrow, I don't have an update on his availability yet. He's out of the Covid protocols… but whether he can play with our team I'm not sure, that's going to be up to the doctors." pic.twitter.com/G5uFEAsfCP

New for @TheAthleticNBA – an early look at the top 25 free agents for 2022, featuring the very interesting case of Montrezl Harrell

Marc-André Fleury is back. The 2021 Vezina winner looks like his “old” self with the Blackhawks and has won his last four starts. What does it mean for Chicago? https://t.co/aSc8P4j9Gs