Ball vs. Ball, A Much Lighter Schedule, the Iffy Halfcourt Offense, and Other Bulls Bullets Skip to content 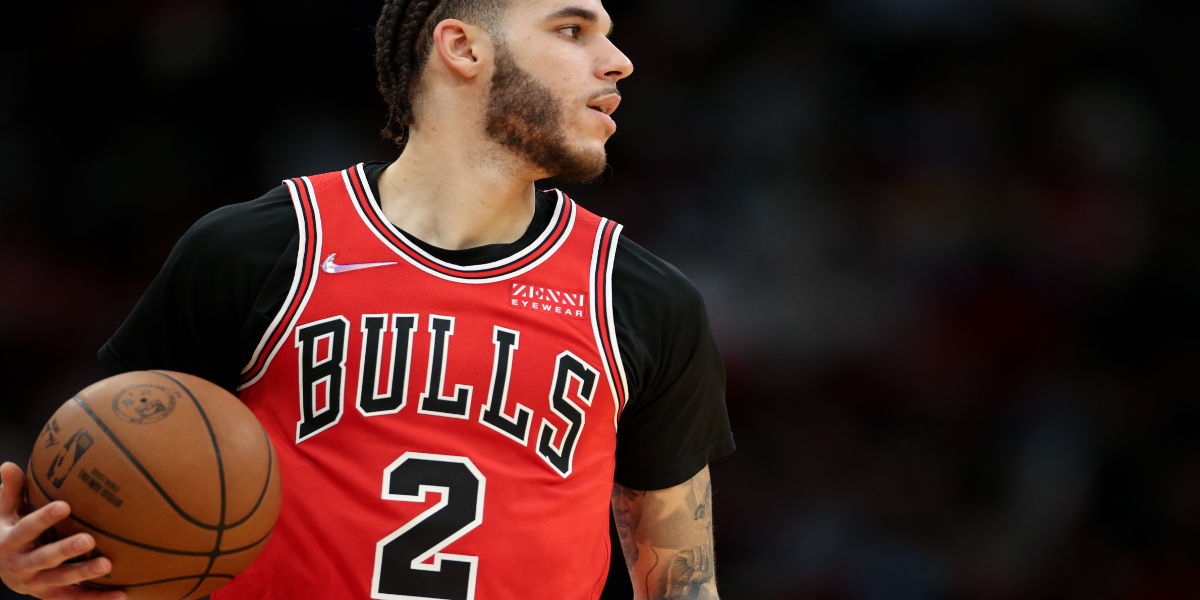 I would like to organize a date with the person who created the Chicago Bulls schedule. Then, once that person is nicely seated at a fancy restaurant in their finest attire, I will proceed to … NOT SHOW UP!

Seriously, I thought this November stretch would be brutal when the schedule was initially released back in August, but I didn’t realize it would be this brutal. Seven games in 10 days with two back-to-back sets is wild. And we can’t forget the beginning of this stretch started with the final two contests of a brutal five-game Western Conference road trip.

I hope you have fun sitting at that empty table as the waiter keeps awkwardly checking in on you!

•   The good news is that we finally see the Bulls’ schedule lighten up this week. The competition might still be pretty strong – Hornets, Knicks, and Nets – but at least it’s only a three-game set with two full days off between tonight’s battle with the Hornets and Thursday’s meeting with the Knicks. Speaking of which, who else is excited for some Ball vs. Ball action tonight!?

•   When LaMelo Ball takes the court against his big brother at the United Center later today, it will only be the third time these two have matched up. So far, the series between them is tied 1-1, with Lonzo winning the most recent game. While I’m sure both always want to hand the other an L, I have to imagine there is some extra motivation tonight knowing they sit fight next to each other in the East standings. This should be a fun one.

We got Charlotte in the house tonight!

•   As far as transition play goes, no team is better than the Chicago Bulls. Lonzo and his athletic teammates lead the league in Points Per Play in transition, per Cleaning the Glass. The team’s 135.1 mark sits comfortably ahead of the second-place Miami Heat, who hold a 132.0 clip. With that said, Charlotte also ranks top-10 in transition efficiency (more specifically, 10th at 125.8) in large part thanks to their own Ball brother. LaMelo is currently averaging 19.4 points, 7.9 rebounds, and 8.0 assists for the 13-9 Hornets. His urgency to play fast and fierce has the team operating with the 3rd-highest PACE in the NBA and holding the 6th-best offensive rating.

•   Now, where the Bulls and Hornets differ significantly is on the defensive side of the ball. While Charlotte does average the 5th-most steals per game, their overall defensive rating sits at a lackluster 24th. The team’s biggest problem has been keeping opponents out of the paint, forking over 48.8 points inside per game, which ranks 3rd-worst in the league. For a Bulls team that likes to get downhill and has found plenty of success putting pressure at the rim in late-game situations, this certainly feels like an area they can exploit. Likewise, a return to midrange dominance could be in the cards after a poor shooting night against the Miami Heat. Charlotte allows opponents to shoot 44.6 percent on shots between 16-24 feet from the basket, the 6th-highest clip in the NBA. The only other team that averages more shots a night from this distance than the Chicago Bulls is the Los Angeles Lakers.

•   By the way, Mason Plumlee is expected to be on the sideline tonight, so that should only add to the Bulls’ eagerness to get to the rim.

Mason Plumlee is out against the Bulls in Chicago tomorrow. Will be the third straight game he’s missed.

•   I will say, naturally, Charlotte is going to give up more points than most teams due to their high PACE. The more possessions they give themselves, the more possessions their opponent will have. Duh. But shooting percentages are shooting percentages. The Hornets’ defense has just not been particularly strong so far this season, and it feels like an area where the Bulls should have a solid advantage.

•   Let’s hope the Bulls can use this iffy Hornets defense to work on their halfcourt offense! While the team might rank a decent 13th in halfcourt offense, per Cleaning the Glass, the eye test is all you need to know this team has struggled to find a consistent rhythm in this setting. The game against Miami was one of the more painful displays of halfcourt offense we’ve seen, as sloppy passes and miscommunication helped lead to a season-high 23 turnovers. It’s hard to imagine a quick fix to this problem right now. The Bulls have enough sheer talent to take care of business against most bad-to-average defenses, but they simply need more experience against top defenses to gel properly. And, of course, they also need a guy like Nikola Vucevic to hit some dang shots!

•   There is no question Vucevic’s lack of shotmaking and inefficiency around the rim has brought down the Bulls’ halfcourt success. The big man has simply failed to be the offensive threat they need him to be, and it’s allowed for defenses to focus that much more on the playmaking ability of Zach LaVine and DeMar DeRozan. Likewise, Coby White has yet to look like the secondary scoring threat we all know he can be. The Bulls bench has offered great energy and defensive play, but the lack of reliable shooting around DeMar DeRozan has been a problem when operating in the halfcourt.

🚨 Our Cyber Monday sale is LIVE 🚨

Bulls tickets starting at $25 today only!

•   It’s so hard to describe just how good these two have been.

Great video here from Ben on the secret sauce to the Bulls' early season success — Ball and Caruso generating stops together, leading to easy offense.

Here are some more examples from last night's game that I clipped: https://t.co/GBd23Yy9YX pic.twitter.com/gH68tlg4Vx

•   The baseball news is coming in hot and heavy.

Waiting Too Long to Figure Out the Willson Contreras Situation Could Really Sting the Cubs – https://t.co/PXy8YFOgec (via BN)