Bake the cake. Pull out the streamers. Hang the banners. We’re throwing a welcome back party, folks!

Tonight, in a 133-119 win over the Charlotte Hornets, Nikola Vucevic finally gave the Chicago Bulls the kind of All-Star-caliber performance they traded for at last season’s deadline. The big man posted his first 30-piece of the season along with 14 rebounds, 5 assists, and 2 blocks. He tied his career-high with six 3-pointers and walked off the floor with a +31 on the night. Aside from some mishaps in pick-and-roll coverage early in the first quarter, it was a truly dominant performance from the two-time All-Star – one that was especially encouraging considering his inefficient start to the season.

Thanks to this Vucevic performance and a combined 53 points from Zach LaVine and DeMar DeRozan, the Chicago Bulls somewhat easily outplayed one of this season’s most explosive offenses. The team scored a season-high 133 points on a season-high 35 assists, finishing with an absurd 59.6 clip from the field and 46.7 percent mark from downtown.

While the defensive execution could have been better, the Charlotte Hornets are built to score in bunches. They have averaged the most points per game so far this season while shooting the best clip from downtown. So when the team broke out into a 21-6 run to open up the 4th quarter, it wasn’t particularly shocking, but it was another important opportunity for the Bulls to show they could weather the storm. Fortunately, that’s exactly what they did, finishing the game on their own big-time 23-13 run.

With Vucevic having the kind of night he did, it’s hard for me not to think this is the closest we have seen the Bulls to the peak of their offensive power. This is the kind of versatile shotmaking Arturas Karnisovas and Marc Eversley envisioned when they built this team this offseason, and it sure did look smothering.

Overall, what a remarkable way to kick of a week with two more tough matchups (Knicks and Nets). Rest up, guys, and let’s do it again on Thursday at MSG! 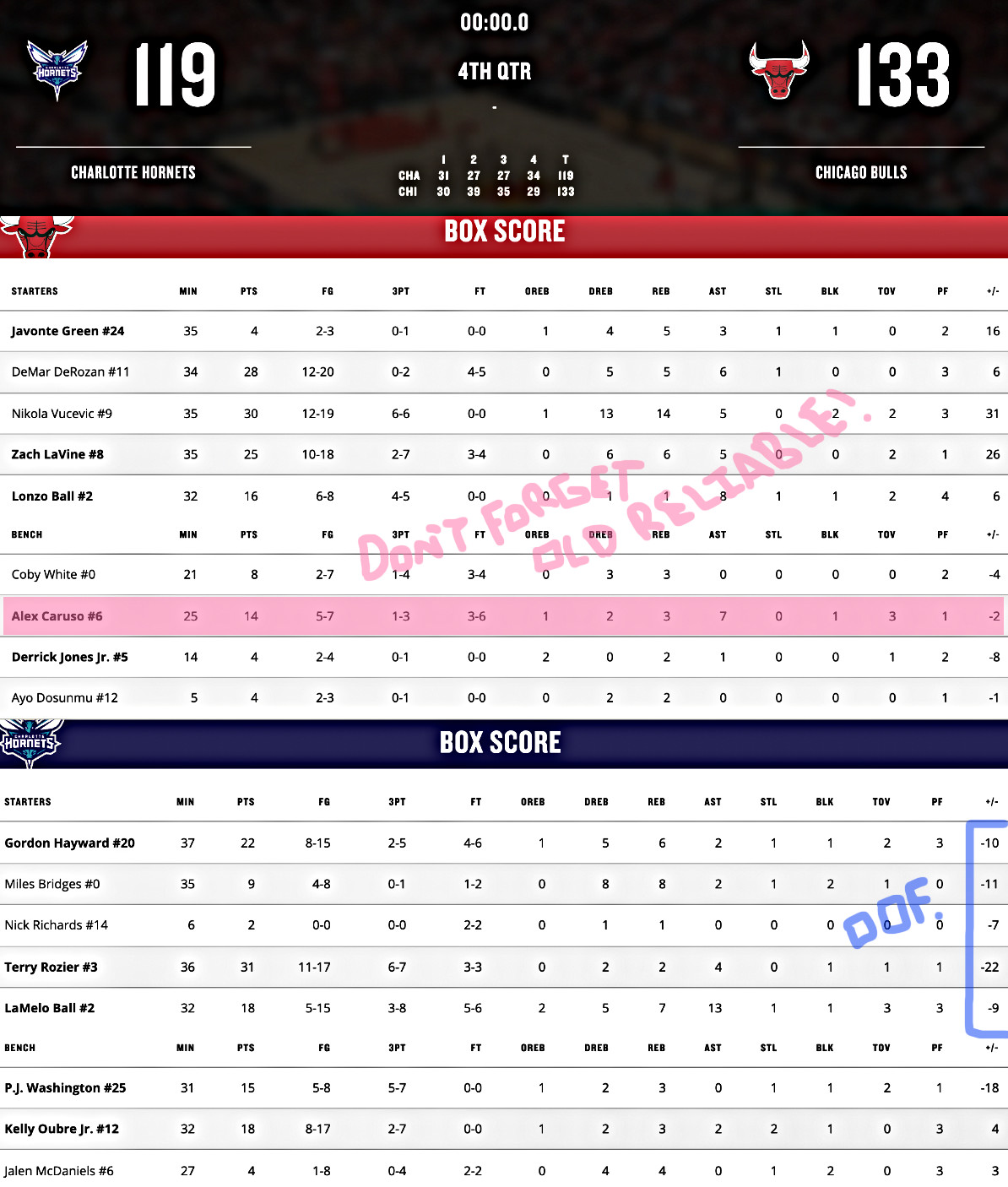