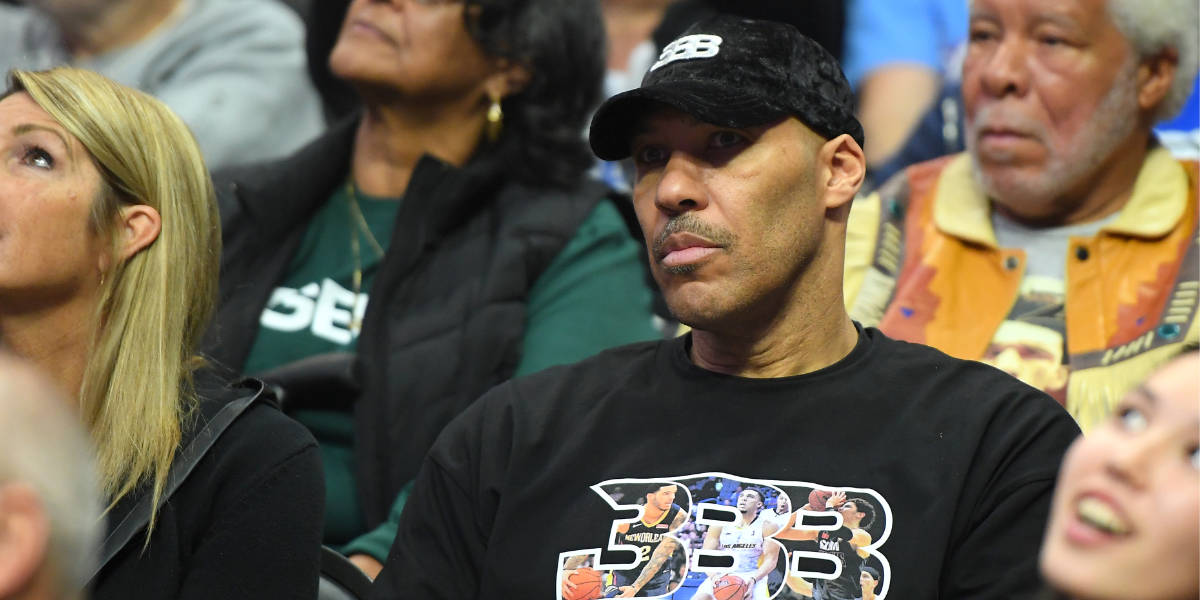 When Lonzo Ball’s name started to enter the mix for the Chicago Bulls, I saw more than a few comments from worried fans about his … um … rambunctious father. LaVar thrust himself into the spotlight when Lonzo started to become a household name among basketball fans during his days at UCLA. He went on First Take to scream at Stephen A. Smith, started an extremely overpriced sneaker company, and did not hesitate to say Lonzo is better than Stephen Curry. It was ridiculous, but it was also short-lived.

LaVar has been relatively quiet for the past several years. Even with his youngest son, LaMelo Ball, entering the NBA as a franchise centerpiece, the Big Baller Brand owner himself has been pretty subdued. The chance of him now coming fully out of the woodworks feels slim, especially with his sons seemingly set on paving their own path, but I don’t think anyone is surprised to see him emerge ahead of a LaMelo vs. Lonzo battle set for Monday night.

LaVar made his way to Chicago this weekend to set up a Big Baller Brand pop-up shop ahead of the Bulls-Hornets game. While in town, he spoke with Block Club Chicago’s Mack Liederman about his business and his sons. And, in true LaVar fashion, he made quite the comment.

Ball is trying to bring that family connectivity to the Bulls. He said he met with the team’s executive vice president of basketball operations and lobbied him to “get all three of” his sons: Lonzo, LiAngelo and LaMelo.

“By themselves, they are good. But together, they’re great,” Ball said.

Let me first say: Having LaMelo and Lonzo on the same team does sound like stupid fun. I can not deny that. And, hell, if LiAngelo has to sit in a two-way slot at the back of the bench to make that happen, fine by me.

I have to imagine when these two “met” it was a simple run-in at the United Center while LaVar came to watch a game. But the idea of a stone-cold Arturas Karnisovas having to sit there and listen to LaVar rant about trading everyone for LaMelo and signing LiAngelo to a max contract is pretty funny. I recommend next time he walks over for a conversation, Karnisovas sends LaVar upstairs to meet with Special Advisor John Paxson. That seems like something in his job description, right?