The best records in the league:

In a game with no Javonte Green, no Coby White, and only 8 minutes of Alex Caruso, the Chicago Bulls took down the Brooklyn Nets on the road with a 111-107 victory. Yes. That just happened.

It was a game where the undersized and undermanned Bulls, unsurprisingly, looked like the lesser team from the jump. The first-place Nets gradually took control of the game as four of their starters worked their way into double-figures and a communal effort dominated the rebounding department, specifically on the offensive end. No one necessarily expected the Bulls to go away, but it was surely starting to feel like a night where they simply didn’t have enough to pull things out.

Then, just like they did the first time these two met, the 4th quarter Bulls showed up in electric fashion. DeMar DeRozan posted 13 of his 29 points in the final frame as he continued to make his case for “best closer in the game.” Meanwhile, Zach LaVine added 7 of his 31 points while Lonzo Ball hit the dagger 3-pointer with just 16.9 seconds to go. The Bulls outscored the Nets 32-25 in the final 12 minutes.

We could look closer at the numbers, but that isn’t what this win was about. Not even close. Instead, what this win showed is that even when the Bulls don’t play their best game on paper, they have the talent, chemistry, and motivation to take down one of the best team’s in the NBA.

In other words, it finalized that the Chicago Bulls have to be taken seriously as one of the best squads in the league moving forward. The best teams simply find a way to win, and the Bulls have now done that twice against a well-respected juggernaut in the Brooklyn Nets.

So … in other OTHER words … THE CHICAGO BULLS ARE SO DAMN BACK BABY LET’S FREAKIN’ GOOOOO!!!! 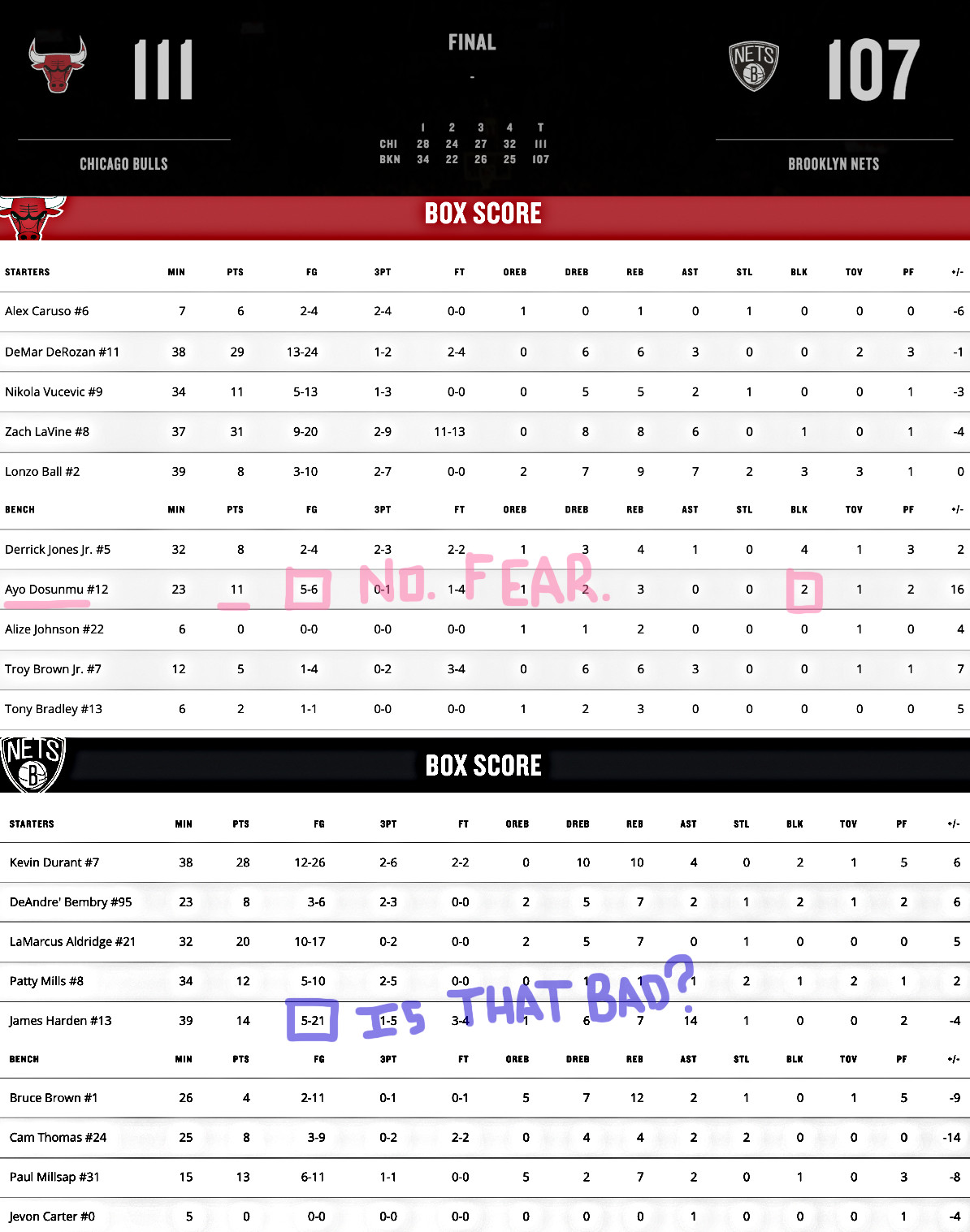