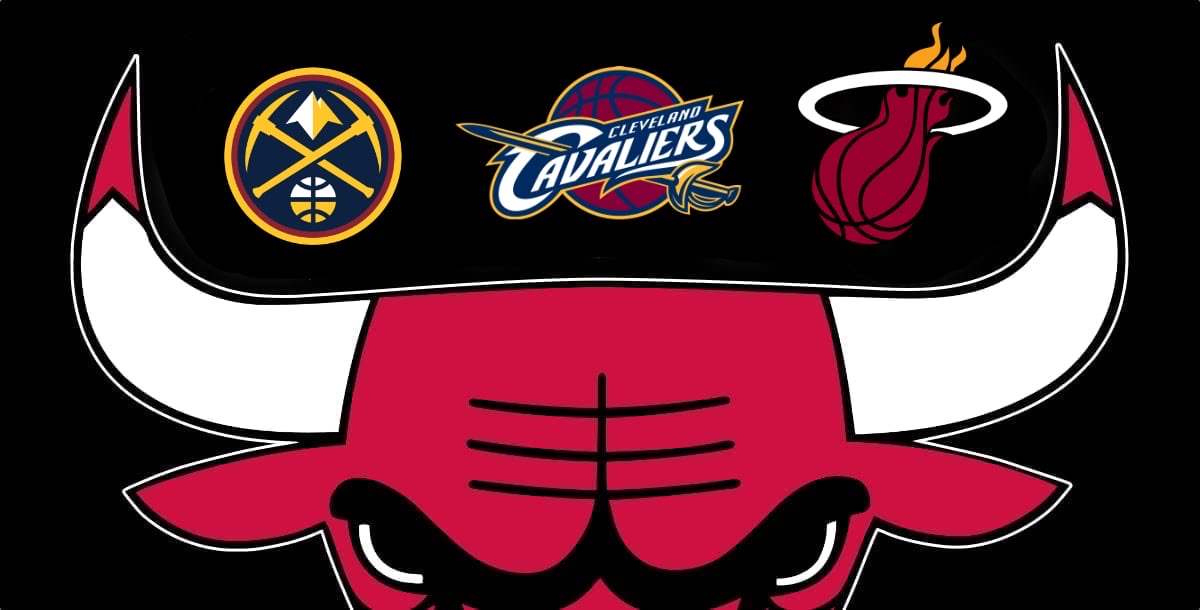 The Bulls enter this week riding a three-game winning streak after a clean sweep of the Hornets, Knicks, and Nets last week, good enough to put them just .5 game back of the top seed in the Eastern Conference.

Oh, and one big reason they find themselves in that position: DeMar DeRozan, who was named Eastern Conference Player of the Week!

DeMar DeRozan Is the Eastern Conference Player of the Weekhttps://t.co/DTqY2BvKGX

Bulls: No Coby White. No Javonte Green. No Alex Caruso. No problem. The Bulls went into New York without White and Green and then lost Caruso just minutes into the contest, and still came out with a 111-107 victory over the Brooklyn Nets in a battle of the top two teams in the Eastern Conference standings. The win over the Nets capped a perfect week for the Bulls, who went 3-0 with victories over LaMelo Ball and the Charlotte Hornets and the New York Knicks, as well. The Bulls have only lost once (Miami) since the massive flop that was the Thanksgiving Eve loss to the Houston Rockets in Houston. So, the opportunity to start a lengthy win streak is there for the taking this week against a banged-up Nuggets squad, lesser Cavs team, and struggling Heat lineup.

Nuggets: The Bulls topped the Denver Nuggets in their first meeting in Denver on November 19 thanks to 36 points by Zach LaVine, but the Denver Nuggets did not have Nikola Jokic in the lineup, and yet they still took the Bulls down to the wire. This time around, Denver is decimated by injuries and COVID-19 related absences. Michael Porter Jr., P.J. Dozier, and Jamal Murray are all out with long-term injuries, and Austin Rivers, Bones Hyland, and Bol Bol are in the NBA’s Health & Safety Protocols and will miss tonight’s game. In short, the Bulls will finally play a team that is playing more short-handed than they are. So, hopefully, they will be able to take advantage of Denver’s misfortunes under their own roof in tonight’s matchup.

Cavaliers: Evan Mobley has been excellent. The Cleveland Cavaliers have played much better than many thought they would this season, but there’s no way the Bulls can lose the Lauri Markkanen revenge game on Wednesday night in Cleveland. When looking at these two teams, one thing that jumps out at me is the Cavaliers’ 16.1 percent turnover rate, which ranks 29th in the NBA. The Bulls are a tough defensive team, and they play best when they’re getting out in transition on takeaways and turnovers, so the Cavaliers’ turnover rate plays right into their strengths.

Heat: Jimmy Butler was highly complimentary of the Bulls after the Heat topped the Bulls 107-104 on Saturday night in Chicago, and just two weeks later, we get to see round two between the Bulls and their old friend Jimmy Buckets. Butler has been dealing with a tailbone issue lately, but he’s likely to play against the Bulls, especially with the Heat already missing Markieff Morris and Bam Adebayo.

By the way, I just got to say, seeing how funny Jimmy Butler still has me missing him a tiny bit. Once a Bull, always a Bull.

Jimmy Butler does not care 🤣😭 pic.twitter.com/tPkCWuZwWH

Last Week’s Question: A week full of playoff-level Eastern Conference opponents, do the Bulls look like the 5th seed in the conference?

The Bulls put together a clean sweep of the Hornets, Knicks, and Nets last week and open this week with the second-best record in the Eastern Conference, so I think it’s safe to say they’re playing far better than a No. 5 seed right now.

Plus, everything the Bulls have done this season has been with their depth tested. From Patrick Williams going down for the regular season to Nikola Vucevic missing time in the Health & Safety Protocols, Coby White rehabbing, and now Coby White in the protocols with Javonte Green. Oh, and Alex Caruso has been dealing with a hamstring issue! The Bulls have jumped over every obstacle and made a habit of beating top teams on their schedule. With that in mind, this team has a real shot at being a top three-to-four team in the Eastern Conference.

This Week’s Question: In the absence of Coby White, does Ayo Dosunmu continue to make a strong case for increased minutes off the bench?