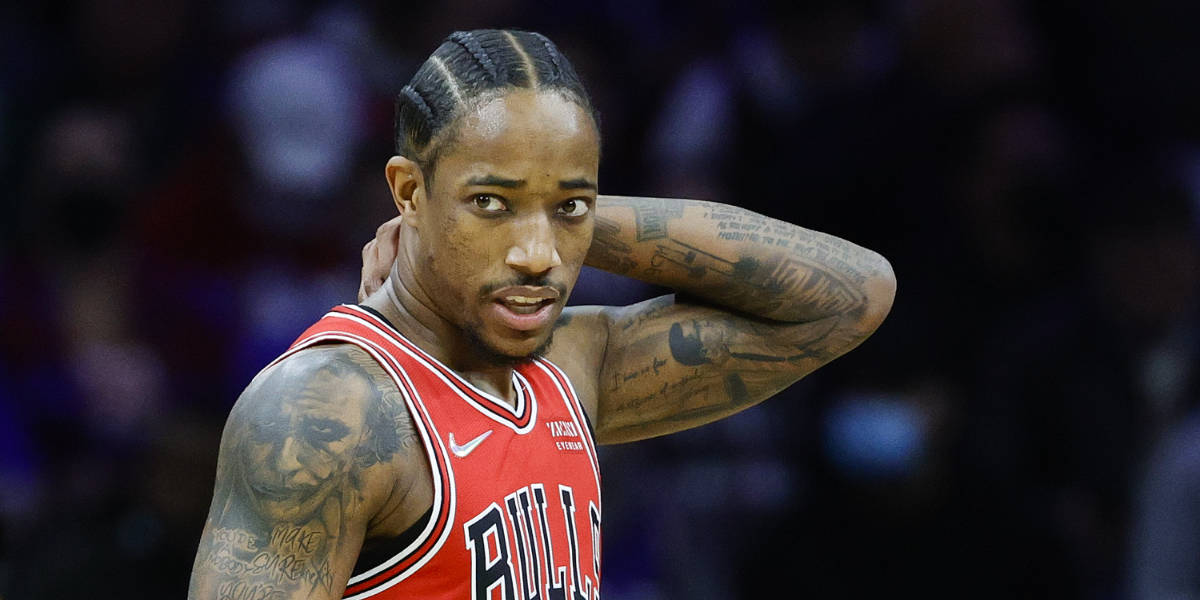 What an absolute bummer. Obviously, you hate to see anyone enter the NBA’s COVID Protocols for all the obvious health and safety concerns … but we’re also human, and I think we can admit it flat out stinks for the Bulls to lose DeMar DeRozan right now.

Shortly after winning Eastern Conference player of the month, news dropped that DeMar DeRozan has entered the NBA’s Health and Safety Protocols. DeRozan is now the third Bulls player to actively enter protocols, joining Coby White and Javonte Green, and the fourth player to do so this season (Nikola Vucevic).

Just as it was the expectation with Vucevic, White, and Green, we should proceed under the assumption that DeRozan will miss multiple games. However, I do think it’s worth a note that ESPN’s Adrian Wojnarowski characterized the timetable for DeRozan’s return as “unclear.” Perhaps this could mean DeRozan’s test came back inconclusive, which is something the Lakers LeBron James experienced recently and thus left protocols after only two days.

With that said, I don’t think anyone should go into this expecting DeRozan to be back by Wednesday night’s game against Cleveland. Remember, either way he at least needs two negative PCR tests in 24 hours. Plus, the Bulls are clearly going through several cases, and they played a Charlotte Hornets team last Monday that now has a total of FIVE players in protocols.

DeRozan is ruled out tonight vs. Denver, but it's unclear how much longer he will be out for the Bulls. DeRozan will need to show two consecutive negative PCR tests in 24 hours, or be isolated for at least 10 days. Team has now announced DeRozan's entry into protocols. https://t.co/Bds1QpdUPh

For the Bulls, there is no question this is a significant hit. DeRozan is the team’s leading scorer and has been the catalyst for this explosive 16-8 start. He is coming off a wicked three-game stretch where he averaged just over 30 points per game, and his execution down the stretch has been pivotal in the Bulls pulling off several important victories this season.

If DeRozan does have to miss a total of 10 days, here are the game he is scheduled to miss:

UPDATE: A sliver of hope that maybe it’ll be a shorter-term absence:

According to Billy Donovan, team doesn't know if DeMar DeRozan returned false positive yet or not.

FWIW: LeBron tweeted this before finding out he returned a false positive. Is that the case for DeMar? Hard to say, especially with other member of the team testing positive recently.

Only time will tell. pic.twitter.com/hH8xLpZqte