It took all but 3 minutes for me to miss DeMar DeRozan tonight. When the Bulls’ leading scorer entered the NBA’s Health and Safety Protocols earlier today, the expectation should have been that it came with a learning curve. But, boy, was that learning curve steep in the first half.

Without his steady hand – as well as typical rotation faces like Alex Caruso, Javonte Green, and Coby White – the Bulls’ offense shot a dismal 36.4 percent from the field in the first half. The chemistry was shot, as the ball movement dragged and the bricks piled up. Fortunately, the Bulls’ defense didn’t wither in the same way, holding the 17th-ranked offense in the league to an even worse 33.3 percent first-half field goal percentage. The Nuggets’ own poor shooting is what allowed the Bulls to walk into halftime only down 3, but it still felt like one of those games where the Bulls would simply stay at least one bucket behind.

Then, Zach LaVine shattered through my television screen, put some baby powder on his right hand, and slapped me across the face with a much force as he throws down a 360 dunk. The moment I started to doubt the Bulls, which I thought to be pretty reasonable considering all the names on the injury report, they instantly proved me wrong.

LaVine posted 12 points out of the locker room to lead the Bulls to a 31-22 advantage in the 3rd quarter. The momentum refused to leave their side as the 4th quarter was filled with highlight dunks, picked-pockets, and too many smiling faces to count. When the final buzzer sounded and the Bulls had a scrub lineup on the floor with a 109-97 victory, I was still holding an icepack to my red face in awe. The full game highlights are here.

Folks, there is no denying it right now, the Chicago Bulls are one of the best teams in the NBA. What a story.

Earlier today I briefly wrote about how some of the latest power rankings listed the Bulls as the NBA’s 4th-best team. Despite missing a player who is 4th in the NBA in scoring and one who is first in the NBA in steals, among two other key reserves, the Bulls still looked exactly like that caliber team tonight. With that in mind, I don’t even know what the ceiling is for this squad anymore. The Bulls are damn good, and I’m just ready to see where that takes us. 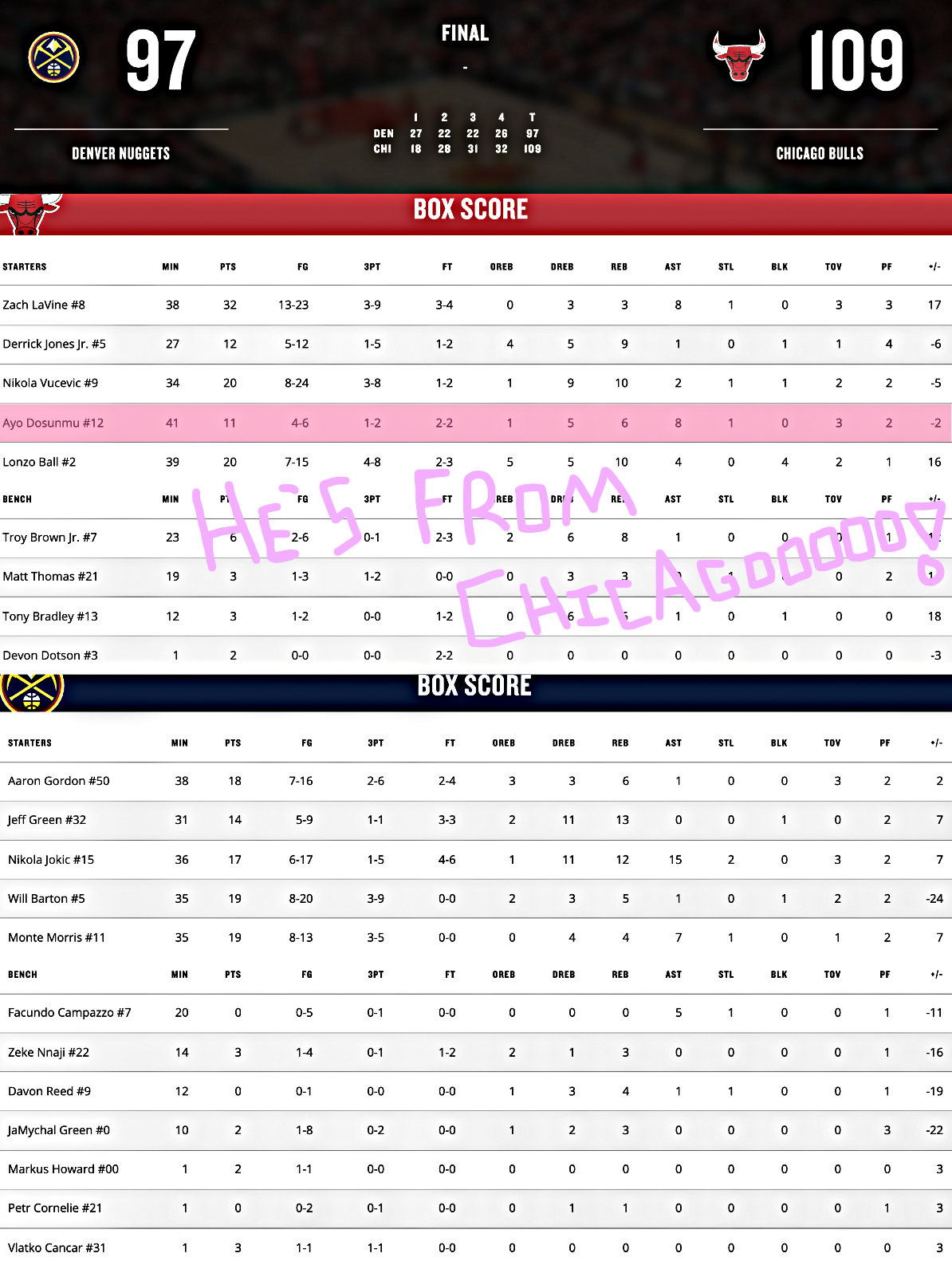