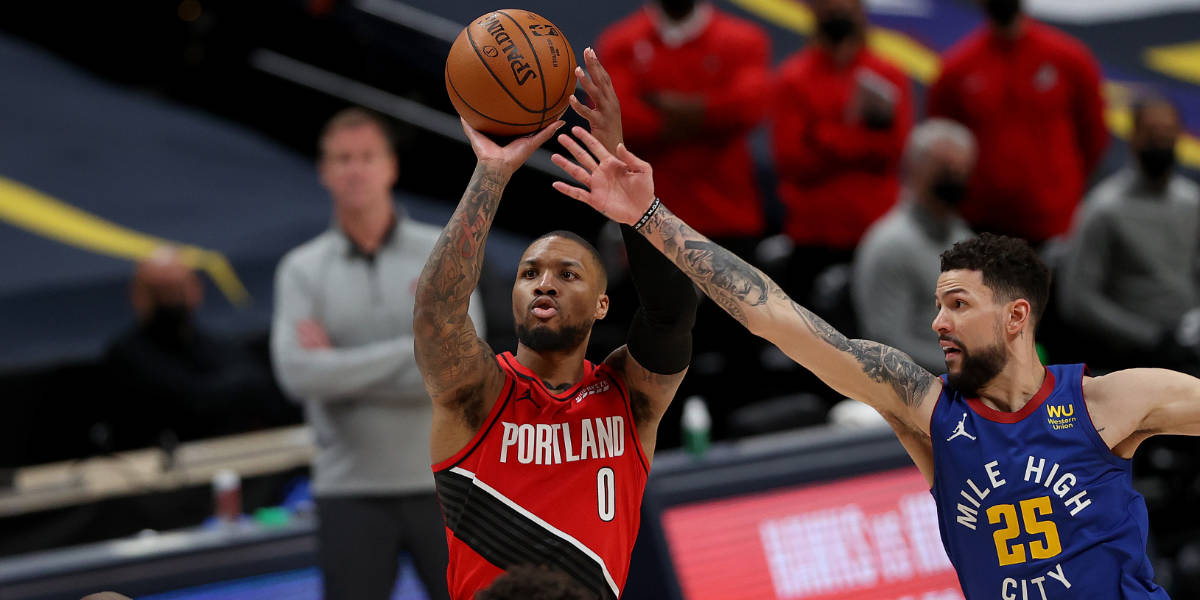 After years of dealing with GarPax, it sure feels nice to have a high-functioning and successful front office running the show in Chicago these days. But our wounds are barely healed, so I can definitely empathize with Portland fans, who are going through some familiar times in Rip City.

•   The Portland Trail Blazers are a hot mess right now. At 11-14, Portland isn’t dead in the water when it comes to the playoff discussion, but with CJ McCollum’s future uncertain as he deals with a collapsed right lung and the front office in flux, Portland is not in an envious spot at all.

The most complicating factor in Portland’s GM search: Damian Lillard’s desire to be extended and become the NBA’s highest-paid player in his mid-30’s.
On ESPN+: https://t.co/HOQADHdXEi

•   There’s also the question of who will hire the next GM. Adrian Wojnarowski’s sources tell him that the Blazers are considering hiring an outside firm to assist in the search. The alternative would be allowing Bert Kolde, the longtime ownership executive, to conduct the search. Kolde has hired general managers before, but the Blazers are in a weird spot all-around right now. Continue to be stuck in the sixth-seed purgatory, or hit the reset button and blow it up. That’ll be a question that any potential GM hire will have. According to Wojnarowski, another will be whether or not the owner Jody Allen’s plans to keep or sell the team.

•   Could Ben Simmons, one of the NBA’s best defenders, help the Blazers’ league-worst defense? Sure, but at what cost?

Damian Lillard would like to play with Ben Simmons in Portland, per @ShamsCharania and @sam_amick

•   According to Michael Kaskey-Blomain of CBS Sports, that’s probably not going to happen unless the return starts with Damian Lillard, not CJ McCollum, who has been floated as a potential centerpiece in a deal that would bring Simmons to Portland.

#Sixers not interested in a Ben Simmons for CJ McCollum swap with #Blazershttps://t.co/CsligNcg0v

•   So, you can forget about the idea of Ben Simmons playing alongside Damian Lillard in Portland. With that idea dead, there’s no way I would personally want to give Lillard $107 million on a two-year extension that’s still years down the road from today. It’s probably time for the Portland ownership group to come to terms with blowing it up and allowing whoever they hire as their next GM the autonomy to explore trades for anyone and everyone on the roster, including Damian Lillard.

•   In a league memo obtained by Adrian Wojnarowski on Tuesday, any unvaccinated NBA player with temporary visa status who leaves the country will be unable to reenter the United States.

Any unvaccinated NBA player with temporary visa status who leaves the country will be unable to re-enter the United States, according to a memo obtained by @wojespn. https://t.co/4G2W2vfW2C

•   From Wojnarowski’s story: “a player who is not vaccinated against COVID-19 would be unable to reenter the United States after playing in Canada. The same applies if an unvaccinated player travels outside the United States during NBA All-Star Weekend.” Woj continued to explain that “the NBA informed teams on Tuesday that unvaccinated players will no longer be allowed to travel to Toronto to play games beginning Jan. 15, according to the memo. Teams are instructed to distribute the memo to all players by Friday.”

•   The Canadian wrinkle in this is due to a new law in Canada that mandates that all visitors entering that country must be vaccinated. Anyone who meets the criteria for limited exceptions would be allowed entry into Canada but would have to quarantine there for 14 days. COVID is still a massive issue in the NBA (and beyond). The Chicago Bulls are currently dealing with an outbreak that has placed four players in the Health & Safety Protocols, including DeMar DeRozan. Like the Nuggets earlier this week, the Bulls have been granted a roster exemption to sign an additional player to accommodate the depth lost to the players in the protocols.

•   Add Ja Morant to the list of players in the NBA’s Health & Safety Protocols:

Ja Morant is fully vaccinated and has had his booster shot, source tells ESPN. https://t.co/p1fz4H1RKm

•   The Atlanta Hawks have lost big man Solomon Hill for the remainder of the season with a hamstring tear. Hill is just the latest injury in a rash of them that the Hawks are dealing with. Cam Reddish (wrist, non-covid illness), Bogdan Bogdanovic (right ankle sprain), De’Andre Hunter (right wrist tendon surgery), and Onyeka Okongwu (right shoulder injury recovery) are all out of action. Atlanta is 13-12 and tied with the Cleveland Cavaliers for the eighth seed in the Eastern Conference entering play today.

Atlanta Hawks F Solomon Hill is out for the season with a hamstring tear, team says.

•   The poster machine was working overtime in Los Angeles last night. First, it was Robert Williams III over Anthony Davis:

•   Then, it was Russell Westbrook returning the favor:

The BIG jam gives him 15 PTS for the quarter as the @Lakers lead on TNT! pic.twitter.com/CrtU9Xst4P

•   On a lighter but all too true note, I also have an issue with this as a husband with a wife who is a big sports fan. The women’s lines are ALWAYS GARBAGE!

•   Lastly, Steph Curry is on the verge of making NBA history:

SC30 is closing in on NBA history. pic.twitter.com/19FHQkfzMf