Derrick Jones Jr. is the FIFTH Bull to Enter the NBA's Health and Safety Protocols Skip to content 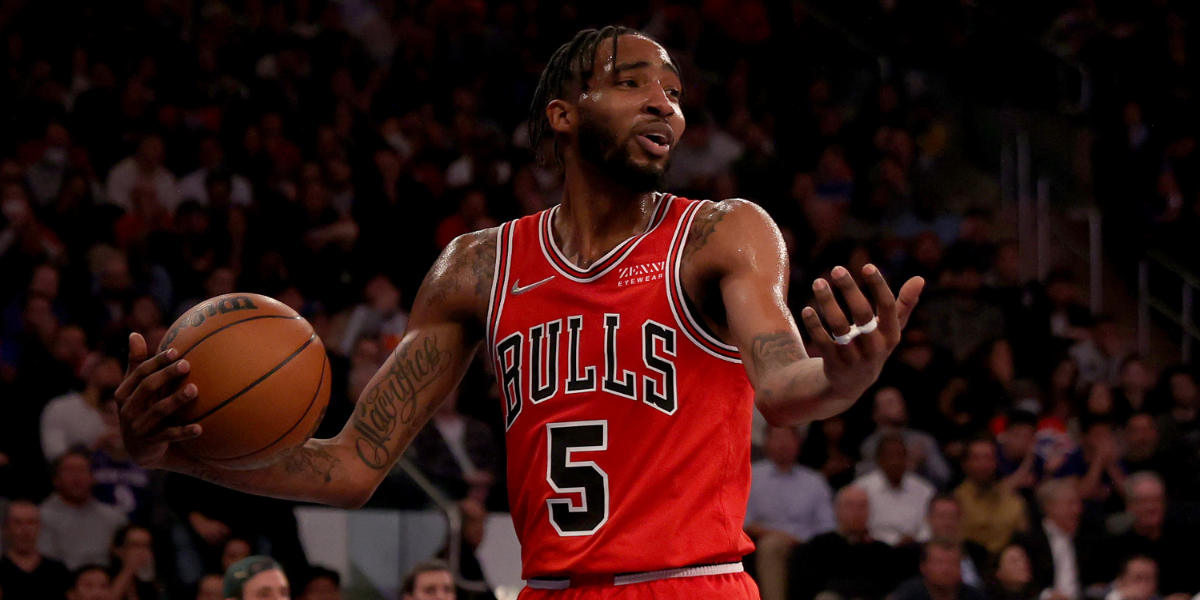 Things keep getting worse for the Chicago Bulls.

Bulls PR confirms that Derrick Jones Jr. has landed in league’s health and safety protocols, which @wojespn had 1st.

Bulls have 5 players in protocols and Patrick Williams definitely out and Alex Caruso maybe out. Face Heat Saturday.

Add in the extended absence of Patrick Williams and the current hamstring injury for Alex Caruso, and the Chicago Bulls are in line to be down SEVEN players for Saturday’s matchup against the Miami Heat. Six of those players are viewed as rotation staples.

I have no clue what the Bulls starting lineup is about to look like. Will they have to run with four guards? Will Alize start at the four? Will Stanley – who is on a 10-day contract – immediately join the starters? As for the second unit, who will lose another member to the starting group, we might as well all expect a similar performance to what we saw last night against Miami, where the group failed to contribute a single point until two minutes into the 4th quarter.

Now, the good news is the Bulls might finally start to trend in the right direction over the next few days. NBC Sports Chicago’s Rob Schaefer reported on Wednesday that there is a world where Caruso is given the green light to return ahead of Saturday’s game. Coby White, who tested positive on December 1st, should also be in line to rejoin the team by Monday. The sparkplug scorer will still have to pass cardio testing – as will all returning players – but there is a chance he and a few other Bulls are back on the floor for action next week.

Here’s Alex Caruso getting some shots up before Bulls-Cavs. Billy Donovan said Caruso is “doing well” and team plans to ramp up his sprinting/cutting over next two days. Had been a Monday re-eval date, but Donovan added he’d know about Caruso’s avail vs. MIA “closer to game” pic.twitter.com/f9OJn5xgQY

No matter how we look at this, though, the Bulls are in an incredibly vulnerable place. Good thing they stacked those early wins because staying on the right side of the scoreboard over the next few games could be a challenge.