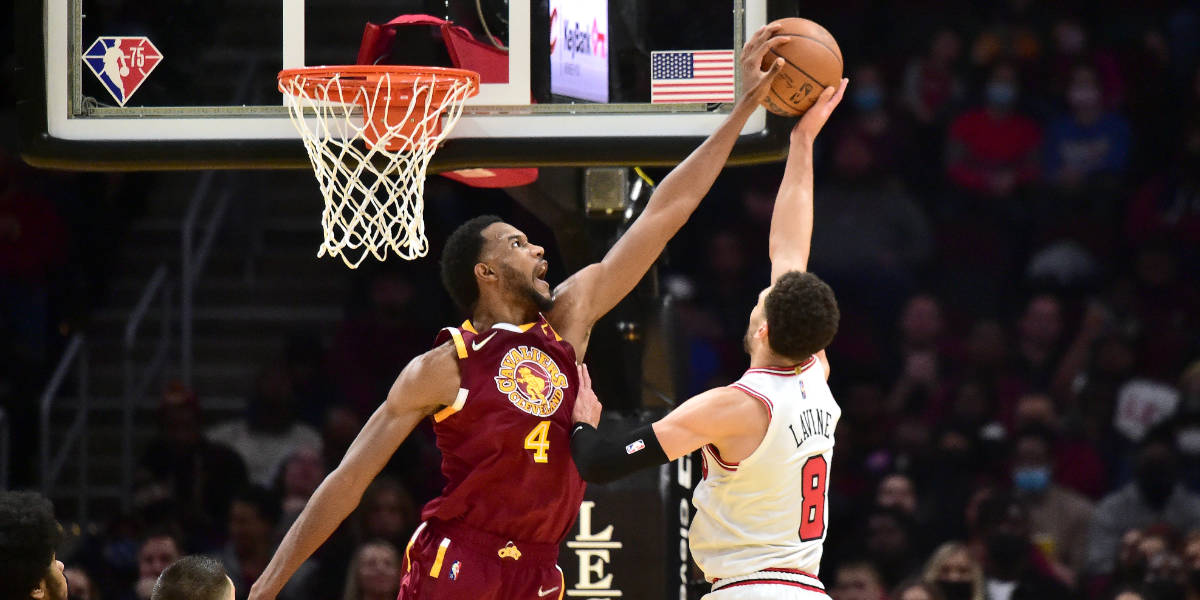 While a 115-92 Bulls loss to the Cleveland Cavaliers used to be cause for concern, it’s nothing short of understandable considering the current circumstances.

When six rotation players are either stuck on the couch or stuck on the bench, games like this are bound to happen. But the Bulls still had Zach LaVine and Nikola Vucevic! AHHH!!! Sure, these two All-Star-caliber players can keep the Bulls afloat on some nights, as they did against the Denver Nuggets, but asking them to do it surrounded by back-of-bench pieces will only come with varying success.

•   To be clear, that isn’t to say the Bulls bench is necessarily weak. The team has several individual players who can fill needed roles alongside Chicago’s core group. However, that’s exactly the problem, the Bulls core group is currently non-existent. With no DeMar DeRozan, Javonte Green, Coby White, Alex Caruso, Patrick Williams, or Matt Thomas, the Bulls are painfully limited across the board. Ayo Dosunmu and Derrick Jones Jr. moving into the starting lineup has forced Billy Donovan into quite the second unit scramble. Last night, the head coach ran a lineup of Ball-Dotson-Brown-Johnson-Bradley, something he was practically forced to do to give LaVine and Vucevic a breather. This five-man group is made up of FOUR players who have primarily been out of the Bulls rotation this season. Those four players also failed to score until Bradley gave Chicago its first bench points two minutes into the 4th quarter.

•   Think of it like a decked-out charcuterie board. The assorted cheese is the staple and it’s surrounded by some complimentary crackers. Then, off to the side, you got some apricot jam spread and a bowl full of olives. Rather than creating the elegant bite of cheese, spread, and cracker, the Bulls have been forced to shove a handful of olives into their mouth. Hey, nothing against one olive or maybe two, but ALL olives!? That’s … uh … salty.

•   Zach LaVine seemed to have the right perspective after last night’s game. Notably bummed by the outcome, he couldn’t help but play the balancing act between true disappointment and recognizing the cards this team has unexpectedly been dealt.

•   We can’t chalk all shortcomings up to a depleted roster, though. The fact of the matter is the oversized Cavaliers pose quite the mismatch for this small-ball Bulls team. While a fully healthy group would have helped Chicago better space the floor, they still would have likely had a hard to establishing their normal presence in the paint. The frontcourt combo of Jarrett Allen and Evan Mobley can swallow drives to the rim and force players into off-balance looks. They also helped the Cavs take care of business on the glass, combining for 21 rebounds and guiding the Cavs to a 37-26 defensive rebounding advantage. Fortunately, Chicago isn’t going to face many teams THIS big, but last night was another reminder of how undersized this group plays.

•   I am not looking forward to dealing with Mobley four times a year for the foreseeable future. The No. 3-overall pick has easily been one of the best rookies this season, and the defensive instinct he possesses at just 20 years old is truly special. Not to mention, the work he can do off the dribble as a driver from the perimeter is pretty remarkable for a guy his size. I don’t want to spend too much time hyping up the enemy, but I believe he could be only a couple of years away from being a perennial All-Star. Comparisons to Chris Bosh flooded in during the pre-draft process, and it’s impossible not to see the similarities.

Are you kidding me with that defense?!? LaVine is one of elite scorers in the league and it was nothing for Mobley. Also, this offensive move from him was crazy too. Name another big that can catch, take a dribble and drop a floater like he's a guard? pic.twitter.com/LmUXq9DV7f

•   Remember when the Bulls lost to the Rockets before Thanksgiving and it made us all rip our hair out (taking family photos with a bald spot was not fun)? Well, the Rockets have not lost since that night and now have victories over the Hornets and Nets to show for. So while I’m not necessarily claiming that to be an acceptable loss – it wasn’t – we can all at least take some solace in knowing they are one of the hotter teams in the league.

Rockets are first team in NBA history to have a 15-game losing streak and seven-game win streak in the same season, per @EliasSports 🤯

•   Amazing honor for the Bulls rookie.

The Fighting Illini Are Putting Ayo Dosunmu’s Jersey in the Raftershttps://t.co/ChfdQ46X2Z

•   I still can’t believe this happened.