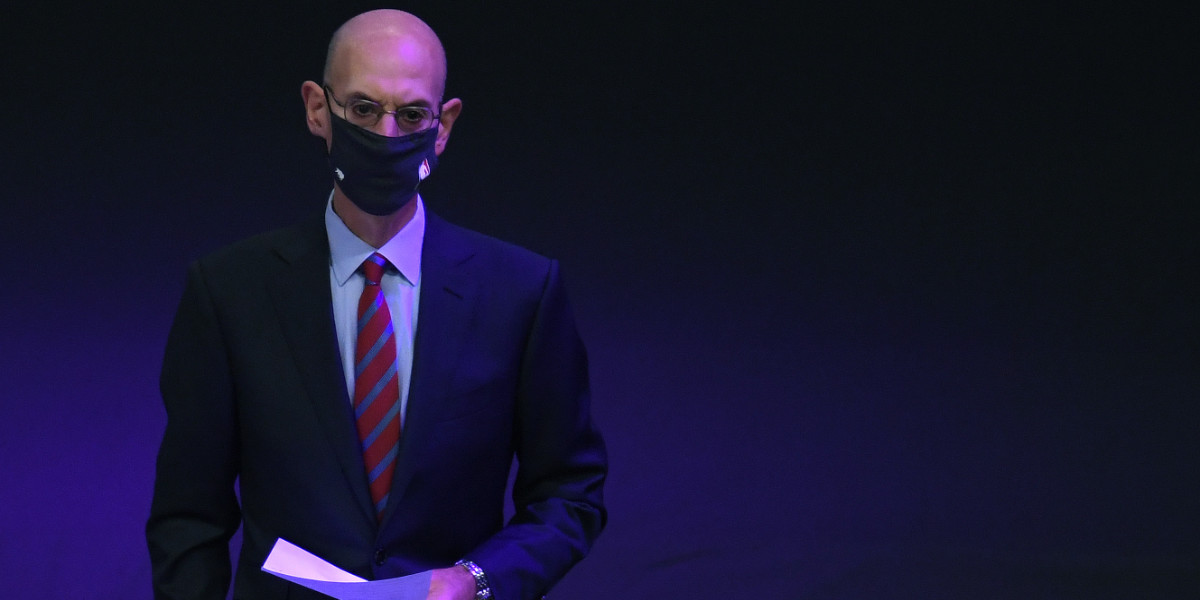 In case you missed it – FINALLY – the NBA took mercy on the Chicago Bulls, officially postponing their upcoming games against the Pistons and the Raptors.

•   So, as of now, the Bulls are scheduled to return on December 19th against the Los Angeles Lakers. Considering that is still only six days away, we should not expect to see a fully healthy Bulls team by the end of the week, but the break will still give the franchise some much-needed time to get back some much-needed talent. Coby White and Javonte Green are both the closest to making their return. White, who entered protocols on December 1st has already been taken out of quarantine and allowed in the gym for further cardiovascular testing. Meanwhile, Green tested positive on December 3rd and should be able to start working on his conditioning tomorrow. As for the rest of the Bulls crew, these are the dates they should be allowed to re-enter the team’s facilities:

•   To be clear, this expected return date (which is 10 full days after the players tested positive) does not mean the player will see action in the next closest game. We have to remember these players are missing 10 full days of workouts and conditioning. Coming right from a week-plus on the couch in joggers to boxing out LeBron James could prove to be as unhealthy as it is difficult. The training staff needs to make sure each player can get back up to game speed, and that’s exactly why we saw Nikola Vucevic sit out his first game out of protocols before playing on a minutes restriction once he did rejoin the starting lineup.

•   This is why it was so important for the NBA to finally postpone the Bulls’ next few games. Professional athletes are creatures of habit. Removing workouts and conditioning practices for a week-plus will send you into a real funk, and it would have been incredibly unfair to put the organization in a position where they felt like they needed to rush to get Green and White back in the rotation.

•   Also, this potentially “rushed return” is one of the many risks that would have come with the NBA not postponing play. Some of those risks are more obvious: Spreading the virus to even more people within the Bulls organization or to other teams. Some of those risks are less obvious: More high minute totals for Lonzo Ball and Nikola Vucevic and thus more strain on their bodies (Ball has averaged 40mins the past four games). Regardless of the exact reason, though, there is enough risk that would have come with keeping the Bulls operating that the NBA would have done multiple parties a disservice by not stepping in. Pausing the Bulls season briefly was the only right answer.

•   Reminder: The team is 100 percent vaccinated. Nikola Vucevic said the other day that a handful of the players have also already received a booster. Remember, the vaccine doesn’t completely eliminate your chance of testing positive, but it does greatly reduce the toll the virus has on your body, which could be a big reason why the majority of players have experienced no symptoms. Still, the NBA’s goal should be to stop the spread altogether and put zero people at risk of experiencing adverse effects or missing time. The Bulls have done their part to try to make that happen, and the NBA has now done their part.

•   The NBA’s goal should also be to have a strong product. As more and more players entered protocols for the 3rd-place resurgent Bulls, not only did their immediate on-court product get worse, but so did the potential future product. Had they not postponed a game or two, the NBA would have been jeopardizing the competitive legitimacy of the NBA standings. Yes, every team must deal with injuries and bumps in the road, but 10 bumps all at once? BRUH. These postponements have given the team a chance to regain some health and compete closer to what we know they are capable of. Forcing them to play this undermanned would have practically forced L’s onto the board … and it only takes a couple L’s to change the trajectory of the NBA playoffs.

•   Maybe the NBA saw this tweet and decided to finally do something.

The Bulls are missing eight of their top 11 scorers when you include injured forward Patrick Williams.

All told, the Bulls are missing 87.8 points per game from their lineup.

Hey @DetroitPistons How about a game of 3×3? https://t.co/OaJp4UTYjR

•   A good point from Cody. Waiting too long to dump the game could have been a problem for fans.

Beyond the fact the #Bulls can't stop the spread and the concern that brings, it would be really dumb to make Pistons/fans/everyone prepare come to arena Tuesday and then possibly bang the game because Bulls drop below 8 players a couple hours before tip-off. https://t.co/kWZ8VZRdub

Allen Robinson’s Blocking Is Going Viral For All The Wrong Reasonshttps://t.co/AxhZoD2rHt pic.twitter.com/rT8Rfit7c1

•   Another opportunity for the 24-year-old to prove himself.

Now Dylan Strome Finds Himself on the Blackhawks’ Top Linehttps://t.co/BgrgsDN9I7