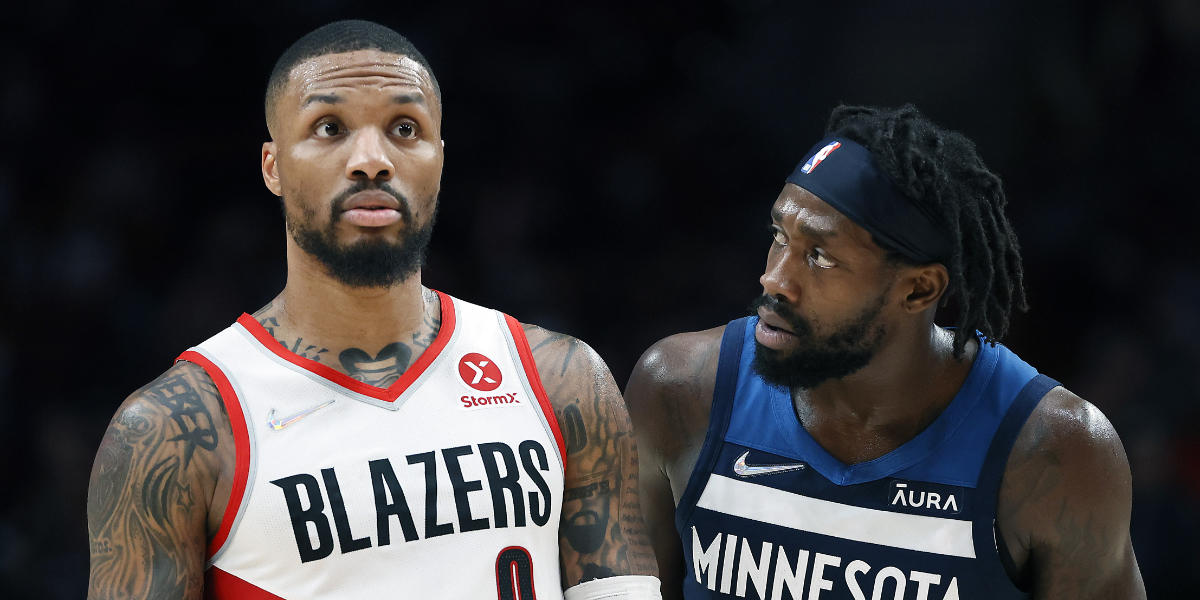 With two fewer Chicago Bulls games on the schedule this week, we might as well turn our attention to the Portland Trail Blazers.

While the organization is comfortably seated in the other conference, Bulls fans should have a vested interest in the success of Damian Lillard and Co. this season. Chicago and Portland made a pretty big business deal this offseason alongside the Cleveland Cavaliers. The three-team trade saw Arturas Karnisovas send once-prized lottery pick Lauri Markkanen to the Cavaliers, who then sent Larry Nance Jr. to the Trail Blazers. In exchange, the Bulls received Derrick Jones Jr., a Cavaliers second-rounder (which will be handed to the NBA if conveyed, and a protected first-round pick from the Trail Blazers.

Jones has proven to be a strong addition to the Bulls roster, clocking minutes as an important versatile frontcourt piece. However, the first-rounder the Bulls added to their back pocket is arguably the highlight of this late-August trade. Reports surfaced that Chicago would not move on from Markkanen unless a first-round pick was involved, and this hard-headedness was understandable. After all, the front office already traded a number of firsts to build out the revamped roster, and the concern of losing another first due to the Lonzo Ball tampering investigation was only growing.

As the weeks ticked by and Markkanen remained on the roster, it was easy to question whether the Bulls asking price would have to drop. But, thankfully, Cleveland and Portland swooped in to put those questions to bed, and Chicago now has two 2022 first-round picks headed their way. Well, that is, if Portland can hold up its end of the deal.

The pick Chicago traded for is lottery-protected. In other words, if the Trail Blazers end up as one of the NBA’s worst 14 teams, the Bulls will have no extra value on draft night. The pick is also protected until 2028, which means if it doesn’t convey this season, the Bulls will have a chance to get that extra first all the way until the 2028 draft. If the Trail Blazers still have not made it out of the bottom-14 by then, the pick will turn into a less-tasty second-rounder.

Fortunately, the chances of the Trail Blazers being that bad for that long feels slim, but it’s technically not something we can rule out. We also don’t necessarily want the Bulls to be in a position where this pick doesn’t have a lot of value. Whether it be adding talent directly in the draft or using the pick itself as a trade chip, Karnisovas has more power in his pocket when the Trail Blazers are winning games. And, as of right now, the words “winning” and “Portland” have yet to hit it off.

The Trail Blazers sit 11-16 in the Western Conference, which places them just outside the play-in tournament as the 11th seed. Yes, there is plenty of time for the competitive tide to turn, but it sure doesn’t help to know the franchise is toying with a complete overhaul. President and GM Neil Olshey were fired several weeks back, sparking a new search for a front office leader. With that has come even more speculation around Damian Lillard’s possible departure, as well as a number of other Trail Blazers.

Bulls fans know well what a new front office can do to an existing roster, so I don’t think anyone would be surprised to see the Trail Blazers blow things up in the near future. Pressing the rebuild button would likely strip Chicago of this future first for several more seasons, thus diminishing the immediate value of an asset Karnisovas can use to continue building a possible contender.

The good news for Chicago is that Portland does not appear ready to press self-destruct. ESPN recently reported that, while they are in the Ben Simmons sweepstakes, the organization has made it known to 76ers GM Daryl Morey that Lillard is off the table in any Simmons discussions. The team could still struggle to make the playoff regardless, but it does sound like the organization remains most interested in trying to maximize Lillard’s prime.

At the end of the day, a lot can still change with 55 games left on the calendar. But this brief stoppage of play for the Bulls serves as a good reminder that impactful storylines are everywhere in the NBA. What happens to the Trail Blazers this season could have a direct impact on how the Bulls continue to build this suddenly successful roster.