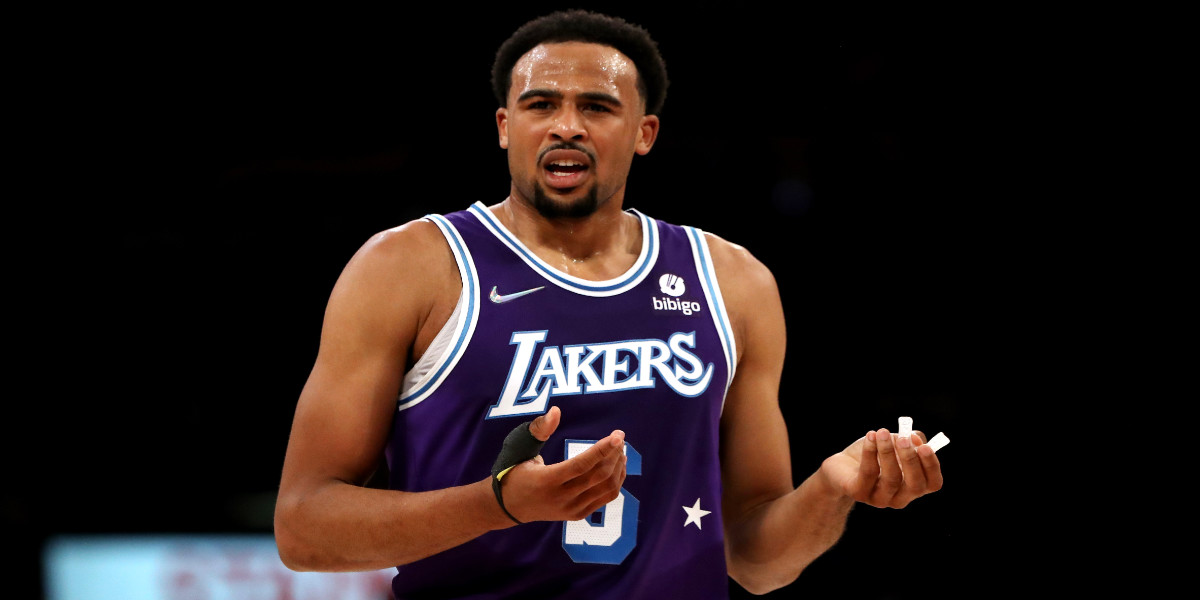 With Tuesday night and Thursday night’s games postponed due to a COVID outbreak that has seen 10 Bulls players enter the NBA’s Health and Safety Protocols, Chicago is not expected to play again until Sunday.

The extra time off should help the Bulls get back a few players before battling the Los Angeles Lakers this weekend. However, as Chicago hopes to trend in the right direction over the next few days, Los Angeles is hoping they don’t do the opposite. According to the LA Times’ Dan Woike, the Los Angeles Lakers canceled practice today due to someone entering health and safety protocols. ESPN’s Dave McMenamin then reported that someone was third-year guard Talen Horton-Tucker.

The Lakers have cancelled practice today, and a team spokesperson confirms that it’s related to the league’s health and safety protocols. More details to come.

The player is Talen Horton-Tucker, the Lakers announced. https://t.co/ypBUXn9lsb

The Lakers will now reportedly test twice before heading to Dallas for their matchup tomorrow night against the Mavericks. The organization surely has its fingers crossed that this is an isolated incident for their 15-13 squad, but Bulls fans know the domino effect one positive test can have. With that being the case, we will have to keep our eye out for any other possible absences for Sunday’s game at the United Center.

Losing Horton-Tucker is already a considerable blow. After missing the first 13 games of the season, Horton-Tucker has appeared in 15 games, starting 12, and averaging 28.8 minutes per game. It was said that part of the reason the Lakers let Caruso walk was to ink the young guard to a fresh three-year, $32 million deal. So, I got to say, I’m quite bummed we will not be able to see Caruso have a couple of vengeful steals on the 21-year-old this week.