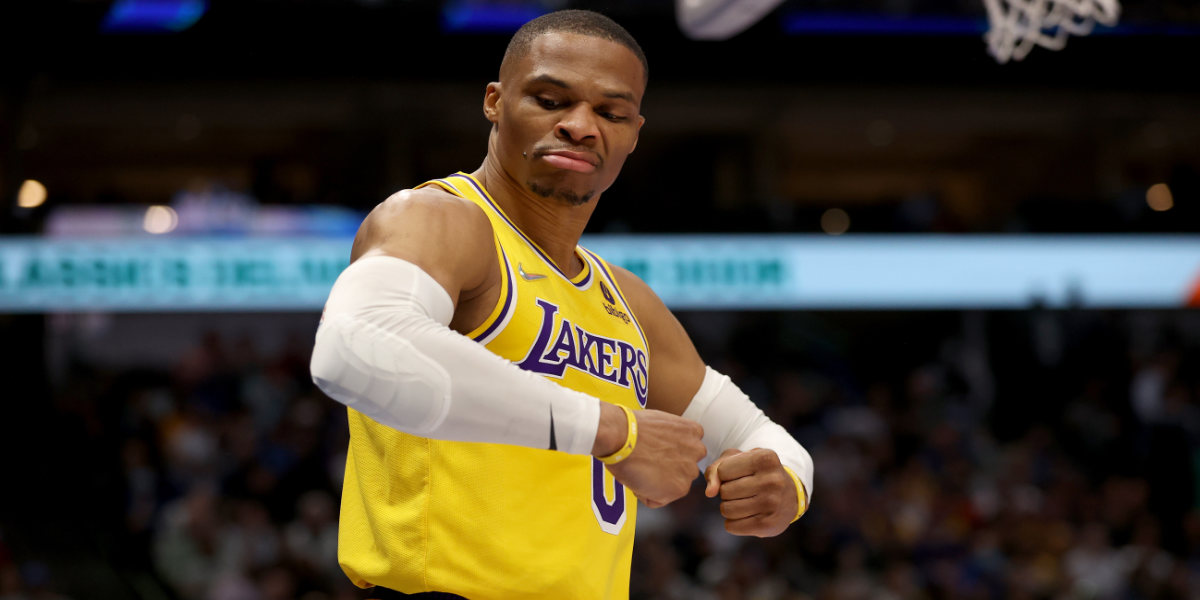 About 24 hours after news dropped that Russell Westbrook would enter the NBA’s Health and Safety Protocols, the Lakers lead guard will rejoin the team. In fact, Westbrook has reportedly been named available for tonight’s game, meaning he will not miss a single game due to this brief stint in protocols.

Russell Westbrook (health and safety protocols) has been upgraded to available for tonight’s game in Minnesota, per the Lakers.

Russell Westbrook is available to play tonight in Lakers-Timberwolves.

The news suggests Westbrook either had an inconclusive or false-positive test earlier this week, which makes him the third Laker to exit protocols early this season. LeBron James spent two days in quarantine due to an inconclusive test. Meanwhile, Lakers guard Malik Monk entered protocols on Tuesday but officially tested out on Thursday evening.

Lakers guard Malik Monk has tested out of Covid protocols, sources tell @mcten and me. Prior testing led him into protocols on Wednesday. The Lakers play Minnesota on Friday night. Russell Westbrook, Avery Bradley, Dwight Howard and Talen Horton-Tucker remain in protocols.

Los Angeles still has Dwight Howard, Talen Horton-Tucker, and Avery Bradley away from the team due to positive tests. However, with Westbrook and Monk back, the Lakers become considerably stronger heading into their matchup at the United Center.

Fortunately, the Bulls have also gotten back a couple of key players this week, with Coby White, Javonte Green, and DeMar DeRozan officially exiting protocols, but whether or not all three can suit up for Sunday night’s contest is still up for debate. All returning Bulls players must show the training staff they are in strong enough shape to return to the rotation, which is something that may not be the easiest considering they each experienced a full 10-day quarantine.

For more on DeRozan’s situation …

DeMar DeRozan is Officially Out of NBA’s Health and Safety Protocolshttps://t.co/MsoPC91jQd