Wow: Kyrie Irving Is Reportedly Working on a Return to the Brooklyn Nets Skip to content 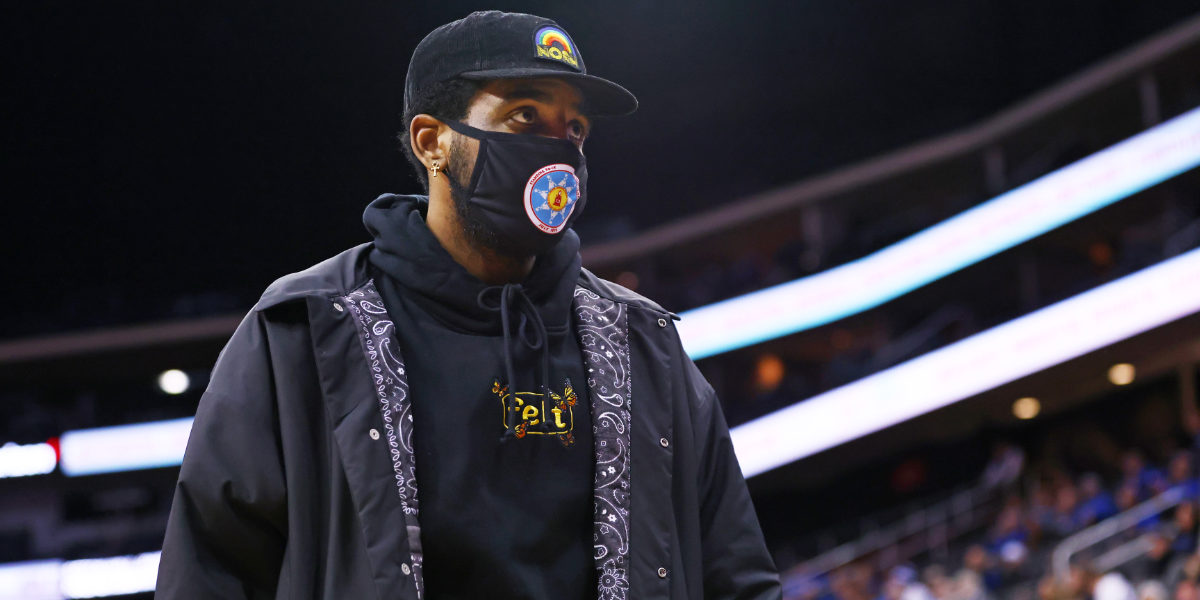 A little over two months after the Brooklyn Nets told Kyrie Irving he couldn’t be a part-time player, they have completely backed off. Caved would be another word for it.

Just in: All-NBA star Kyrie Irving has started process to return to the Brooklyn Nets, sources tell @TheAthletic @Stadium. Irving is ramping up, has begun team COVID-19 testing, and his season debut date is still to be determined.

According to multiple reports, Irving will rejoin the Nets to appear in only road games. New York’s vaccine mandate requires that players and staff members be vaccinated to play and practice in public venues, which includes the Barclay’s Center. Irving was technically eligible to practice with the team and play in cities with no mandate, but the Nets proclaimed they would not allow Irving to be around the team until he could be a full participant.

Here is what GM Sean Marks said in his October statement:

“Given the evolving nature of the situation and after thorough deliberation, we have decided Kyrie Irving will not play or practice with the team until he is eligible to be a full participant. Kyrie has made a personal choice, and we respect his individual right to choose. Currently the choice restricts his ability to be a full-time member of the team, and we will not permit any member of our team to participate with part-time availability. It is imperative that we continue to build chemistry as a team and remain true to our long-established values of togetherness and sacrifice …”

ESPN’s Adrian Wojnarowski reported the Nets change of heart is due to the team’s recent COVID losses and heavy minutes put on its current stars. He also added that Irving remains unwilling to receive the vaccine. The irony is … heavy.

So far, Irving has been unwilling satisfy New York City mandates and become vaccinated to play home games, but the turbulence of the ongoing NBA season has caused the organization to reconsider their preseason decision to fully sideline Irving, sources said. https://t.co/OdfJT6Kd26

If you ask me, this is a remarkably weak decision by the Nets. The organization made their intentions clear before the season, telling Irving that if he would not meet the same requirements the rest of his teammates did, he would have to sit out. By running backward, they have now largely justified Irving’s unwillingness to stand by his teammates, as well as his decision to put himself and others at risk.

Also … does anyone else find it interesting that the Bulls beat the Nets twice and then they call Irving? Scared much!?