Derrick Jones Jr. is Officially Out of Health and Safety Protocols Skip to content 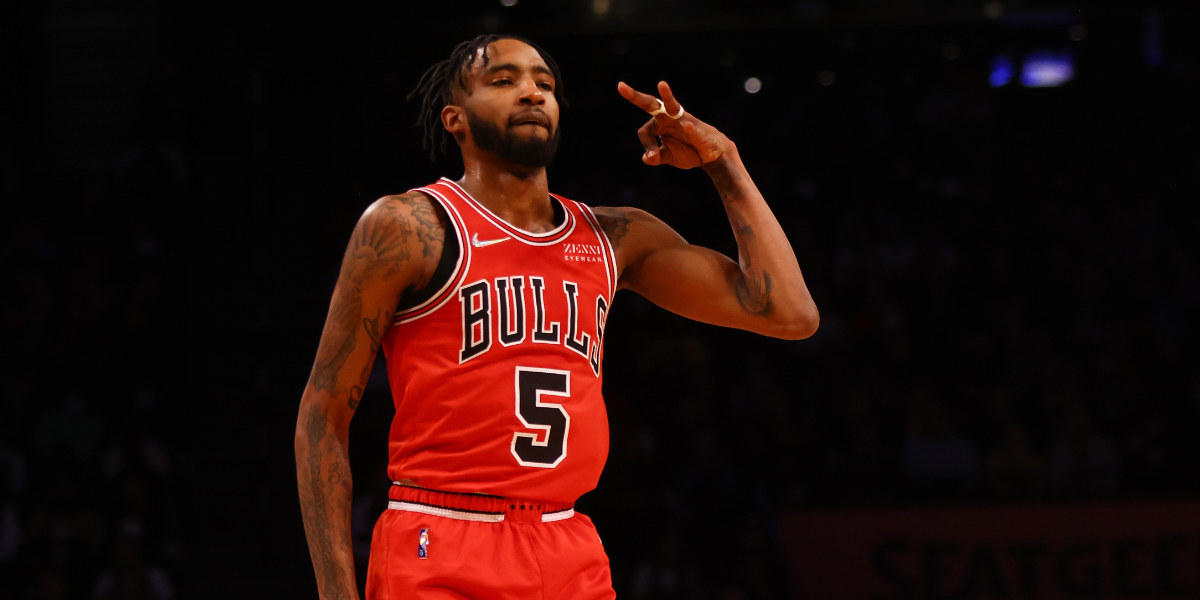 According to the NBA’s latest official injury report, Derrick Jones Jr. is out of the NBA’s Health and Safety Protocols.

Jones originally entered protocols on December 9th, and he is now listed as QUESTIONABLE heading into tonight’s matchup with the Lakers. The Bulls said he is going through “return to competition reconditioning,” which is something Coby White, Javonte Green, and DeMar DeRozan did earlier this week. Those three players have been given the full green light to play in tonight’s game.

Jones was seen putting shots up at the Advocate Center earlier this morning. Chicago was given more preparation time before tonight’s game with Los Angeles earlier this week after the NBA moved tip-off time from 2:30 p.m. to 7:00 p.m. CT. These extra couple of hours could be pivotal for the training staff and Jones as they try to ensure he is strong enough to play.

The Bulls are back to shoot around ahead of tonight’s game. Derrick Jones, Jr. is participating after clearing protocols and being listed as questionable to feature against the Lakers. pic.twitter.com/OFZVF6FbfP

Jones has become a staple in the Bulls rotation, even receiving two starts after Green entered protocols before him. His length and verticality in the frontcourt have allowed head coach Billy Donovan to run a successful small-ball lineup, and if he can return to the floor tonight, it would be another significant boost for this depleted Bulls team.