Zach LaVine, take it away:

Back from a stint in the NBA’s Health and Safety Protocols, the NBA’s 5th-leading scorer picked up right where he left off. DeMar DeRozan dropped 38 points on an 11-24 shooting performance from the field to lead Chicago to a 115-110 win over the Los Angeles Lakers. DeRozan scored 19 of those points in an anything-but-surprising clutch 4th quarter. His 16-17 performance from the free-throw line was by far a season-high, as he repeatedly pounded the paint to attack a heavily depleted Lakers defense.

Without Zach LaVine on the floor to help distract the opponent, it was a performance that put any questions about DeRozan’s early-season MVP candidacy to bed. He took complete control of the game against LeBron James, showing the Lakers exactly what they passed up when they decided to pursue Russell Westbrook instead of DeRozan this offseason.

MVP chants for DeRozan at the United Center pic.twitter.com/9oMk8QSAnM

And speaking of Laker’s free-agency mistakes, Alex Caruso had a B-grade revenge game. The former LA guard posted 17 points with 9 rebounds in a +8 performance. He kept his place in the starting lineup tonight, with four of the five players scoring at least 17 points.

The Bulls’ defense may have struggled to keep the Lakers from scoring efficiently, but their 20 forced turnovers did help them dominate in the points off turnover battle 29-5. Overall, it wasn’t the strongest performance from this re-energized Bulls team, but it also didn’t need to be to pull away from this inconsistent Lakers squad. DeRozan and Co. continued the trend of playing harder and smarter than their opponent despite a number of missing players, and I think it just goes to show how special this group has turned out to be. 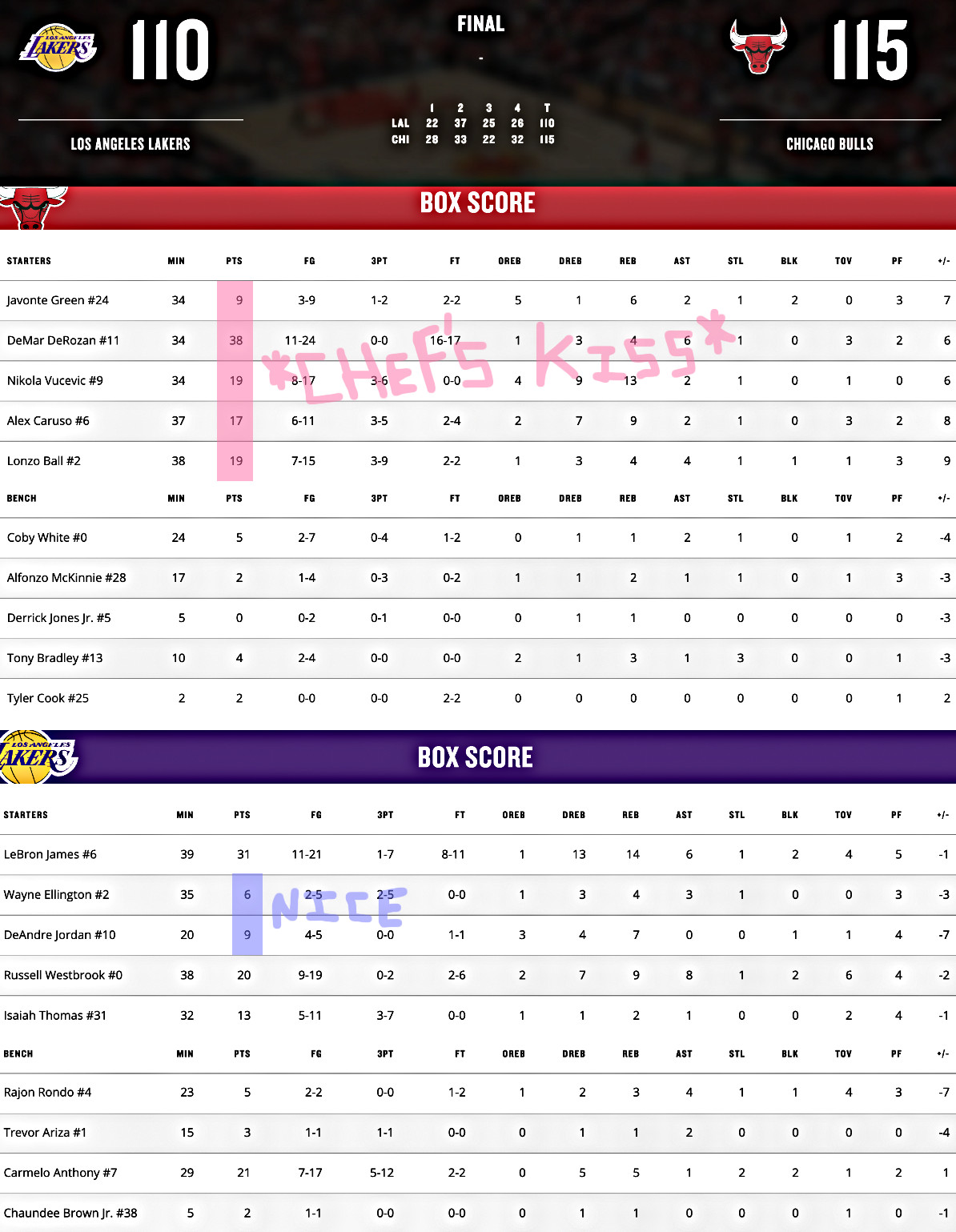