Yes, it surely helped that the Chicago Bulls were playing a 10-win Rockets team, but they still dominated in a way they arguably shouldn’t have tonight. Despite Zach LaVine on the sideline and a heavy reliance on back-of-bench talent like Tyler Cook, Devon Dotson, and Alfonzo McKinnie the Bulls recorded season-high after season-high on the offensive end in a dominant performance.

Their 73 points in the first half were by far their most of the season. A total of 133 points tied the season-high they recorded against the Hornets on November 29th. Coby White’s 24 points were his most of the year. Tyler Cook had a Bulls career-high with 11 points and a 7-8 performance from the free-throw line. Alfonzo McKinnie’s 16 points were his most since October 29th, 2018. And his four makes from downtown tied a career-high.

The energy and focus the Bulls brought from the opening tip was downright impressive for a team on the backend of a back-to-back. Tired legs were non-existent as the offense fell into a rapid rhythm against this 25th-ranked Rockets defense, and a big reason for that was the early play of Nikola Vucevic. The big man took advantage of some early mismatches, posting a fast 8 points in the first quarter. Then, fellow starters DeMar DeRozan and Lonzo Ball began to find their own groove, and the game was as good as gone for the Rockets.

In uncharacteristic fashion, Chicago’s bench ended up outscoring Houston’s 66-48. The play of Cook, Dotson, and McKinnie was impressive considering the circumstances, but it was Coby White who ended up leading the second unit with a performance that felt far more indicative of the White we’ve come to know. Let’s hope this performance can act as the boost he needs to break through this cold start to his third NBA season. 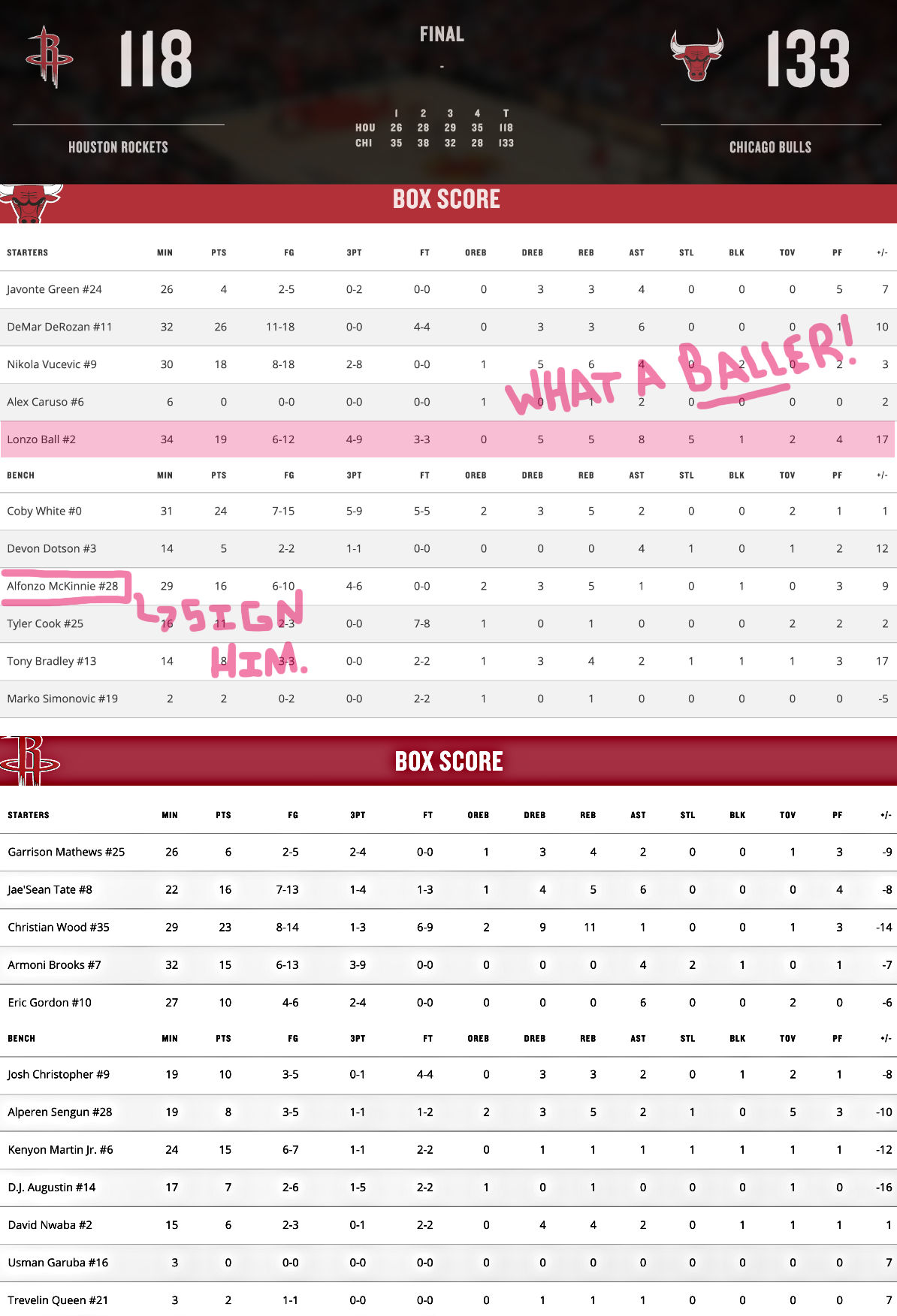