A Nice Not Naughty Schedule, a Resilient Roster, Vucevic's Impact, and Other Bulls Bullets Skip to content 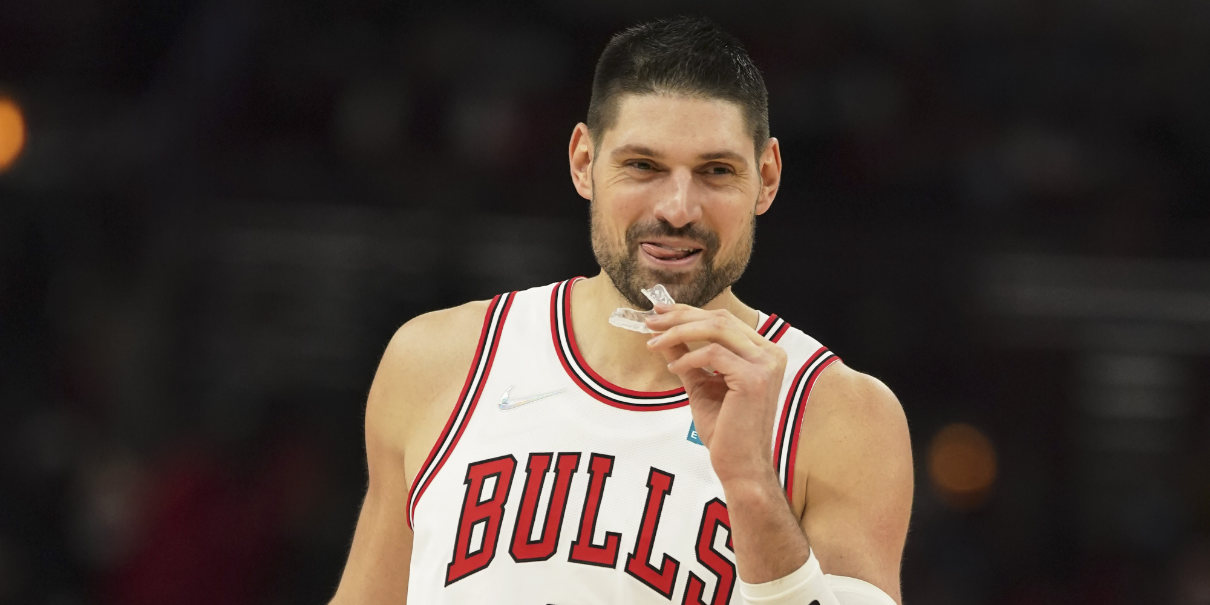 In case you missed the news last night, let me bum you out! Alex Caruso will be re-evaluated in 7-10 days after suffering a left foot injury against the Houston Rockets.

Unfortunately, the use of “re-evaluated” always leaves the door open for Caruso to miss even more time. But if the Bulls’ best defensive player can stick on the front end of this timeline, he would only be expected to miss the next three games. If he returns on the backend, we should expect him to sit for at least five games.

Alex Caruso to be Re-Evaluated in 7-10 Days After Suffering Foot Injuryhttps://t.co/YLiJF8y5Ty

•   The good news for Chicago is they have a relatively favorable stretch post-Christmas. Six of their next eight games will come against teams that are currently .500 or worse. Four of those matchups will be against the Indiana Pacers and Atlanta Hawks, teams that sit 11th and 13th in the conference, respectively. The Bulls will also play the Washington Wizards twice, marking the first time these two will meet this season. Chicago and Washington started the year similarly hot, but the team out East has plummeted in recent weeks, losing eight of their last 11 games.

•   The more I look at the Bulls’ early-season schedule in the wake of all these injuries and COVID problems, the more baffled I am the team sits 19-10 and 2nd in the Eastern Conference. Despite White’s positive test starting a full-blown outbreak back on December 1st, the Bulls have still managed to win five of seven games this month. In bullets this week, I chalked some of that up to head coach Billy Donovan and the work of AKME, but I want to make clear that the bulk of the credit still falls in the lap of each player. Every single guy on this roster has been asked to carry weight this season (well … perhaps everyone except Marko Simonovic … #ReleaseTheMarko).

•   At the end of the day, AKME can create the blueprint, and Donovan can lay the foundation, but it’s up to this 15-man roster to produce. Not all teams are fortunate enough to have a roster filled with guys who can keep themselves ready to contribute at a moment’s notice. Thanks to the past few seasons, Bulls fans know that big minutes for back-of-bench talent can be a death sentence. Now, we get to trust this team to play just as hard when Troy Brown Jr., Alize Johnson, or even Tyler Cook has to step on the floor. That’s an excellent feeling.

•   Speaking of playing hard, let’s give Nikola Vucevic some love. The clip shared below by Larry Golden (excellent Twitter follow, folks) shows a really strong sequence from the big man earlier this week. I know his shotmaking remains inconsistent, but as we’ve talked about numerous times this year, Vucevic impacts the game in several ways. Not only is he one of the better screeners in the league, but his quick-trigger passing out of the pocket and post has played a significant role in keeping this offense in motion.

1st part of the clip is just showing the effort from Nikola Vucevic, who gets beat and recovers for a block at the rim. which leads to an offensive possession that illustrates how well he passes and reads out of the post and finds a shooter on the wing in Alfonzo Mckinnie. pic.twitter.com/xxgM3j8KGP

•   Vucevic has also fallen into a better groove over the past couple of weeks. He has averaged 19.1 points in his last eight games to go along with 9.4 rebounds. His 42.2 percent clip from the field over this stretch is still a bit discouraging, but he has made us feel better with a 43.3 percent mark from downtown on 6.4 attempts per game. Overall, these are much closer to the kind of numbers we expected to see from the big man in this new role. However, the question now is whether or not he can continue this once both Zach LaVine and DeMar DeRozan are back in the picture.

LOL: Nikola Vucevic Built a Bunch of Legos While He Was in Quarantinehttps://t.co/RstknPbeVT

#SpiderManNoWayHome is so good. I’ll even say Top 5 MCU movies of all time

•   The 1st place Nets have gotten some firepower back.

James Harden and Paul Millsap are out of health and safety protocols according to Steve Nash.

•   Another surgery for Derrick Rose, who is now expected to miss up to eight weeks due to his ankle injury. Get well soon, MVP.

Derrick Rose underwent successful surgery on his right ankle today at the Hospital for Special Surgery. He will be re-evaluated in eight weeks.

•   For a Knicks team that is 14-17 and trying to get back into the playoff picture, the veteran savvy of Rose is a massive loss.

There is an argument to be made that Derrick Rose has been the Knicks’ most-important player this season. He’s in all their best lineups. Organizes the offense. Hits 40 percent of his 3s. Closes often. Knicks are 12.8 points per 100 possessions better when he’s on the floor.

•   The Bears can use all the help they can get, so it’s nice to see an unknown step up in a big way:

Thomas Graham Jr. Showed Up Big in His Starting Debut on Monday Nighthttps://t.co/0QaA22GlVU

Jonathan Toews Says This Season Has Been a “Grind”https://t.co/PW8oIFckdg

•   The MLB lockout marches on, but Brett has you covered on the latest:

MLB Lockout Day 21: Payrolls Are Down to 2015 Levels, and the Luxury Tax is Completely Out of Whack – https://t.co/InyNGPBfy9 (via BN)