Zach LaVine may have missed 15 days, but you sure as heck wouldn’t know it watching him collect bodies on his way to a big slam just minutes into Sunday night’s win over Indiana at the United Center.

He and Nikola Vucevic had the two-man offense working for them in the first quarter (the duo combined for 15 of the Bulls’ 33 first-quarter points, a sight for sore eyes), and it was  just plain good to see with LaVine playing in his first game in over two weeks.

Before the game, acting coach Chris Flemming joked about a minutes restriction for Zach … “of about 44-45 minutes,” and while LaVine managed to clock just 33 minutes tonight, he looked like he could have played 40.

Meanwhile, Vooch was doing a little bit of everything in a big first half, racking up 13 points, seven rebounds, two steals, two blocks, and an assist as the Bulls cruised into 15 point lead at halftime.

Benny the Bull was having fun with the midwest rivalry between the Bulls and the Pacers:

The Bulls were shooting the lights out (north of 60 percent) in the opening half, but the Pacers were able to cut the Bulls lead down to single digits — the Bulls pretty much sleepwalked their way through the third quarter (which, unfortunately, isn’t exactly a novel problem this season).

Here’s what Billy Donovan said about the sluggish third quarters after the loss to Houston on Thanksgiving Eve:

“I’m a big believer of the best players and best teams are internally motivated. They’re not externally motivated. They don’t go out there and look at the scoreboard. They don’t go out there and somebody says something to them, or something happens, and that excites them,” Donovan said. “There’s got to be an internal drive. We have shown signs of doing that. But we haven’t shown signs of doing it consistently enough.”

Fortunately, DeMar DeRozan answered Donovan’s call tonight, taking this game over at the start of the fourth quarter. The Bulls never looked back.

DeRozan scored six points to open the quarter, and then LaVine went on a run of his own, scoring seven of the following nine points. DeRozan scored 24 points on the night, and Zach LaVine poured in 32 points (12 in the fourth) as the Bulls notched their 20th victory of the season and moved to 10 games over .500 for the first time since January 2016.

Check out the MVP chants for DeMar down the stretch! 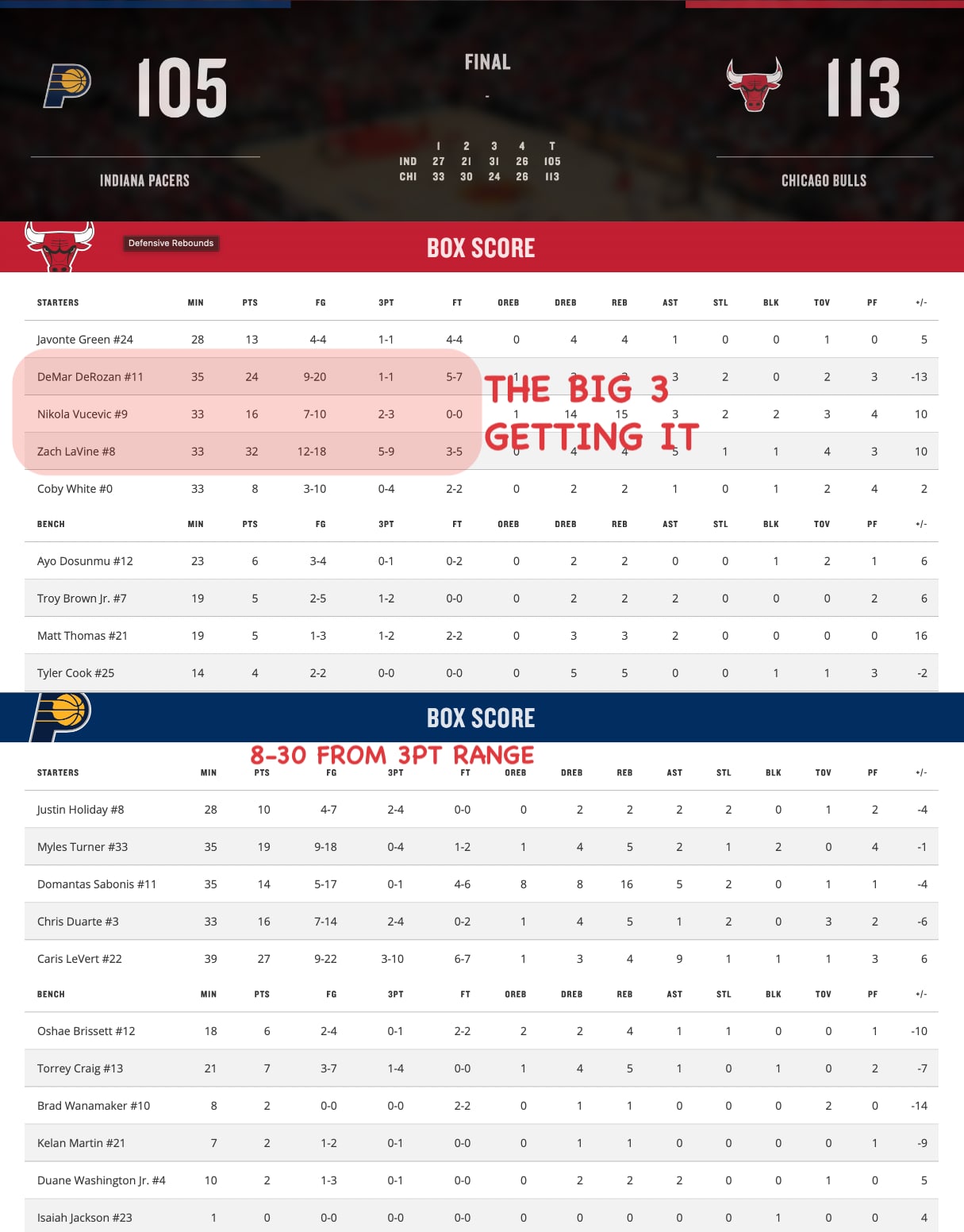