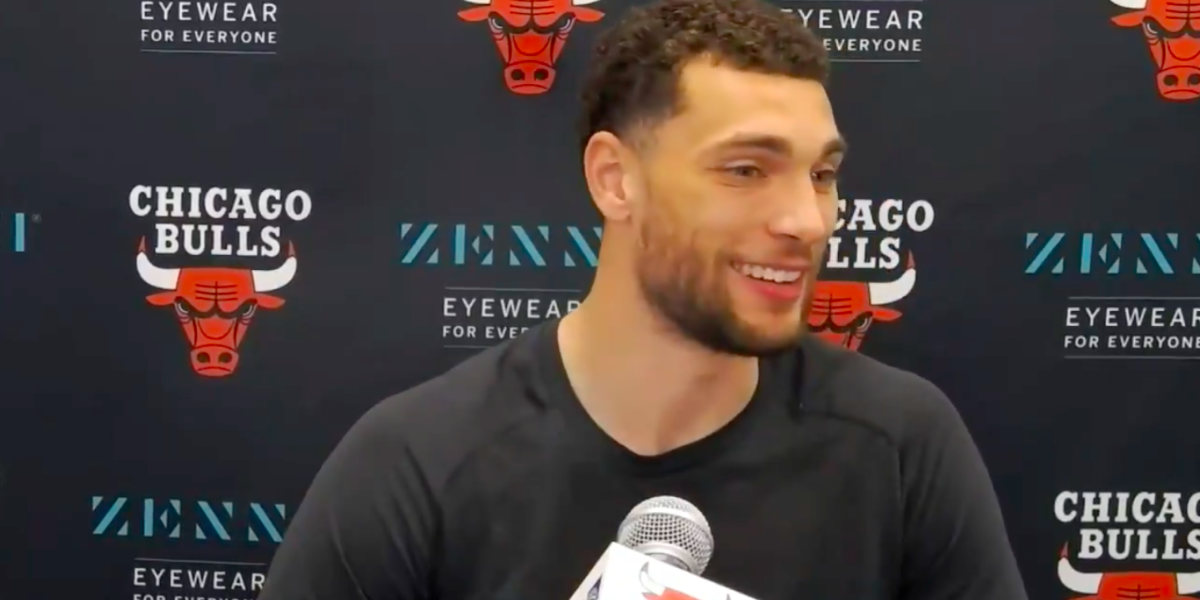 Zach LaVine’s name will be in the Chicago Bulls history books … it will just be somewhere behind Michael Jordan’s.

Living in the Jordan shadow might seem exhausting for some, but the Bulls ultra-athletic shooting guard knows how to have fun with it. StatMuse shared a Tweet after LaVine’s 30-point superstar-esque performance against the Indiana Pacers on Sunday night, pointing out that it’s LaVine 65th game with 30+ points in his Bulls career. This gives LaVine the 3rd-most 30-point outings for the franchise, meaning he is 44 behind Bob Love and a measly … 472 away from The GOAT.

Seeing the insurmountable total put on the screen, LaVine chimed in:

The guy might have a point … are we sure Jordan was real? Like, are we sure he wasn’t a figment of our depressed Chicago sports imaginations? Someone should double-check to be safe.

This isn’t the first time LaVine could only laugh off Jordan’s greatness. I remember last season after the All-Star dropped his first 50-point game, NBC Sports Chicago’s K.C. Johnson let him know he only needed 37 more to tie Jordan’s franchise record.

If we’re being honest, that might be the best way for Bulls players to think about the legend. People wondered for years whether living in his aura was too much to bear for some players, but LaVine has always been someone who looked at wearing a Bulls jersey as more of a privilege than a competition.

“No one is trying to compare you to Michael Jordan. That’s out there,” LaVine said as he pointed in the distance during a 2017 interview with Vincent Goodwill. “You just try to be the best you coming into this situation. You have a great opportunity to be the face of the franchise. You get to be that guy. You want to embrace that … I wasn’t scared. I wasn’t intimidated of it. This is Michael Jordan, the best basketball player ever, you ain’t trying to compare yourself to him. I’m going to be out there and be the best me.”

Since the moment he arrived, LaVine has embraced everything that has come with being a Chicago Bull, and that includes waving to Jordan from the nosebleeds. You got to respect it.